Gabriel Jesus is the latest Manchester City star struck down by injury, leaving teenager Liam Delap their only recognised striker.

Brazil announced on Friday that Jesus had been withdrawn from next month’s World Cup qualifiers after suffering a problem during Monday’s win at Wolves.

Guardiola’s injury problems have deepened, with the manager claiming he has just 13 senior professionals available for Sunday’s home clash with Leicester City. 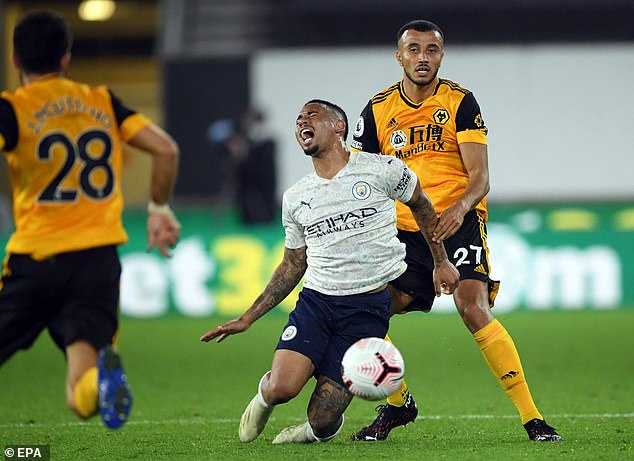 Delap, 17, is in contention to make a Premier League debut after scoring on his professional bow during Thursday night’s 2-1 Carabao Cup third round victory over Bournemouth. Raheem Sterling and Kevin De Bruyne have been used as false nines in previous campaigns.

City have been without Sergio Aguero, Bernardo Silva, Joao Cancelo, Aleks Zinchenko and Nicolas Otamendi, while Ilkay Gundogan remains in self-isolation after testing positive for coronavirus.

Aymeric Laporte is back training but may not be risked tomorrow. John Stones and Fernandinho were also absent on Thursday night and it is unclear who Guardiola can call upon. 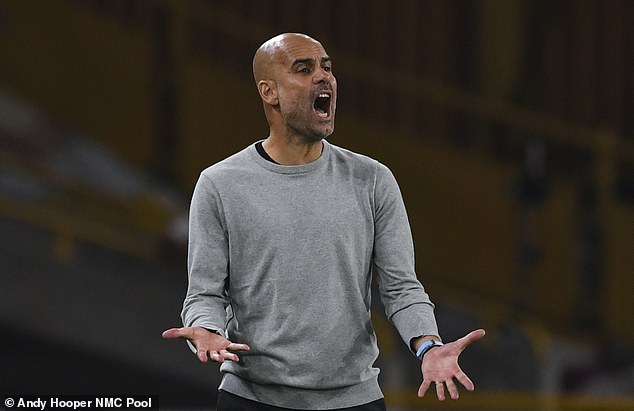 ‘We have just 13 players available,’ Guardiola said. ‘But at this club, excuses don’t exist. We have to win the games. We need the academy, not just for the training sessions.

‘With the problems we have up front, of course Liam will stay with us. We’ll see if we need him or use him.’ Young academy products Taylor Harwood-Bellis, Cole Palmer, Tommy Doyle and Felix Nmecha also have a chance of being named in the squad.

Meanwhile, Sportsmail understands City are on the verge of signing young Rangers striker Adedire Mebude – partly as a consequence of Delap’s rapid rise to prominence. 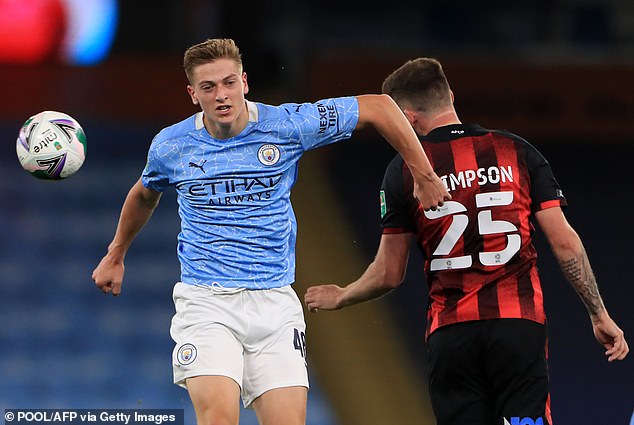 Delap trained with Guardiola’s squad during Project Restart and the club had planned to play the striker up at Under-23 level this season, leaving a slot in their Under 18 team.

That, coupled with Charlie McNeill’s departure for rivals Manchester United, has seen City move for 16-year-old Mebude, who is expected to sign for a fee in the region of £200,000.

Jamie Carragher pokes big holes in Jadon Sancho transfer saga as Man Utd dither
Liverpool’s Rhian Brewster makes transfer choice amid Sheffield United interest
Best News
Recent Posts
This website uses cookies to improve your user experience and to provide you with advertisements that are relevant to your interests. By continuing to browse the site you are agreeing to our use of cookies.Ok