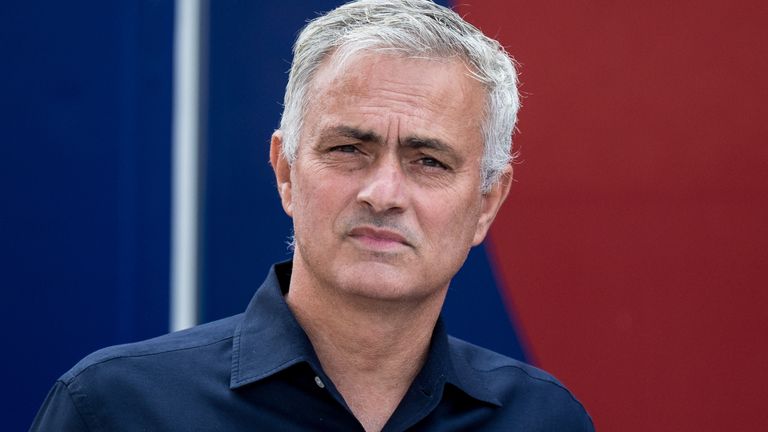 Harry Kane is the only recognised striker in Spurs’ first-team squad this season, with Heung-Min Son often deputising for the England captain when he is out injured.

But the Spurs head coach, who says he “needs a striker”, is confident the club will meet his demands in the transfer window.

“I want a striker,” said Mourinho at a news conference ahead of Spurs’ Premier League opener at home to Everton on Sunday, live on Sky Sports.

“But I want to make it very clear that the club – if you want to call it the club or the structure above me – knows I need a striker and they also want a striker.

“I believe we will get a striker, I honestly believe so.”

Mourinho has spent in the region of £30m on the signings of free agent goalkeeper Joe Hart, right-back Matt Doherty from Wolves and midfielder Pierre-Emile Hojbjerg from Southampton this summer.

The former Chelsea, Real Madrid and Manchester United boss says he “does not envy” his rivals that are free to spend big this summer, insisting he is “so happy” with the squad he has following his three arrivals. 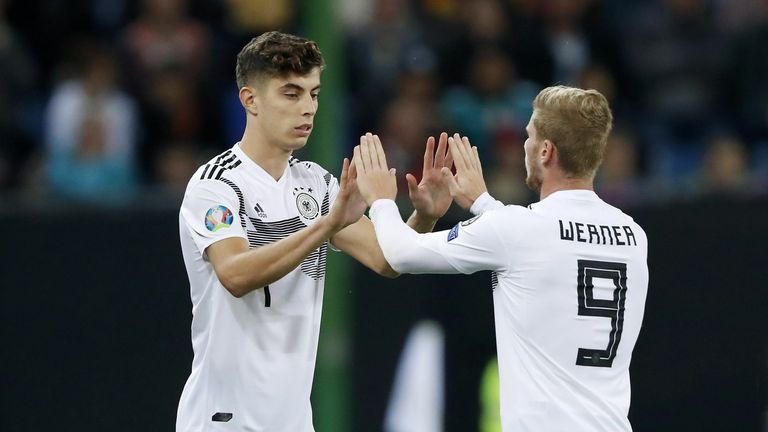 “The other day Jurgen Klopp said Liveprool is not a club of oligarchs or belonging to countries,” he said.

“We are the same so we are not the kind of club that can go to the market and spend a fortune on players.”

Mourinho was also asked directly about the transfer business of his former employees, Chelsea, who have spent nearly £200m on six signings this summer.

“Good for them if the club can do it and if that is their priority … They are what they are, they do what they do,” he said.

‘Difficult for Rose to stay at Spurs’

Mourinho also said he was happy for left-back Danny Rose to leave the club.

Rose, who has a year remaining on his contract at Spurs, is wanted by Serie A club Genoa, according to Sky in Italy. It is understood that Genoa have held discussions with the north London club for Rose.

Mourinho claimed to be in the dark about potential suitors for Rose but made it clear the 30-year-old is not in his plans for the season and said it would be “very good for him” to go to Genoa. 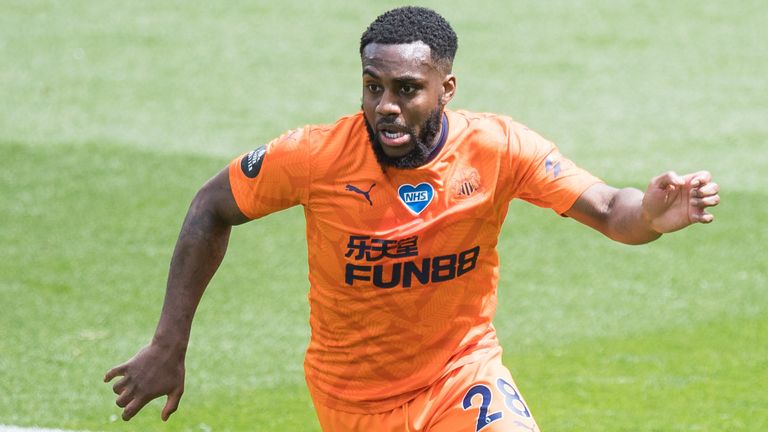 Rose fell out with Mourinho over playing time last season – and a video of their discussion was released this week as part of Spurs’ ‘All or Nothing’ documentary on Amazon.

“I think it was one of the things that was very clear in the Amazon Documentary, it’s that Danny is the kind of guy that wants to play all the time,” added Mourinho.

“Some players are more adapted to belonging to a squad with lots of quality here it is not so easy to play and the competition is higher, other players are only comfortable if they are in a team where they play all of the time.

Arteta responds to Alexandre Lacazette transfer rumours after showdown talks
Steve Bruce pleased with Newcastle signings amid takeover ‘storm’
Best News
Recent Posts
This website uses cookies to improve your user experience and to provide you with advertisements that are relevant to your interests. By continuing to browse the site you are agreeing to our use of cookies.Ok