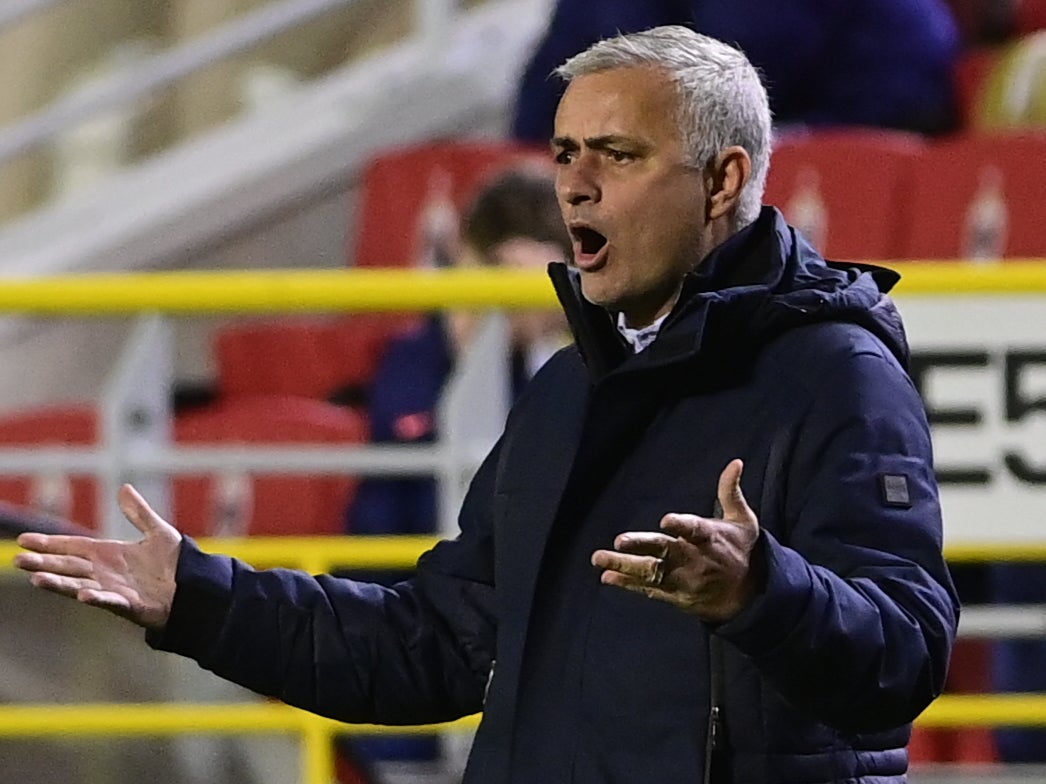 Mourinho was unimpressed with his side’s display

Alli looked to be on his way out of Spurs during the summer, but the arrival of Gareth Bale did not lead to Alli’s exit even though it has put him on the fringe of the squad this season.

But former Spurs striker Glenn Hoddle believes that he needs to be ready to take the rare opportunities that come his way, with Thursday night proving one that slipped through his grasp that Mourinho will not have missed.

“I think it is (getting difficult for Alli),” Hoddle said. “This was his opportunity and Jose put him in and said ‘put it (a good performance) between my eyes’. But it just didn’t happen for him.

“In his overall game, he’s giving the ball away too much at times. His options are there and he’s trying his best but it’s not happening for him. Sloppy play is not going to get him back in the team.”

Fellow BT Sport pundit Owen Hargreaves called on Alli to stop playing it safe and to go back to the free-flowing football that made him one of the best midfielders in the Premier League under Mauricio Pochettino, having endured a dramatic slump in form over the past year.

“He’s lacking in confidence and he’s making mistakes,” Hargreaves said. “He knows he’s being watched like a hawk by Mourinho, but when your confidence is low you play safe.

“He was just stopping the ball dead instead of keeping it moving. He’s not trying to make mistakes. He needs to get that freedom (which we saw) when he was outrageous a few years ago.”

Man Utd to offer AC Milan ace Calhanoglu five-year deal as Ole eyes free deal
James Rodriguez's stats analysed as Everton look to bounce back against Newcastle
Best News
Recent Posts
This website uses cookies to improve your user experience and to provide you with advertisements that are relevant to your interests. By continuing to browse the site you are agreeing to our use of cookies.Ok