Jose Mourinho has held talks with Chelsea winger Willian about a move to Tottenham Hotspur. The 31-year-old is set to become a free agent at the end of the season when his contract expires.

Chelsea want an extension but an agreement has yet to be reached due to the player’s demand for a three-year deal.

Mourinho is eager to sign Willian for the second time in his managerial career and has identified the Blues ace as a priority transfer target.

Despite the Brazilian turning 32 next month, the Tottenham boss is convinced a deal is worth pursuing.

According to Football Insider, Spurs have already offered a lucrative contract to Willian, which includes a hefty signing-on fee. 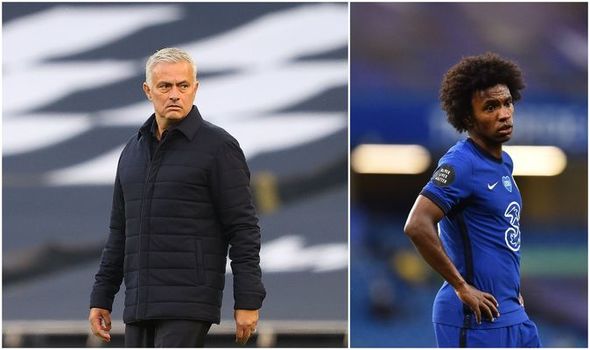 A short-term contract extension to cover the remainder of the 2019/20 campaign was agreed between Willian and Chelsea but the two parties remain at loggerheads over a longer-term arrangement.

Frank Lampard is eager to retain the 70-cap international’s services, despite adding Hakim Ziyech and Timo Werner for next season and setting his sights on Kai Havertz.

“I haven’t given up hope on it,” Lampard said.

“The club are still in discussions with him. We want him to stay but I also appreciate the fact this contract for Willian is a big deal because of his age.

“I have been there before myself, but the way he is playing at the moment shows his worth to the squad and I hope it is something we can get to.

“Whichever way, he has been a great servant to the club and if we can get there, I’ll be happy. If not, I will certainly wish him well as I have a lot of time for him and in the short term, we can see what he is doing for us.”

Willian has highlighted his quality by scoring four goals since the Premier League restart.

He provided two assists in Tuesday’s win at Crystal Palace, and Lampard said: “He was extremely influential. I mean he and Christian (Pulisic) are a threat for us at the minute. 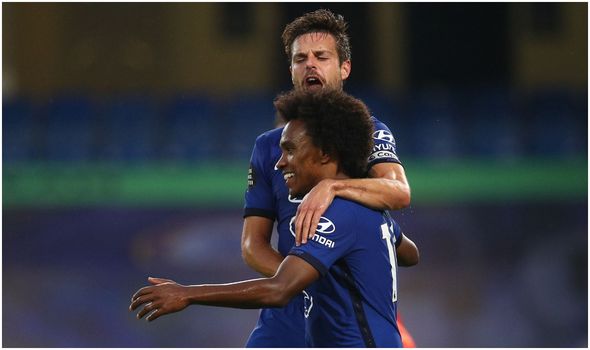 “When you think of Willian and his situation, the impact he is having in all the games at the minute with his speed and how he controls the ball and his quality which we all see in every game, I am so pleased with him.

“He has been brilliant for us with both of those things and Willian deserves huge credit.”

Tottenham are also looking to raid Southampton for Pierre-Emile Hojbjerg.

Arsenal star convinces Mikel Arteta and Edu to shelve transfer plan
Uncertainty clouds Tottenham and Arsenal’s futures ahead of strange north London derby
Best News
Recent Posts
This website uses cookies to improve your user experience and to provide you with advertisements that are relevant to your interests. By continuing to browse the site you are agreeing to our use of cookies.Ok