Jose Mourinho was clearly unhappy at seeing Tottenham momentarily reduced to 10-men after Eric Dier had to leave the pitch during their Carabao Cup tie against Chelsea. Spurs were down 1-0 due to a first-half goal from Timo Werner but were looking the likeliest of the two sides to score the game’s next goal after the restart.

Mourinho’s side were pushing Chelsea back but the Blues soon found their footing back in the game.

And they were almost helped when Dier strangely left the pitch in a hurry to go straight down the tunnel.

Thankfully for Tottenham, the Chelsea winger skied his effort high and wide. 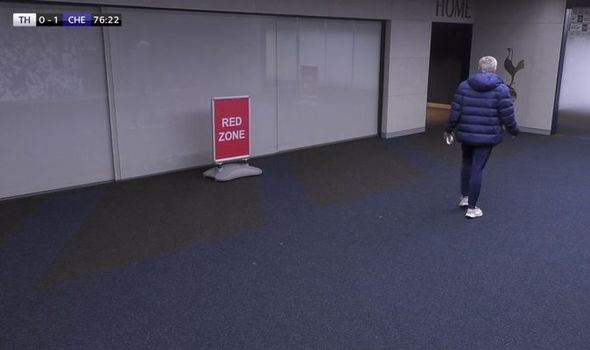 But Mourinho was seething and he immediately marched down the tunnel after Dier seemingly to tell him to hurry up.

Cameras panned to the tunnel just outside Tottenham’s dressing room with the 26-year-old soon running back out onto the field.

Mourinho soon followed Dier back out onto the pitch, clearly still flustered by the whole situation.

It appears as though Dier had an emergency toilet break as he could be seen doing up his shorts as he ran back on to the pitch.

“Strange scenes as @ericdier runs off the pitch to the dressing room, followed hastily by Mourinho,” he tweeted.

“Then Dier runs back out to resume playing. Presumably he needed the loo.

“Players just don’t s*** on the pitch anymore. What’s wrong with them?”

Tottenham player ratings vs Chelsea: Ndombele and Lamela impress as Spurs win on penalties
Frank Lampard has shown he will be no pushover in managerial career
Best News
Recent Posts
This website uses cookies to improve your user experience and to provide you with advertisements that are relevant to your interests. By continuing to browse the site you are agreeing to our use of cookies.Ok