Tottenham boss Jose Mourinho admitted he wanted to change his entire line-up at half-time after seeing his side slip to a 1-0 loss against Royal Antwerp. Mourinho made nine changes to his squad from the team who beat Burnley on Monday night.

Players such as Dele Alli, Carlos Vinicius and Gareth Bale all earned a rare start having barely featured so far this season.

But Spurs were toothless in the opening 45 minutes, barely threatening Jean Butez.

And they were duly punished for some sloppy play in the half-hour mark when Dieumerci Mbokani broke the offside trap before laying the ball off to Lior Refaelov to fire past Hugo Lloris.

Mourinho responded by making four substitutions at the break, including hauling off Alli, Vinicius and Steven Bergwijn.

JUST IN: Jose Mourinho sends Dele Alli message after being ‘hurt’ by situation 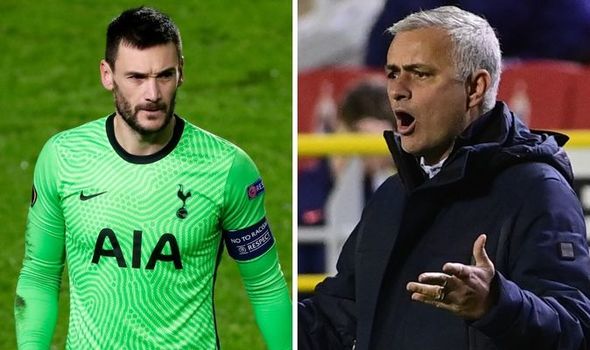 Bale didn’t last much longer as he was soon taken off for Harry Kane.

Tottenham improved in the latter stages but they still failed to register a single shot on target as Antwerp held on for a famous victory.

And Mourinho didn’t hold back in his assessment of his side’s performance.

“I didn’t make five as was afraid of a long 45 minutes.

“At half-time I tried to improve the situation but was not enough.

“Second half we improved. In the end Antwerp got what they deserved.

“The best team won and the worst team loss.”

Mourinho made it clear before the game that tonight was an opportunity for those on the fringes to stake their claim for a regular starting spot. 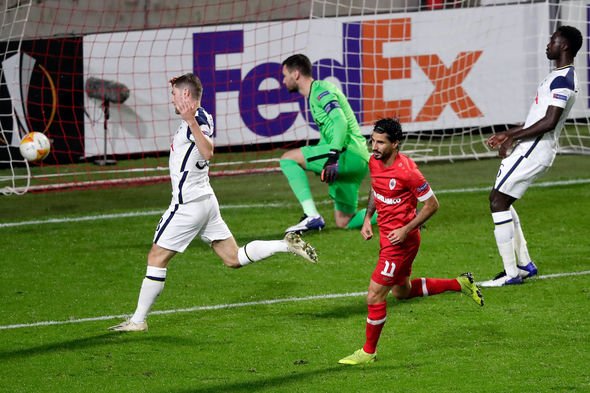 But the Spurs boss admitted the performance against Antwerp has made his selection process much easier going forward.

“You know what our best team is,” Mourinho added.

“I always like to think the players deserve an opportunity. We have a big squad.

“It’s also their opportunity to catch the chance with both hands and ask for more.

“Tonight my future choices are going to be very easy.”

Mourinho says Alli still has a future at Tottenham despite exclusion

Gattuso calls for calm after Victor Osimhen wows with hat-trick

Burnley STILL in talks with 'interested parties' over a £200m takeover

Joe Gomez exclusive: How defender put injury worries behind him to become pillar of Liverpool defence

Lille 2-2 Celtic: Celik and Ikone pull it back for Galtier's men
Lior Refaelov condemns dire Tottenham to defeat against Royal Antwerp in Europa League
Best News
Recent Posts
This website uses cookies to improve your user experience and to provide you with advertisements that are relevant to your interests. By continuing to browse the site you are agreeing to our use of cookies.Ok