Tottenham will be prevented from winning the Premier League title this season because of their three first-choice centre-backs – Toby Alderweireld, Davinson Sanchez and Eric Dier. That’s the verdict of former Aston Villa striker Gabby Agbonlahor.

Spurs sit second in the table heading into the international break having won five of eight games, including all of their last three.

The north London club are unbeaten since the opening day of the season – the longest streak in the division – and only Chelsea (20) have scored more goals than their 19.

The form of Harry Kane and Son Heung-min in particular has seen Spurs tipped to compete for the title as they look to end a 60-year wait for a top-flight championship. 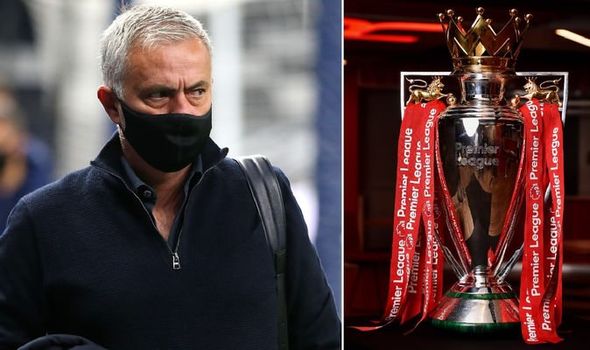 But Agbonlahor believes Spurs’ senior centre-half options will let them down across the campaign and derail their hopes of rivalling Liverpool, Manchester City and possibly even Chelsea for the main domestic prize.

Though the Londoners also added Joe Rodon to their squad from Swansea City on transfer deadline day in the summer, Agbonlahor does not rate Alderweireld, Sanchez or Dier as good enough to win a title.

That’s despite Alderweireld and Dier helping Spurs keep two clean sheets and concede just one goal in their past three league games since giving up a 3-0 lead to draw 3-3 with West Ham last month. 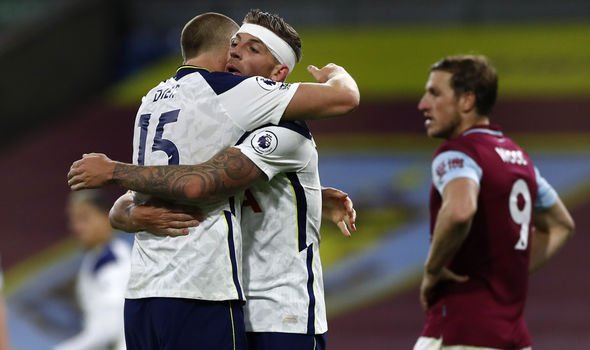 “You win a game you move up four places you go down four places. Spurs will be up there in the top four.

“But I just don’t see them winning the league because of their defence, I don’t think their defence is up to scratch, really, and they will concede goals.

“I look at their centre-backs and I just see there’s goals to be leaked there. They haven’t got that big centre-half who is going to get you out of trouble.

“Alderweireld, Sanchez, Dier, they’re okay defenders but I don’t think they’re the ones who are going to take Spurs to a title.”

Discussing Spurs’ start to the season after a late win over West Brom at the weekend, Mourinho said: “No, no, no.

Jack Wilshere would snub Tottenham offer despite having no club

“It’s all about balance, taking it match by match, looking for improvement and seeing what happens.

“I expected a couple of more points in the Premier League. We lost points we shouldn’t have and also in the Europa League we have six points now when I expected to have nine.” 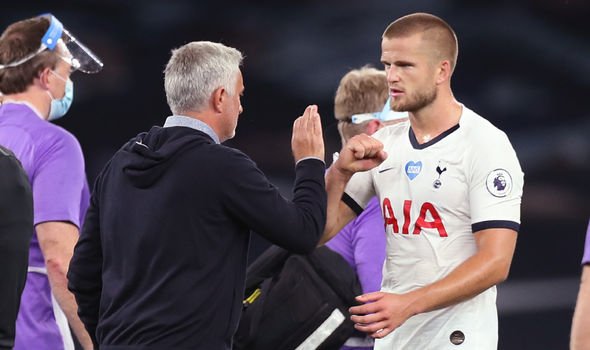 He said on The Gary Neville Podcast: “Tottenham, I said a couple of weeks ago they couldn’t win the league, and I still don’t think they can.

“[Jamie] Carragher said it would be the most outstanding story if Mourinho won the league with Tottenham and I do agree with that.

“It would be something that would alarm Manchester United fans, Chelsea fans, Arsenal fans.

“It would be one of the great stories because Tottenham don’t win titles. He’s got the forward players to do it, you think of the strike force and the goals – it’s incredible.”

Ryan Reynolds and Rob McElhenney make Wrexham takeover progress with huge promises
Thomas Partey credited with taking Arsenal back to "Patrick Vieira days"
Best News
Recent Posts
This website uses cookies to improve your user experience and to provide you with advertisements that are relevant to your interests. By continuing to browse the site you are agreeing to our use of cookies.Ok