Mikel Arteta could clearly sense it was coming. During the second-half drinks break, he was getting increasingly irate with his players, and was visibly agitated. That’s one thing about these much-discussed intervals. They don’t just offer a chance for managers to talk to their players, but also offer a rare window into their mood and how they speak to them. It’s essentially a dressing room team talk on the pitch.

Tottenham Hotspur had been the inferior side up to that point, and looked very lucky in some moments, but there was nothing close to such agitation. Jose Mourinho was calm. It was as if he knew Arsenal would look to keep playing, and thereby play into his hands.

Arteta knew it too – and that’s how it played out.

Mourinho got an important victory after the discussion of the last week, but within that there was an important point.

This really wasn’t a game won by a Mourinho masterclass, or any of the usual cliches that come out amid the clarity of victory.

It was decided by Arsenal’s ongoing problems, that Arteta is trying to fix.

“Obviously if you give away the two goals away that we have given against these players, it’s very difficult to win a derby,” the Spaniard said.

For their part, Spurs were waiting to expose those problems, and Mourinho was typically engaging when explaining his side’s approach.

“Since Mikel changed to wing-backs, I think they’re playing very well. I thought I needed to give the team a different shape and to control that we would be in a better position to try to win the game.

“They play with [Hector] Bellerin and [Kieran] Tierney really wide and high, then they bring [Pierre-Emerick] Aubameyang and [Nicolas] Pepe or [Bukayo] Saka to the inside.

“I wanted my back four to be focused on closing the central areas and jumping only to the wing-backs in special occasions. For that I needed a sacrifice from [Moussa] Sissoko and Lucas [Moura].

“Even then we had two targets in attacking transitions and to go on to change the direction of the play.

“So it was our strategy for the game but more important than that was the players. The mentality and the way they embraced the game and the rivalry with Arsenal.”

It worked well on the day – but that’s kind of the point. It’s for the day. Mourinho remains adept at seeing an opposition side’s approach and working out a defensive system for it. 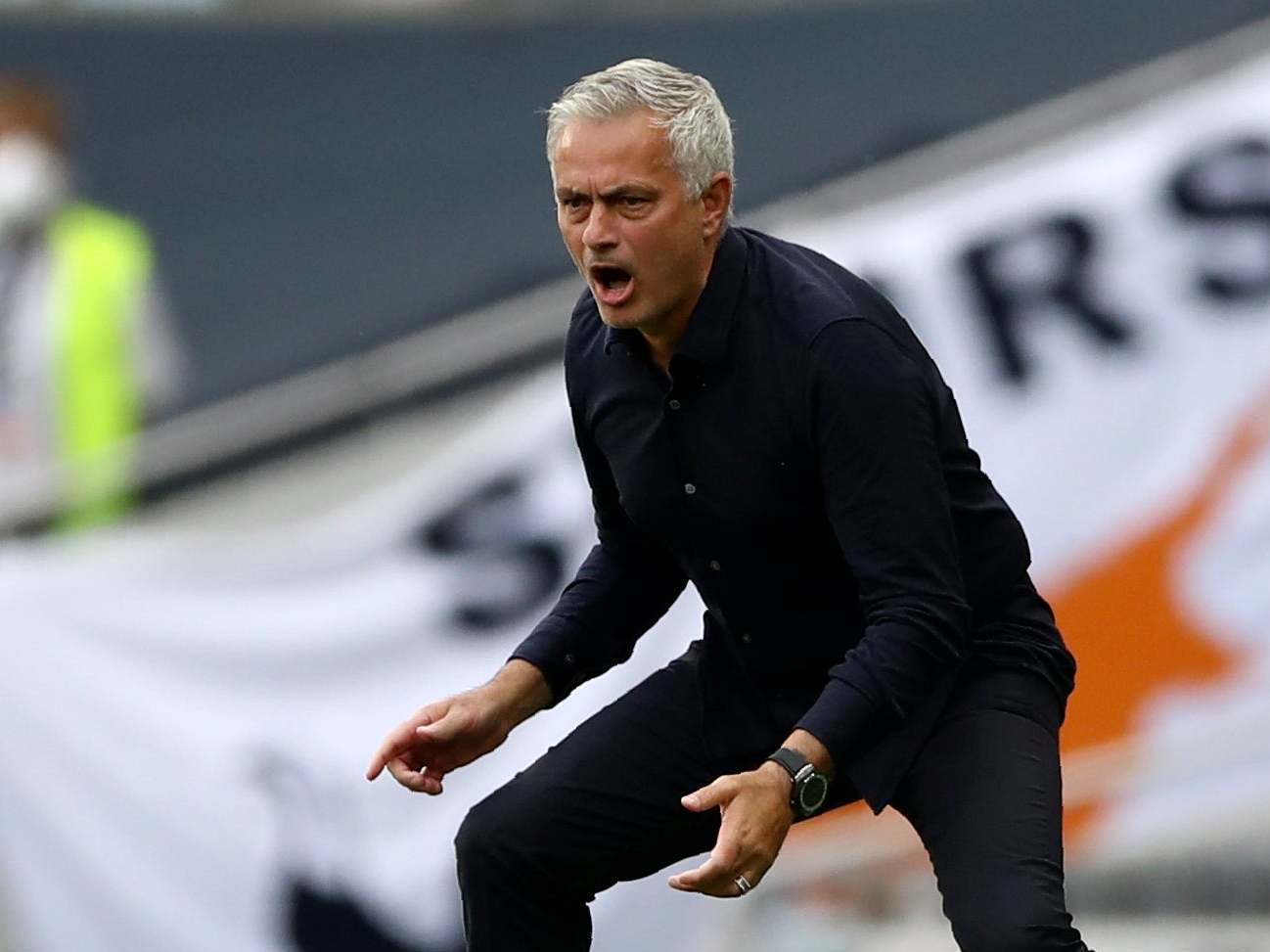 That’s fine in the short term, or one-off games. It is not, however, a sustainable long-term vision – which has been part of the issue. That was seen plenty at Manchester United. There were many of these types of wins. It didn’t mean he had the right idea for the club.

Arteta is trying to implement such an idea. There were even signs of it against Spurs for much of the game, which made it all the more frustrating for him.

“The way they played today, the personality they showed to come into this ground and show who we are, nullify the opponent, press them high, force them to kick the ball long and defend in a low block which is exactly what we wanted them to do.

“It is mentally tough because your mindset is [that] you’re ahead, you’re controlling the game. Everything we talked about is actually happening and then you just give that moment away and mentally [it] affects the whole mood, momentum and energy.

“Every game something happens, a little margin here, a little margin there and I’m sure we will get there. I’m proud because I’ve never seen them play like the way they did today in this ground so that’s a positive.”

The result was not. Arteta is trying to look at the bigger picture. Mourinho can revel in the day.

Man City escape UCL ban after appeal
Wilfried Zaha responds to arrest of 12-year-old: ‘It is not enough to be disgusted by these messages’
Best News
Recent Posts
This website uses cookies to improve your user experience and to provide you with advertisements that are relevant to your interests. By continuing to browse the site you are agreeing to our use of cookies.Ok