Jude Bellingham has admitted Borussia Dortmund was the “best place” for him this summer after snubbing an approach from Manchester United. The teenage winger burst onto the scene last season at Birmingham with clubs all over Europe looking to prise him away from St Andrew’s.

United made their case by sending both Sir Alex Ferguson and Eric Cantona to try and convince him of a move to Old Trafford.

He was also given a tour of United’s training ground back in March, but Bellingham ultimately chose to make the jump to the Bundesliga.

And he’s already established himself as a regular at Dortmund, starting four of their six Bundesliga matches so far.

The 17-year-old also bagged his first goal for the club back in September in the 5-0 win over Duisburg in the DFP-Pokal. 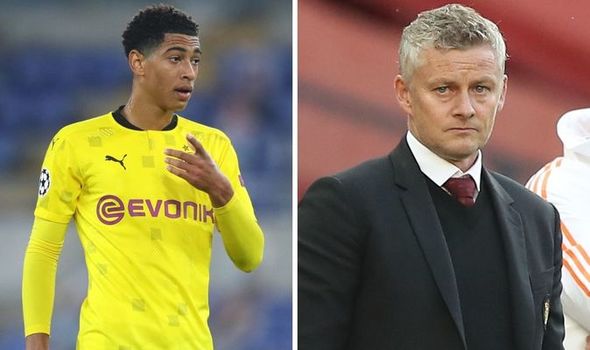 United were desperate to bring the winger to the north west, but Bellingham believes he’s made the right choice in joining Dortmund.

“Manchester United have a great squad – and my decision had nothing to do with Man United,” he told BBC Sport.

“Dortmund was the best place for me.

“After that, you ignore everything else.

“It’s been easy to build a connection because I can relate to my team-mates a little bit more.

“A lot of them are in a similar boat, especially Jesus and Gio, who are a similar age and points in our career.”

Jadon Sancho was United’s main transfer target in the summer and Bellingham is hoping to enjoy a similar rise to stardom as his compatriot in Germany.

“Jadon is a big example for someone English and my age,” he added. 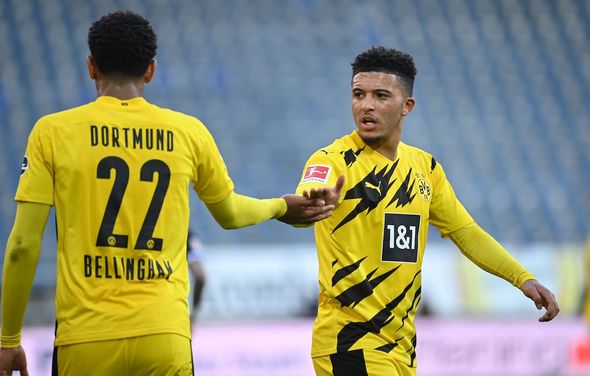 “We’re all trying to play but, specifically, we’re trying to make that next step into Europe’s elite. Jadon has done that perfectly.

“There’s no denying that, and looking at his journey was a massive factor for me.

“I didn’t really speak to him before I came out, I sort of did it through other people. I would mention something and they would say: ‘Jadon thought the same about this or that.’

“Hopefully I can mirror what he has done.”

Chelsea boss Frank Lampard provides Christian Pulisic injury update ahead of Rennes clash
Chelsea boss Frank Lampard reveals Christian Pulisic hamstring scan results
Best News
Recent Posts
This website uses cookies to improve your user experience and to provide you with advertisements that are relevant to your interests. By continuing to browse the site you are agreeing to our use of cookies.Ok