Did you know more men have walked on the moon than have managed a side to the Premier League title?

Yes, it is a statistic with caveats – “Premier League” being one of them. Then of course there’s the flippant nature of football. Before Pep Guardiola’s double, Chelsea won the title twice in three years under two different managers. Not to mention that, after 12, the moon became a bit old hat, with scientists and affiliated space enthusiasts setting their sights higher.

On Thursday night, we got a little closer to that nugget becoming obsolete when Jurgen Klopp became the 11th different man to lift the Premier League trophy. The charismatic German joins a very select group, another name embossed into the fabric of modern English football.

That it is a first for Liverpool as well as him is another reason this matters more. Just as with Claudio Ranieri and Leicester City in 2016, Klopp is the miracle-maker. And at the same time, he is the one who revived the dream and made it come to life. Thirty years and eight managers after Kenny Dalglish brought a league title back to Anfield, Klopp has done so, too.

Perhaps the most time immune debate is whether the manager makes the team or the team make the manager. But when a side wins their first title, it is the man in charge that history recalls most fondly.

There are fairly straightforward reasons for that. While those on the pitch provide the pictures for these stories of triumphs, managers give them the ideas and then articulate them to us with words in press conferences throughout a season. That, along with presence on the touchline, puts them at the forefront of our minds. Not all that they say matters – “dilly ding, dilly dong”, anyone? – but even that which seems inconsequential at the time makes the script.

Then there’s the way in which we view these managers with an almost parent-like reverence. It’s at its clearest in the fanbases of Manchester United and Arsenal – sons and daughters of Sir Alex Ferguson and Arsene Wenger who grew not just as fans but people under them. Even Roberto Mancini, sacked a year to the day he took Manchester City to their first Premier League triumph, will hold light blue hearts forever.

In that sense, is there anyone better for the all-encompassing nature of the role than Klopp? An elite manager who dotes. A father figure who challenges and reprimands. The best way to judge both are to hear what those under them say behind their back, and when it comes to the former, it’s hard to find a bad word about him. That’s the other thing about first titles, too – they bind generations. And Klopp has brought together those starting to forget what a league trophy looked like after number 10 with those who never knew.

His modernity is especially vital. The methods are as contemporary as his persona, which – at a time when football’s cult of individual is so strong – gives him a status and awareness that seems a necessity nowadays. And while that previous sentence is a reminder of how far football has come in the age of the Premier League, where soul has been portioned off for the banality of celebrity culture, Klopp – and indeed players under him – have done their utmost to revive the game’s conscience and socialism. 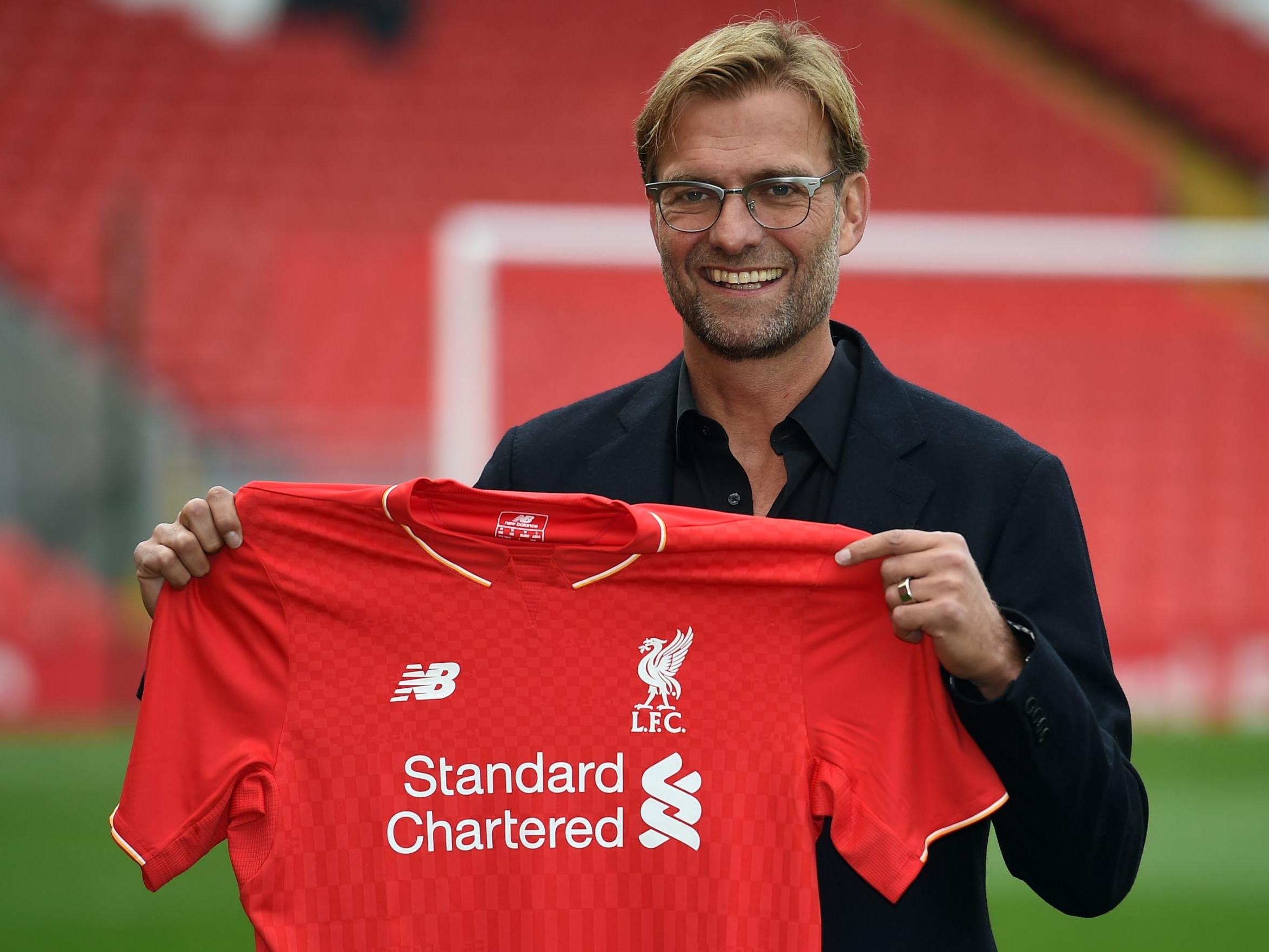 So not only is he one of the 11, but he is one of the six – alongside Ferguson, Wenger, Mourinho, Mancini and Ranieri – who shepherded his side to where they had never been. Only the first three were able to build a home, and only the first two are still welcome. There is little to suggest Klopp is incapable of moving into both tiers.

But that is something for later, and certainly something for those who do not have Liverpool blood. For those who do, he will sit in permanence alongside the likes of Watson, Ashworth, McQueen, Kay, Shankly, Paisley, Fagan, Dalglish – the managers owed a gratitude for choosing the city of Liverpool. The ones they will never stop singing songs about, whose names they will continue to write on pages, sheets and walls.

Whether you square this title win as a first step or a giant leap, there’s no reason for this to be a last for Liverpool. And no reason for it to be Klopp’s last, either.

Fantasy Premier League tips: Best transfers for GW32+
Frank Lampard backs Christian Pulisic to become a key Chelsea player
Best News
Recent Posts
This website uses cookies to improve your user experience and to provide you with advertisements that are relevant to your interests. By continuing to browse the site you are agreeing to our use of cookies.Ok