Jurgen Klopp does not care for the finer details over where and how Liverpool can win the Premier League title as the efforts underpinning a remarkable season will be what defines the triumph for him.

The league leaders host Crystal Palace on Wednesday night and require just five points from eight games to end a three-decade wait to be crowned champions of England.

If victory is secured against Roy Hodgson’s charges and Manchester City fail to defeat Chelsea on Thursday at Stamford Bridge, Liverpool will secure the trophy they have craved above all without kicking a ball.

Klopp, who won consecutive Bundesliga titles with Borussia Dortmund between 2010 and 2012, is not overly fussed over the setting of their success, however.

It is inconsequential given their failure to pick up maximum points in all but three of their 30 fixtures thus far in what has been a benchmark-setting campaign.

It also fades into the background when taking into consideration the length of their drought.

“Honestly, if it will happen I don’t care too much where it will be,” Klopp said. “To be in a stadium, in a game with a decisive goal, is not too bad and I had that twice.

“Winning the Champions League final and being in the stadium when that happens is pretty good as well. But, again, life is not perfect, so you have to deal with the circumstances and that is what we do.

“I don’t want to talk about what we do if we win it, I just don’t care. I will feel what I feel and speak enough about it then if it happens.

“Until then I just don’t think about it. There is nothing to plan around it, but people don’t bother me with that if there is, because I am not interested.

“I want to win football games and, if something happens, we will react on that. The rest, I don’t care.” 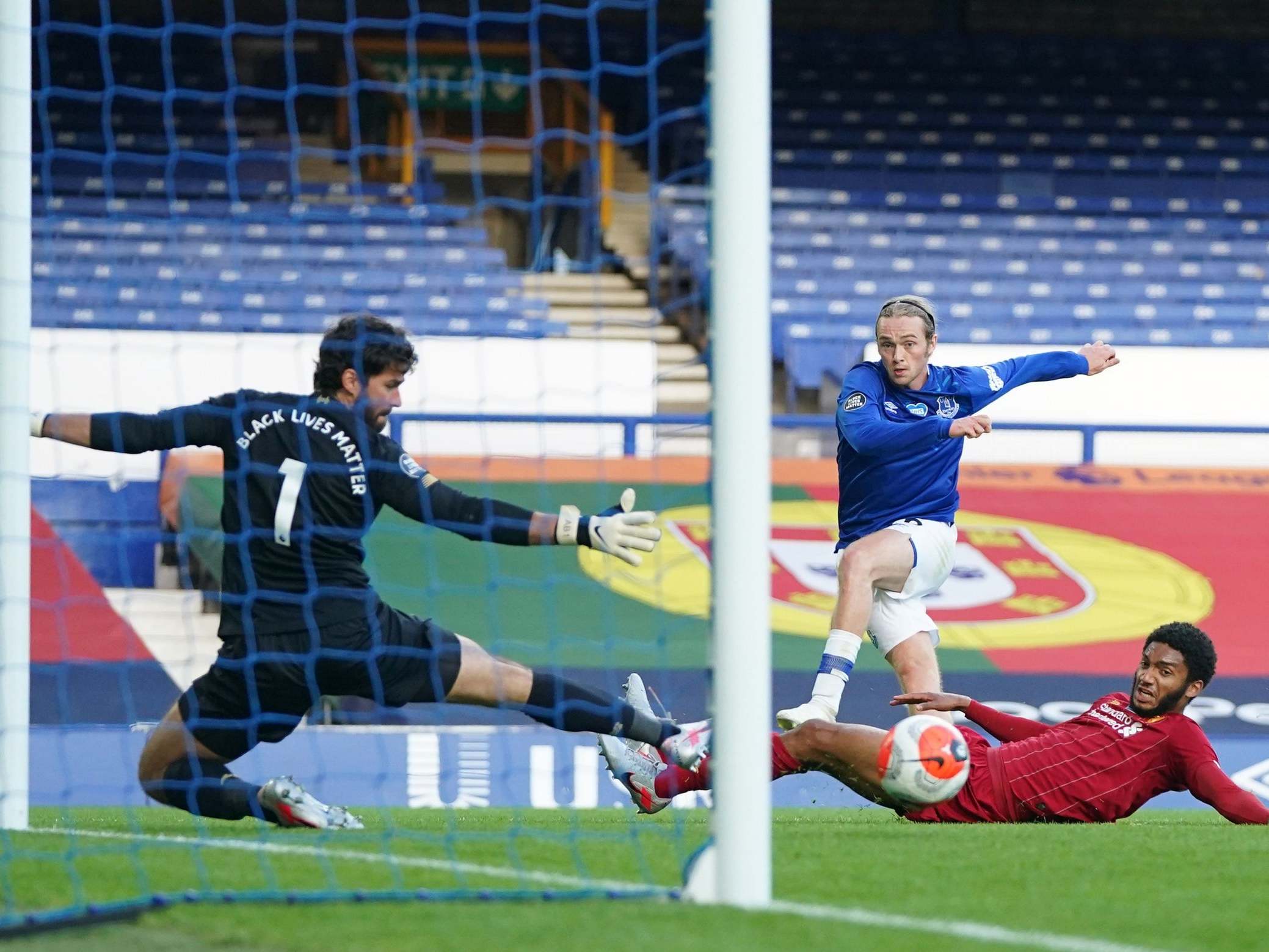 Liverpool have been victors in their last 22 league matches at Anfield, the best ever winning run at home in English top-flight history.

The last team to get the better of them on their own turf was Palace in April 2017 and they were also responsible for Klopp’s first loss in charge of the club in November 2015.

On that Sunday evening nearly five years ago, Scott Dann’s late header secured a 2-1 win for the Selhurst Park side and forced a mass exit of home supporters from Anfield.

“Eighty-two minutes—game over,” Klopp assessed at the time. “I turned around and I felt pretty alone at this moment. We have to decide when it is over.”

On Wednesday night, sans any fans, the manager admitted it would feel even more lonely on Merseyside, but explained the development from then to now.

“On that day, I felt literally alone because so many people left the stadium and I thought it was important that night to make a statement that things had to change,” Klopp explained.

“We had to change and supporters could change as well if they wanted to help.

“I’ve never felt alone again since then, honestly, and I will not feel alone when something special will happen, whenever it will happen.”

Roberto Firmino, Divock Origi, Dejan Lovren and Adam Lallana are the only players still at Liverpool from the matchday squad against Palace from that November, with the latter set to leave as a free agent at the end of the season.

Nathaniel Clyne, who had started at right back, has been doing individual sessions and is out of contract at the end of June.

“We tried to deal with the situation. A few weeks before we lost that game to Palace, I came to Liverpool in the October. It was a cold night against Palace, I remember that, but I don’t know too much about that time any more. 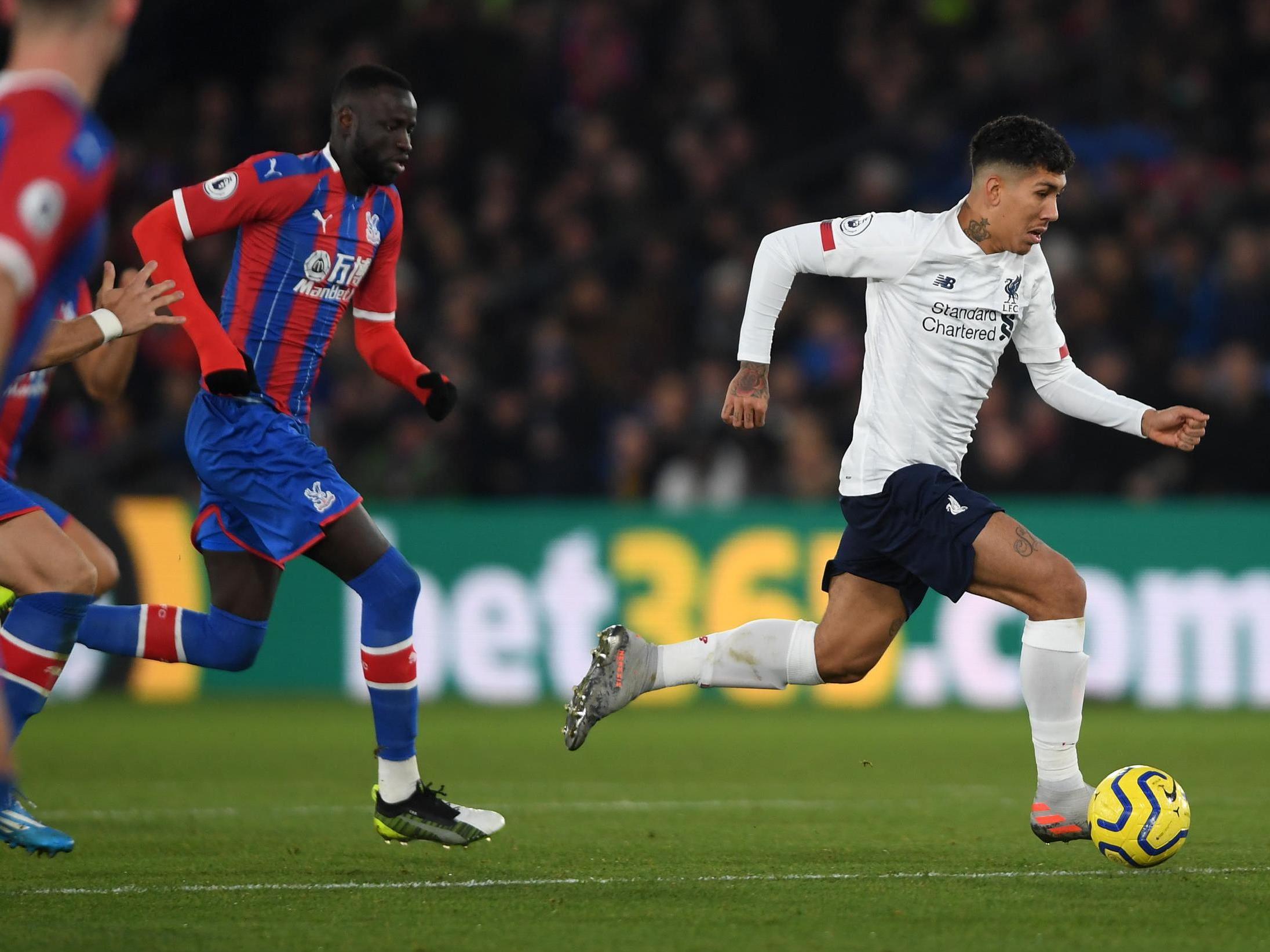 “The only thing I know is that the team we had at the time, and the team before that, was the basis for what we have now. They created the mood that we could build on, even if the mood was not that good in the moment. We had to use the fact that people wanted to change things.

“If people don’t want to change and think everything is fine because a new manager is coming then nobody is bothered. The situation was our starting point and losing to Crystal Palace that night maybe helped more, because I could make this kind of statement after the game.

“It was not planned, it was just what I felt in this moment, and it helped us to come together closer, because people discussed the influence of supporters in the stadium that night.

“They had to think about it and thought: ‘Okay, we are not just there for the start and for 80 minutes of the game, the team needs us for 95 or 100 minutes or however long it will go.’

“That was important. A lot of things have changed, I couldn’t tell you how many players, but the team at that time was not so bad and the team now is a pretty good one.

“A lot of things we did in the past obviously worked out and may that continue forever! That would be really cool.”

Premier League and EFL locked in dispute over transfer deadline plans
Tottenham vs West Ham: Five things we learned as Harry Kane strike seals Spurs win over London rivals
Best News
Recent Posts
This website uses cookies to improve your user experience and to provide you with advertisements that are relevant to your interests. By continuing to browse the site you are agreeing to our use of cookies.Ok