Jurgen Klopp has paid a touching tribute to Liverpool’s unsung heroes after the Reds’ 30-year wait for top-flight glory ended as Chelsea beat Manchester City 2-1 on Thursday night. Goals from Christian Pulisic and Willian at Stamford Bridge ensured City no longer have a mathematical chance of catching runaway Liverpool.

The Premier League title win brings down the curtain on three decades of hurt for the red half of Merseyside.

Klopp has showered praise on his current players, as well as the big names who have helped carry Liverpool through those dark days.

And he’s now hailed the lower-profile personnel who supported him as he became the first man since Kenny Dalglish to lead Liverpool to a top-division title.

“You know [the significance of ending the 30-year wait] better than I do!” Klopp told Liverpool’s official website. “Thirty years ago… 30 years ago… I was 23, so I didn’t think too much about winning a title with Liverpool, to be honest! I had no skills for that!

“Thirty years later I am here and because of the great staff I have, it is unbelievable. Tonight, you see them all together. What Ray [Haughan] did organisational wise, what Mona [Nemmer] did food wise and with nutrition is amazing. 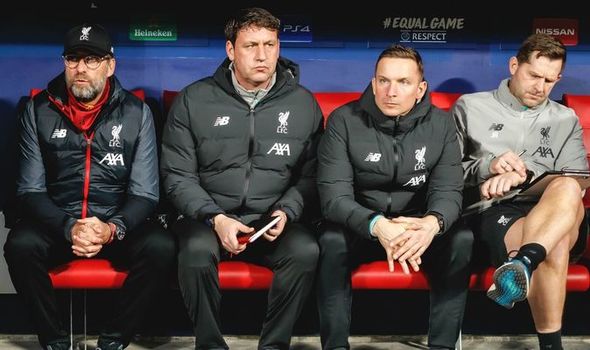 “What Korny [Andreas Kornmayer] did on a fitness level, what Pep Lijnders did and put into this game, there is so much of his soul in our game now in this short period. It is unbelievable. Pete [Krawietz]… wow… what a… I couldn’t thank them all more.

“Vitor [Matos] came in and he has lost one game since he is in. Unbelievable. The youth, the players, Neco Williams would not be in this moment or the position he is, or Curtis [Jones], or Harvey [Elliott] or now Leighton [Clarkson] coming up and Jake Cain coming up, they would not be in this position if Vitor is not here.

“John [Achterberg] and Jack [Robinson], it is a joy to work with them together every day. It is for Danielle, my PA who I didn’t see for three-and-a-half or four months but she is working her socks off and suffers so much. It is for everybody.

“It is for Mike [Gordon], Tom [Werner] and John [Henry], our owners in America. We couldn’t reach other, I have 20 calls and them probably as well because I couldn’t catch him so far. It is for everybody; they all put so much effort into it and I am the lucky guy who sits in the seat in this moment and… can be part of this story, it’s so great it is unbelievable.”

Meanwhile, Klopp revealed he made it compulsory for Liverpool’s stars to watch the crucial Chelsea vs City showdown together so none of them would “regret it for the rest of his life”.

Video quickly emerged post-match of Liverpool stars celebrating together as Willian smashed in his crucial penalty in west London. 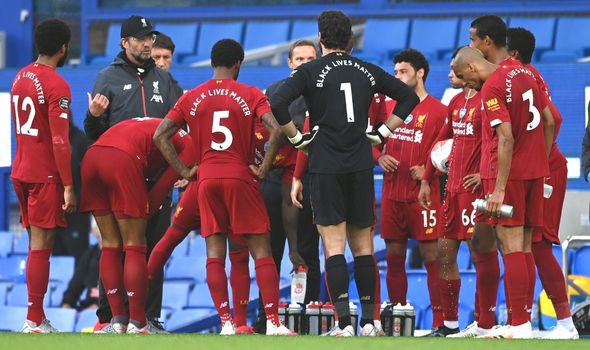 And Klopp has confirmed he ordered his squad to get together so they could savour the moment for the rest of their lives.

“There was no alternative,” Klopp said. “[On Thursday] morning we thought about it, shall we do something and then we thought maybe not compulsory, the boys have to drive a little bit.

“And then I said: ‘No, we have to make it compulsory, everybody has to be there’ because I am more experienced and I know who will stay at home and watch it alone will regret it for the rest of his life.

“So, we came here together, it is our bubble, it is the people who are with us everyday, we are all twice-a-week tested so we are fine since we can train again and it’s a nice moment.

“It is wonderful to share it, but we share it with everybody out there as well because we are here, they are there, but we are all together.”

What Real Madrid and Tottenham have agreed over Gareth Bale transfer

Arsenal boss Mikel Arteta sends message to Matteo Guendouzi after Southampton win
Man Utd boss Ole Gunnar Solskjaer reacts to Liverpool winning the Premier League title
Best News
Recent Posts
This website uses cookies to improve your user experience and to provide you with advertisements that are relevant to your interests. By continuing to browse the site you are agreeing to our use of cookies.Ok