Chelsea are closing in on securing a deal for Kai Havertz with the Blues reportedly set to enter talks with Bayer Leverkusen over a transfer fee next week. The west London club have already agreed personal terms with the 21-year-old so all that’s left to do is finalise a price with their Bundesliga counterpart.

Chelsea are making significant progress in their squad overhaul ahead of next season, with deals for Hakim Ziyech and Timo Werner already sewn up before the summer window.

And now the Blues are on the verge of welcoming Havertz to Stamford Bridge, as long as a financial package can be settled with Leverkusen.

Havertz is keen on the move and Chelsea are desperate to sign the German international, but not at any cost.

It has previously been reported that Leverkusen value their star man at €100million (£91m) while Chelsea see €70m (£63.8m) as a more accurate assessment. 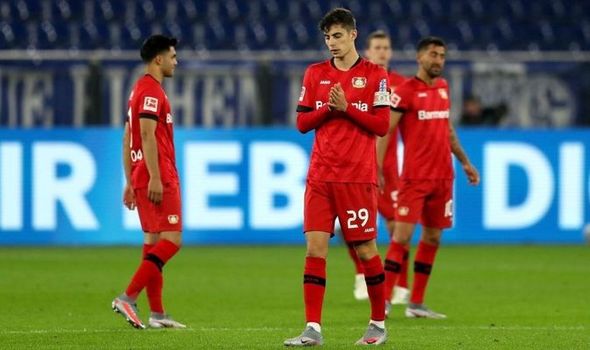 However, Sky Sports Germany claim that the Blues could be prepared to boost their offer when the two sides meet at the negotiating table next week.

It is suggested Chelsea want to get the deal done as soon as possible so club director Marina Granovskaia could go as high as €80m (£72.9m) with her opening bid.

Sky Sports reporter and transfer expert Marc Behrenbeck said: “As we hear from our sources at Chelsea, the money will usually also be put down.

“And then Leverkusen also says ‘yes’.”

With negotiations scheduled to begin next week, Chelsea will know whether they can offer Havertz Champions League football or not.

The Blues require a solitary point against Wolves at Stamford Bridge on Sunday to secure a top-four finish in the Premier League, although they can still qualify if they lose but Manchester United beat Leicester.

Chelsea’s position has already been strengthened by Leverkusen finishing fifth in the Bundesliga, missing their chance to book a spot at Europe’s top table next term. 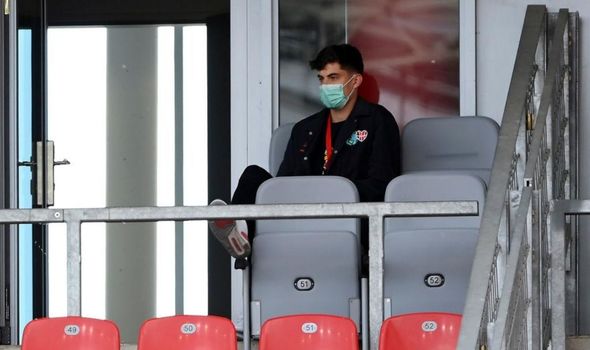 This was a major blow after the club’s finances had already been impacted by the coronavirus shutdown and it could well soften their stance over Havertz’s price tag.

As for the player, he has already made clear his intention to leave Germany this summer, although he is believed to want to see out Leverkusen’s Europa League campaign.

Havertz returned to pre-season training this week after a short holiday, having scored 17 goals and provided nine assists across all competitions during an impressive 2019/20 campaign.

Tottenham vs Arsenal player ratings: Son runs the show for Spurs as Mustafi’s old ways come back to haunt him

Premier League top scorers: How is the Golden Boot decided if tied?
Klopp’s comments mirror Salah admission as Liverpool star drops exit hint
Best News
Recent Posts
This website uses cookies to improve your user experience and to provide you with advertisements that are relevant to your interests. By continuing to browse the site you are agreeing to our use of cookies.Ok