Kevin De Bruyne is happy to do whatever job Manchester City manager Pep Guardiola asks him to after helping to fire the holders into the FA Cup semi-finals.

The Belgium international marked his 29th birthday with the first goal in a 2-0 quarter-final victory at Newcastle on Sunday having been employed in a deeper-lying midfield role at St James’ Park, where City have struggled to break down the Magpies in recent seasons.

However, De Bruyne had no qualms about acceding to Guardiola’s request as he contemplated a last-four showdown with Arsenal.

De Bruyne told the club’s official website: “I just do my job for the team. (The role) doesn’t really matter. In my career, I’ve played lots of positions. The coach asked me to do something different. We can also play with five at the back.

“We have enough good players up front to make the difference. It’s my job to help the team and get them in good positions.” 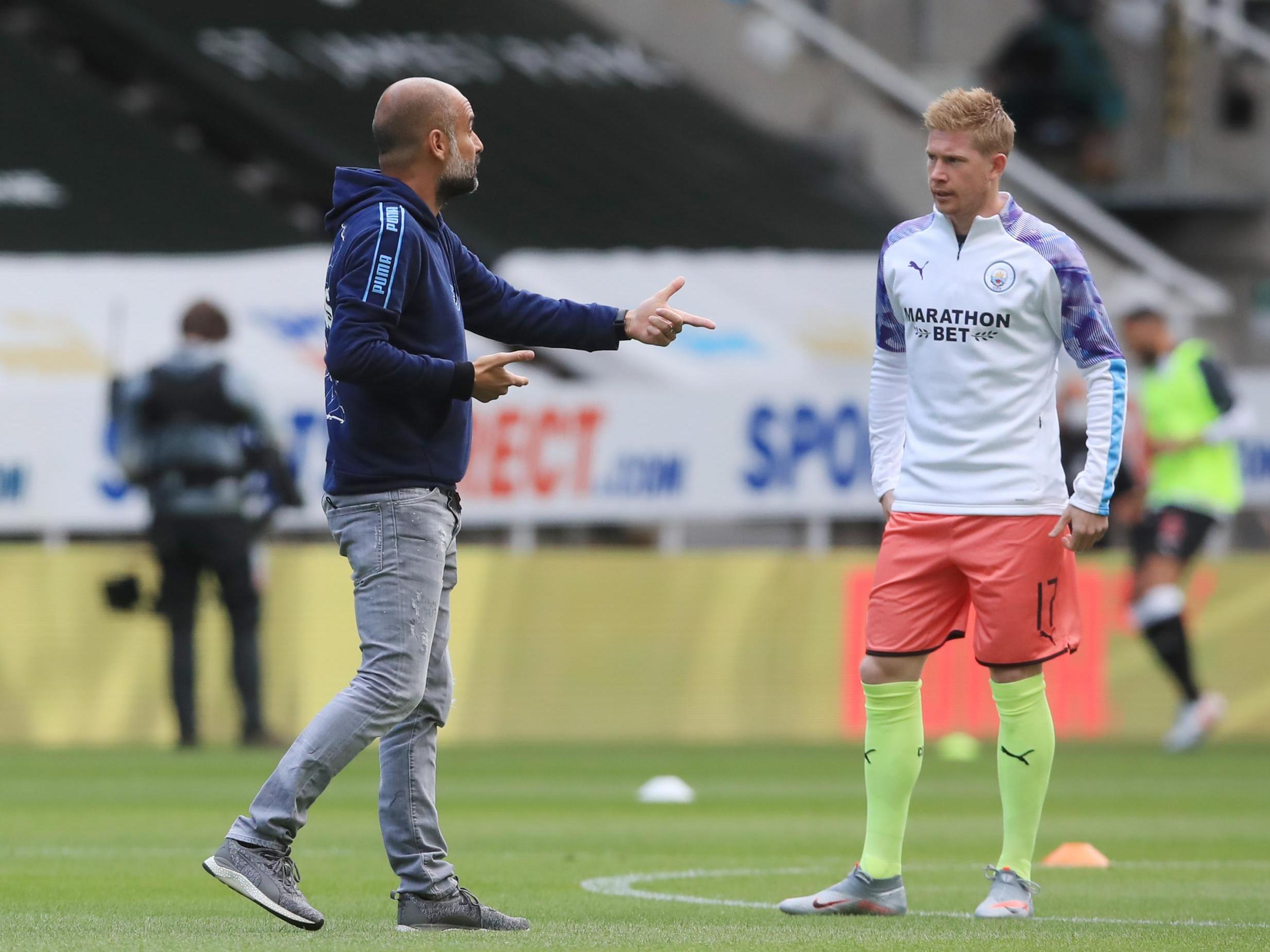 As they have done so often in the recent past, City were utterly dominant in possession as they pinned Newcastle back deep inside their own half, although without engineering a breakthrough until defender Fabian Schar, for reasons best known to himself, pushed Gabriel Jesus to the ground and left referee Lee Mason with little option but to point to the spot.

Penalties have represented something of an issue for Guardiola’s men this season, but De Bruyne has accepted that task too and dispatched the latest with the kind of confidence which suggests it will be his responsibility for some time.

He said: “We had a few problems this year (with penalties) and the gaffer asked me to step up against Real Madrid. I’ve scored a couple now. If I’m the taker, I’ll try. There will be a day when I’ll miss. You have to take responsibility, but it’s good.”

Magpies substitute Dwight Gayle should really have levelled from close range halfway through the second half as the home side rallied, but his miss was punished by Raheem Sterling’s accomplished finish within two minutes and that was that.

De Bruyne said: “We should have scored more but played really well and created enough chances to score a lot of goals. We’re happy to be in the semi-final at Wembley and hopefully we’ll play a good game.”

Scottish Premiership: Ross County vs Livingston can have up to 300 fans attend

Barcelona are imploding and Quique Setien could soon be axed
Premier League, PFA and EFL announce BAME coach placement scheme
Best News
Recent Posts
This website uses cookies to improve your user experience and to provide you with advertisements that are relevant to your interests. By continuing to browse the site you are agreeing to our use of cookies.Ok