Report as victory sends Hibernian third; Kevin Nisbet’s first-half penalty was enough to secure all three points; Clevid Dikamona gave away the penalty before being stretchered off; Kilmarnock stay fifth after defeat 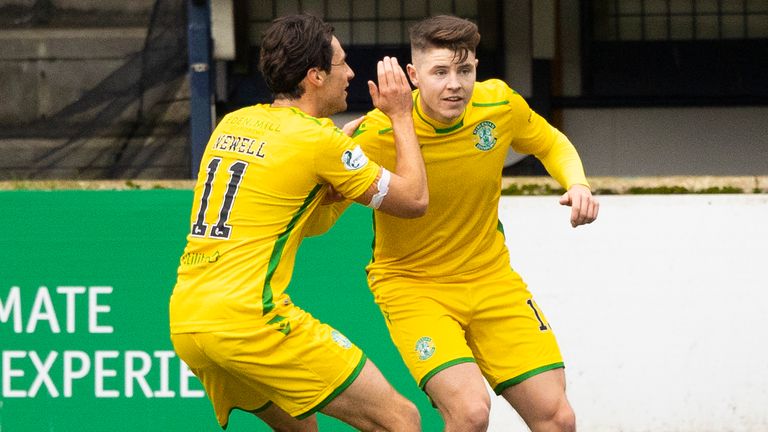 Hibernian moved into third place in the Premiership table after a hard-fought 1-0 win away to Kilmarnock.

Kevin Nisbet’s first-half penalty was enough to secure all three points for the visitors in a scrappy game devoid of many chances.

The decisive moment arrived in the 26th minute when referee Colin Steven adjudged that Clevid Dikamona fouled Christian Doidge. The Kilmarnock defender attempted to knock a long ball back to Danny Rogers but he clipped Doidge and, after hesitation, Steven pointed to the spot. 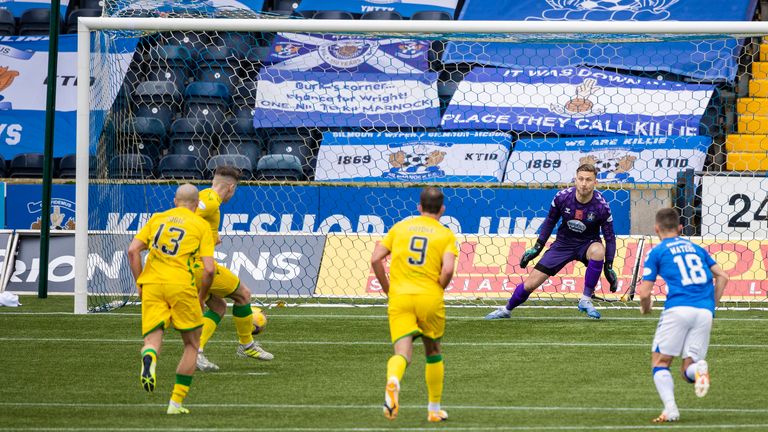 Nisbet stepped up confidently and struck a composed effort into the bottom-right corner for his eighth goal of the season.

It was a disastrous afternoon for Dikamona. Minutes after conceding the penalty, the former Hearts player had to be stretchered off in considerable discomfort after falling awkwardly in contesting an aerial duel with Alex Gogic. Kilmarnock looked toothless all afternoon and failed to truly test Ofir Marciano in the Hibs goal.

The hosts’ best opportunity fell after 40 minutes when Nisbet proved his value in the other box to clear Greg Kiltie’s effort off the line in impressive fashion.

The evergreen Chris Burke looked the likeliest Killie player to create anything and Zeno Ibsen Rossi came within inches of heading home his dangerous free-kick early on.

Hibs introduced youngster Josh Doig at the break and after neat interplay down the left-flank, substitute Stuart Findlay made an excellent block to deny Doidge’s powerful strike in the 48th minute.

Kilie looked to exert pressure as the second half progressed and Paul Hanlon made a brilliant headed clearance under pressure to prevent the ball reaching Kiltie on the hour.

But the visitors carried a greater goal threat through their two strikers and after Paul McGinn’s excellent cross, Doidge’s header was deflected behind off Kirk Broadfoot. 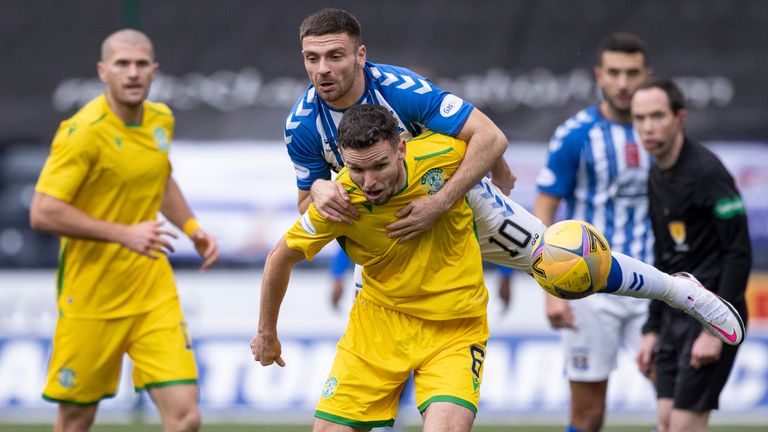 McGinn was afforded the freedom to bomb forward from right-back and he spurned a glorious chance to double Hibs’ advantage after 66 minutes. Stevie Mallan threaded a glorious through ball to the 30-year-old but he inexplicably drilled wide of the post.

The unpredictable Mallan is renowned for his shooting prowess and he should have done better when he fired wide unopposed from the edge of the box after 69 minutes.

Kilmarnock introduced Eamonn Brophy in search of an equaliser but they failed to register a shot on target all afternoon.

Hibs were led brilliantly by captain Hanlon, who is forming an encouraging defensive partnership with Ryan Porteous which bodes well for next weekend’s Scottish Cup semi-final against fierce rivals Hearts.

5 talking points as Ramos makes Coutinho pay in Real Madrid’s Clasico win
League Two highlights and round-up: Newport leapfrog Cambridge to go top
Best News
Recent Posts
This website uses cookies to improve your user experience and to provide you with advertisements that are relevant to your interests. By continuing to browse the site you are agreeing to our use of cookies.Ok