Liverpool’s title coronation has not gone exactly as planned so far and Jurgen Klopp has a tricky decision for their remaining matches.

Dropping points at Anfield for the first time this season slowed their march towards Manchester City’s record points tally, which seemed a procession before lockdown.

The champions require seven points from their last three games to match City’s 100, and need to win them all to complete the best season in Premier League history. With Arsenal and Chelsea up next, Klopp must decide whether to stick with youngsters Curtis Jones and Neco Williams or revert to his big guns to reach the milestone Liverpool’s brilliance deserves. 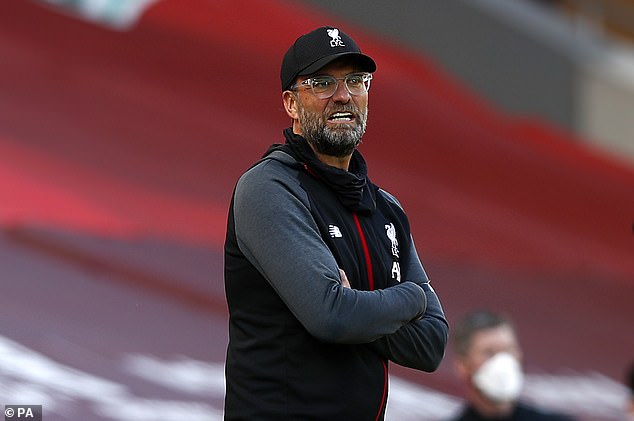 Adding to the intrigue, Jones, 19, needs one more appearance to reach the five that would earn him a title winners’ medal. Harvey Elliott, 17, has to appear in every game to eclipse Manchester City’s Phil Foden as the youngest Premier League champion. Williams has his medal, having notched his fifth appearance on Saturday. The brilliance of Burnley keeper Nick Pope cost Liverpool, but they have not been quite the same force since Klopp started to rotate, with the injury to captain Jordan Henderson another issue.

Given Liverpool’s proud academy tradition and with every club having to gauge finances, Klopp would love to give Jones, Williams and others games now to help them play an increased role next season. But the reality is that they may have to stay patient in the next fortnight.

‘It’s not that they have to make incredible big steps just to gain stability,’ said the Reds manager. ‘The best thing is if you have the experience of a 35-year-old player and the legs of a 20-year-old player. At 35, you have seen so many different moments, it doesn’t get you any more. If younger players make a mistake, it’s like, “Well, they are still young”, and that is all true. And they are human beings, that makes it even more tricky! 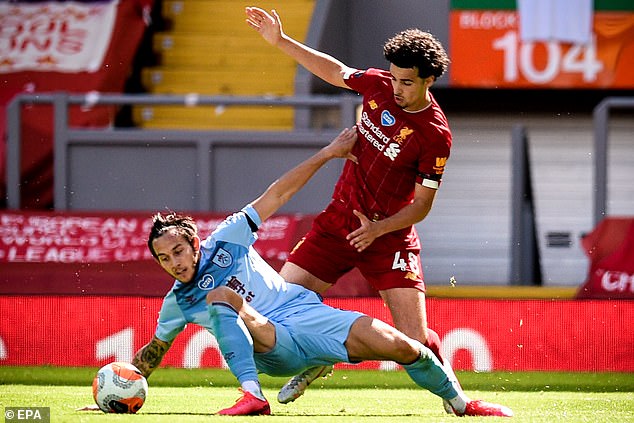 ‘But young players have so much time on their hands that they really can improve. They don’t have the pressure, especially not from us. If they use the time then the future is beautiful for them.’

Jones and Williams did not look out of place on their first Premier League starts against Burnley and could point out that they had just been substituted when Jay Rodriguez fired in a 69th-minute equaliser to cancel out Andy Robertson’s first-half header.

Pope pulled off magnificent saves to deny Mohamed Salah and Sadio Mane, and on other occasions Liverpool’s usual ruthlessness was lacking. Sean Dyche’s team became the first side since Leicester in January 2019 to leave Anfield with a point. 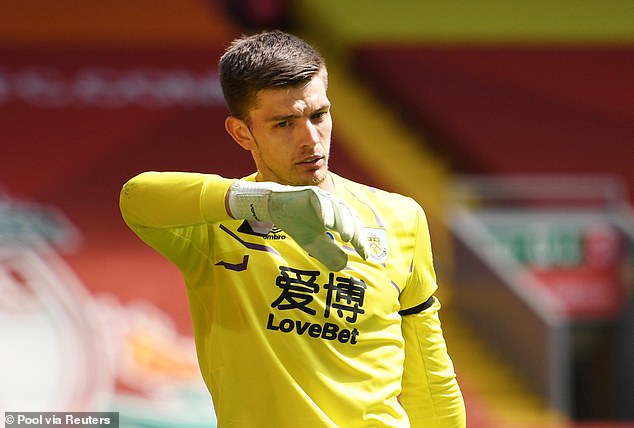 The Burnley keeper is putting pressure on England No 1 Jordan Pickford and he leads the Golden Glove race, awarded for the most clean sheets. Pope is on 14 alongside Manchester City’s Ederson, though Alisson of Liverpool would have joined them without Rodriguez’s equaliser on Saturday.

‘I’d put the Golden Glove award next to my front door so I could tell everyone about it,’ said Pope. ‘The clean sheets get attached to my name but it’s a team effort.

‘The boys have really helped me out through the season.’

Promoted clubs joining the top flight next season need hold no fear
Klopp says kids will give Reds "beautiful" future as perfect home record falls
Best News
Recent Posts
This website uses cookies to improve your user experience and to provide you with advertisements that are relevant to your interests. By continuing to browse the site you are agreeing to our use of cookies.Ok