Real Sociedad are flying, Unai Emery’s Villarreal look strong and new boys Cadiz have already caused a shock… after Barcelona and Real Madrid lost on the same day without scoring for the first time in 20 years… LaLiga title race is wide open

It’s hard to remember a time when Spain’s big two were both so ordinary. But while that might make it tough for them in the Champions League this week, it could also allow for the most exciting La Liga title race in years.

David Silva’s Real Sociedad are currently top of the table with Unai Emery’s Villarreal second. Those two sides will both fancy their chances in a wide open campaign, as will Luis Suarez’ Atletico Madrid and Europa League holders Sevilla. 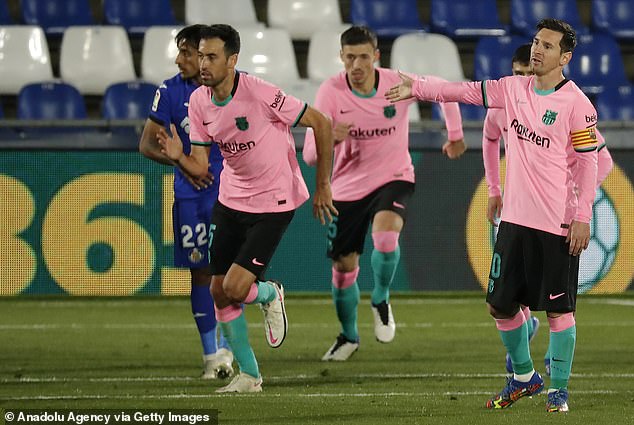 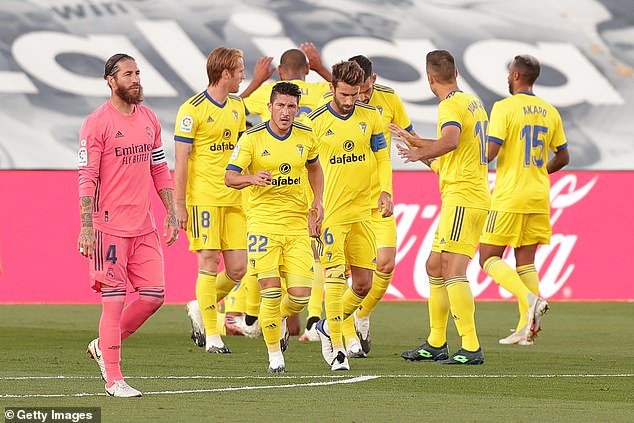 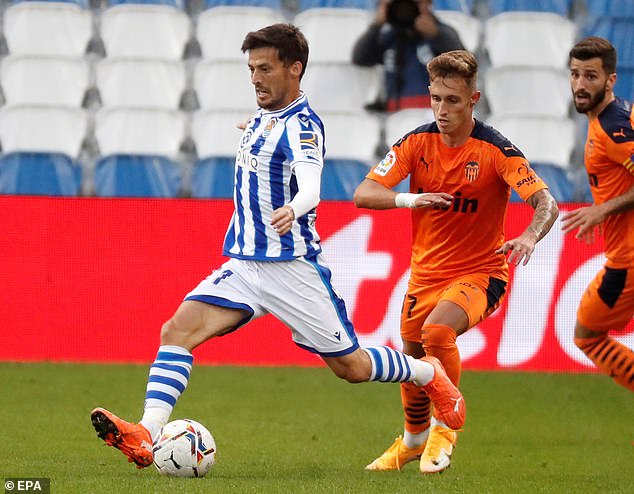 Madrid’s and Barcelona’s trough was always going to come once the former lost Cristiano Ronaldo and the second began to struggle to maximize the impact of Lionel Messi.

But the effect has been increased by coronavirus-induced economic problems that so limited their ability to dominate the transfer market. Madrid signed no one for the first time in 20 years this summer and Barcelona did little more than one-in one-out squad shuffles with Arthur swapping places with Miralem Pjanic, and Sergino Dest arriving to replace Nelson Semedo.

The financial crisis at both clubs has also shone a harsh spotlight on money wasted prior to the pandemic. Madrid’s 120m euros signing of Eden Hazard currently looks like awful business, while Barcelona’s 350m-plus euros outlay on Antoine Griezmann, Phillipe Coutinho and Ousmane Dembele has also turned out to have been horribly ill-advised. 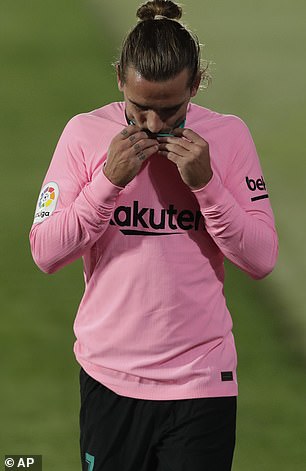 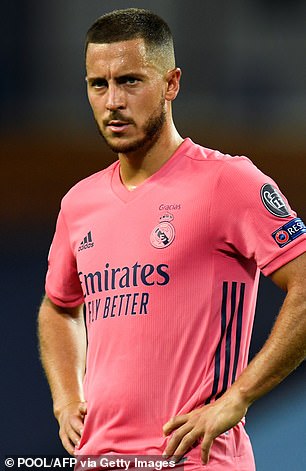 Both sides are now clinging to the idea that the kids will save them. Potentially, 17-year-olds Pedri and Ansu Fati can become world stars in the next five years for Barcelona. And Real Madrid hope that from Vinicius, Rodrigo Goes, Fede Valverde, Martin Odegaard and Take Kubo at least one can establish himself as a homemade galactico.

Kubo is currently out on loan at Villarreal where the fact that he has struggled to get minutes so far underlines the quality available to Emery. He will have to cross his fingers and hope central defensive partnership Raul Albiol and Pau Torres stay fit but if they can, and 19-year-old Kubo and 21-year-old Samu Chukwueze can complement Spain forwards Paco Alcacer and Gerard Moreno maybe Emery can launch an unexpected title challenge.

Real Sociedad will be feeling the same way now they have Silva spinning threads in midfield. They have now beaten Getafe and Betis 3-0 in their last two games and they have a fine mix of young players – currently being nurtured by youth team coach Xabi Alonso – and older heads like Adnan Januzaj, Willian Jose and Nacho Monreal. They also have Mikel Merino who played a season at Newcastle in 2017, and is, on current form, Spain’s most complete midfielder. 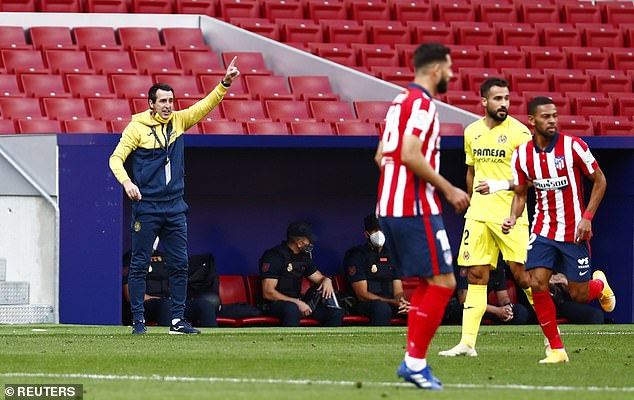 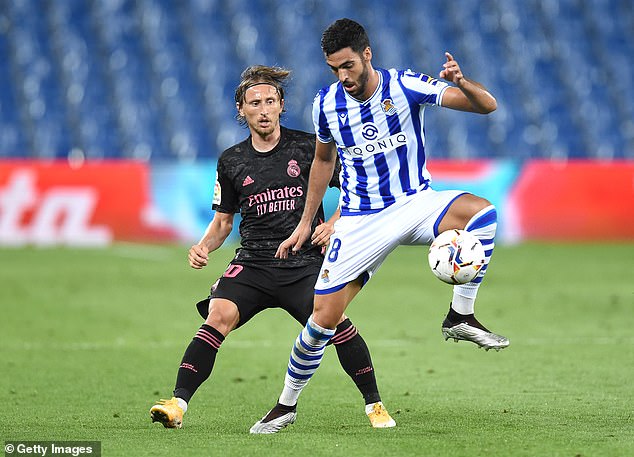 If there is a double slip at the top the favourites to take advantage will be Sevilla and Atletico Madrid.

Julen Lopetegui’s side played 45 minutes with 10-men at the weekend and lost out to the impressive Granada, but they showed how seriously they should be taken when they ran Bayern Munich so close in the UEFA Super Cup.

They have the best central defensive partnership in the division and two more players in Jesus Navas and Lucas Ocampos who would both get in all other sides in the division.

Atletico were the last team outside Spain’s Old Firm to win the league. Luis Suarez has now scored six goals in his last six games for club and country and if Diego Simeone can take the tactical handbrake off they could repeat their 2014 title. The loss of Thomas Party robs them of one of their best midfielders and fans were underwhelmed by Lucas Torreira’s arrival on loan as his replacement. But the change could work in Atletico’s favour. 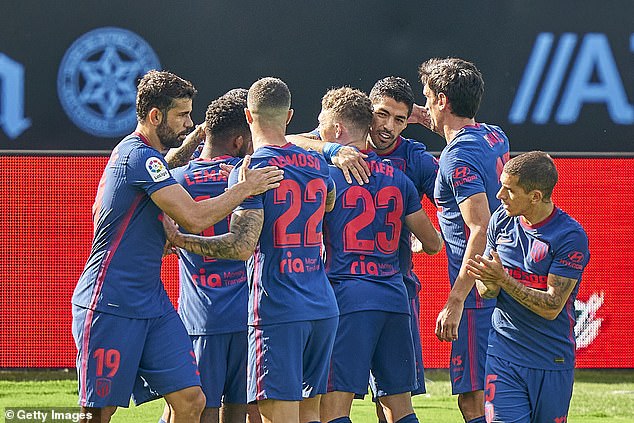 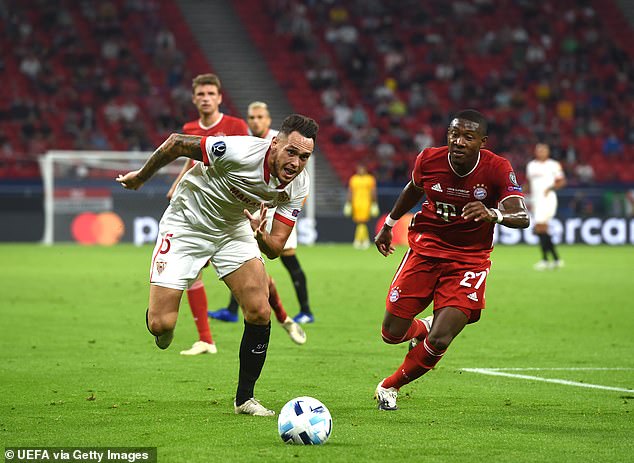 Torreira is at least a player who wants to play as the holding midfielder. If that releases Saul, Koke, Yannick Carrasco and Marcos Llorente then Simeone’s side might be better for it, especially if Joao Felix has a good second season.

New boys Cadiz, who have already won three on the road, and Europa League debutants Granada can also be added to the mix. Cadiz won’t win the league of course, but they will take points off of top teams. And with the hugely impressive 39-year-old coach Diego Martinez in charge at Granada anything is possible.

None of this will cheer up Real Madrid supporters missing the days when they had a Ronaldo (Cristiano or Nazario) powering them forward, or Barcelona fans longing for a team that can play the Barça way and not fold in on itself at the first sign of adversity.

Their loss this season could be everybody else’s gain.

LIVE: Bayern Munich vs Chelsea – follow all the action as it happens

Ex-Premier League ref slams "flawed process" as Pickford escapes punishment
West Brom 0-0 Burnley: Goals dry up at The Hawthorns as sides play out first 0-0 of season
Best News
Recent Posts
This website uses cookies to improve your user experience and to provide you with advertisements that are relevant to your interests. By continuing to browse the site you are agreeing to our use of cookies.Ok