Frank Lampard faces FA Cup final selection dilemma with opponents Arsenal ‘FAVOURITES to sign out of contract Willian this summer’… after his agent revealed two offers from the Premier League, two in Europe – and Inter Miami in MLS

Chelsea boss Frank Lampard faces a selection headache regarding Willian for the FA Cup final this Saturday, with opponents Arsenal now reportedly the favourites for the Brazilian’s signature.

The 31-year-old winger has been at odds with Chelsea for months about a new contract, with the club refusing to budge on their two-year offer, while the player himself wants three years.

As such, Willian is set to leave upon the conclusion of the 2019-20 season in August and after his agent Kia Joorabchian confirmed there are as many as five offers on the table for his client, Saturday’s opponents Arsenal are now the favourites, according to The Sun. 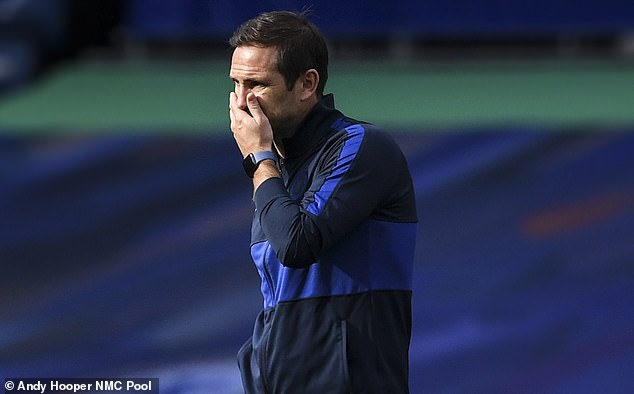 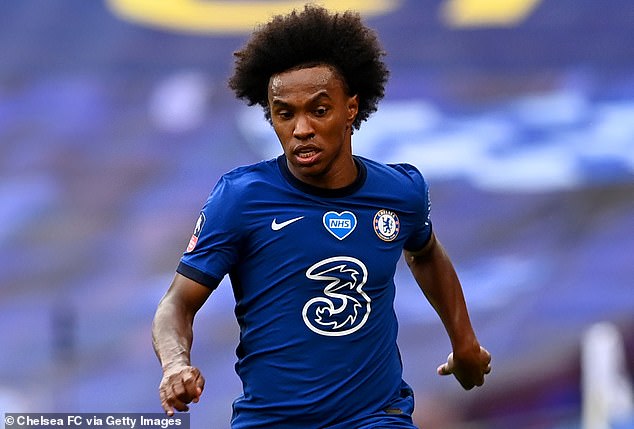 ‘He has two concrete offers from Premier League clubs on the table, he has an MLS offer on the table which is very big, and he’s got two other offers in Europe,’ his advisor Joorabchian said.

‘We had two very big offers – one from the MLS which required him to move on July 1 – but he’s always been in the same mode, saying, “I want to finish the season at Chelsea and the day after the season has finished I will make my decision.”

‘So Willian is in a very good position and he is going to make his decision after the last game of the season.’

Chelsea were reportedly hopeful that a deal could be struck with Willian this week, cooling speculation ahead of Saturday’s showpiece at Wembley. 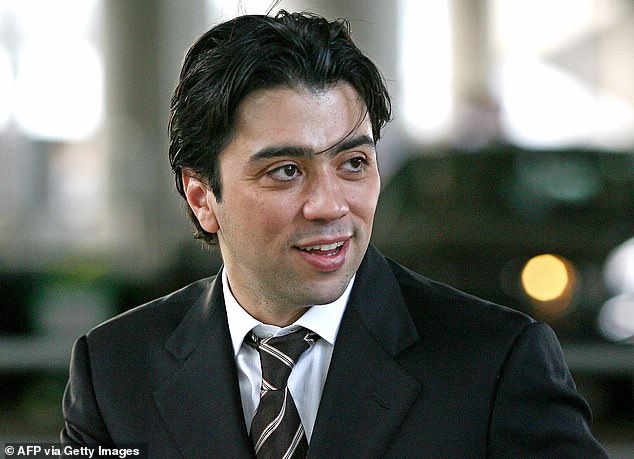 However, with Willian insisting his future will be decided after this season reaches a conclusion, Lampard now has to decide whether to select a player who may join Arsenal in the next few weeks, and the consequences that could have on Willian’s attitude and performance.

Currently, Willian will leave after Chelsea’s second leg against Bayern Munich in the Champions League last-16 on August 8, unless the Blues overturn a 3-0 first-leg deficit at the Allianz Arena.

As well as Arsenal, Premier League rivals Tottenham and Manchester United have also been linked with Willian this season. 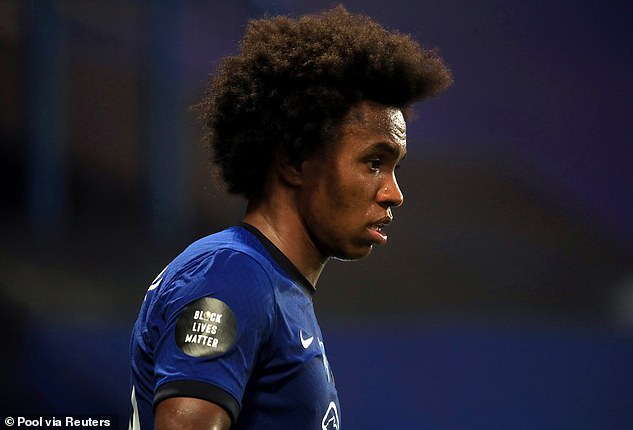 Willian’s long-term future is still up in the air, despite playing regularly for Chelsea this season

Despite the contract impasse, the winger has still proven to be a key and reliable player for Lampard this season, particularly since lockdown.

The Brazilian has scored 11 goals in all competitions this season, including four in the space of three games during the Premier League restart.

Willian has been at Chelsea since he turned down a move to Tottenham in favour of the Blues in the summer of 2013, and has since won two Premier League titles, one FA Cup, one League Cup and one Europa League in seven years at Stamford Bridge.

Juventus bring Alvaro Morata back on loan from Atletico Madrid

Man Utd hero Robin van Persie explains why he hated Arsenal guard of honour
Chelsea and Arsenal in talks with agent of Serie A midfielder ahead of transfer battle
Best News
Recent Posts
This website uses cookies to improve your user experience and to provide you with advertisements that are relevant to your interests. By continuing to browse the site you are agreeing to our use of cookies.Ok