Is this what Liverpool can expect? Swindon become first English side to carry out a socially-distanced trophy lift as they celebrate winning League Two without their fans in County Ground

Swindon Town may have just shown Liverpool the way to celebrate their Premier League title after becoming the first English side to carry out a socially-distanced trophy lift.

Swindon could finally celebrate being crowned champions of League Two on Friday but had to carry them out without their fans in the County Ground.

And despite the absence of supporters, a video on the club’s official Twitter page showed the players beaming and displaying their joy in style. 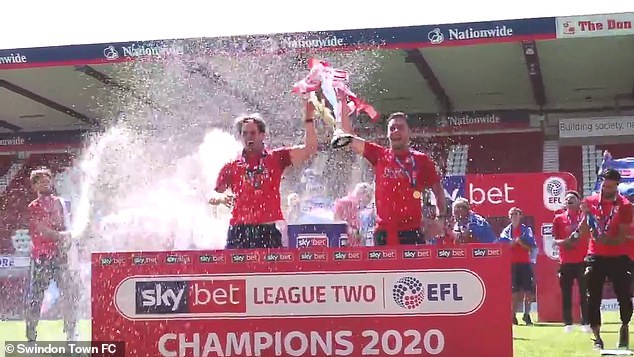 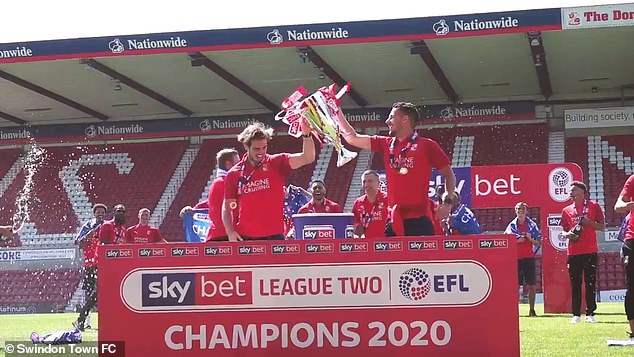 Champagne flowed as captain Dion Conroy and deputy Mathieu Baudry lifted the League Two trophy, before the whole squad took a knee in front of the silverware to show their support for the Black Lives Matter movement.

But the squad maintained social distancing and maintained hygienic practices and showed Liverpool the circumstances in which they will have to lift their first league title in 30 years.

Swindon were officially declared champions earlier this month after it was decided a points-per-game system would be used to decide the final standings.

They lost 2-0 at home to Forest Green Rovers on March 7 and sat second behind Crewe in the table with a game in hand when the season was paused due to the coronavirus pandemic. 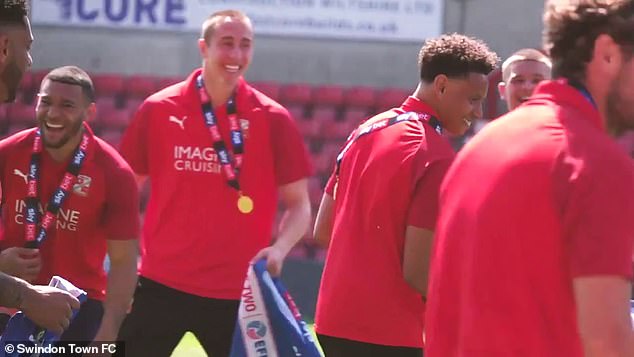 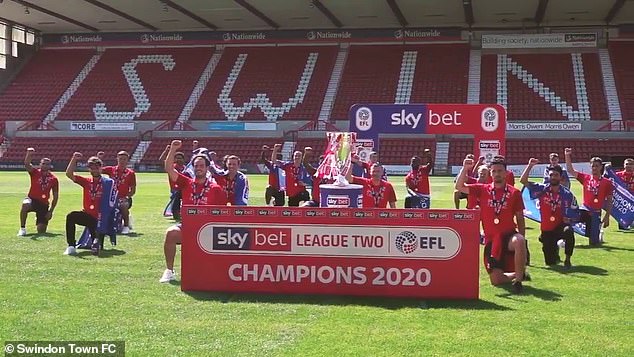 They had 10 fixtures remaining but the points-per-game system was eventually decided upon as the way to declare final positions.

As a result, Richie Wellens’ men were joined by runners-up Crewe Alexandra and third-placed Plymouth Argyle in being promoted to League One.

They will be joined by either Exeter City or Northampton Town, with the League Two play-off final set to take place at Wembley on Monday evening.

This is the third time that the club has topped this league’s table after similar successes in the 2011-12 and 1985-86 seasons. 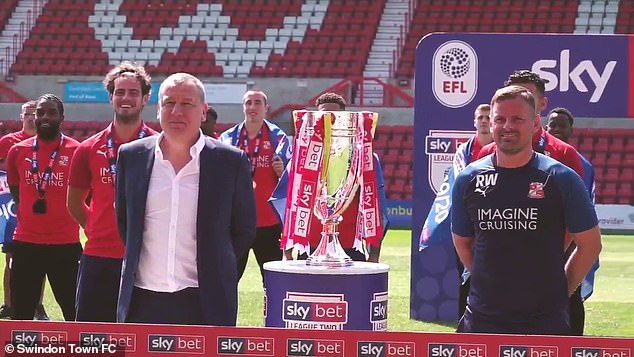 RB Salzburg are 'open to selling Dominik Szoboszlai for £26m'

Ask Crouchie! Peter Crouch answers more of your questions
Love at first sight! Jurgen Klopp wowed Liverpool on day one
Best News
Recent Posts
This website uses cookies to improve your user experience and to provide you with advertisements that are relevant to your interests. By continuing to browse the site you are agreeing to our use of cookies.Ok