Manchester City boss Pep Guardiola has given an injury update ahead of the match with Leeds.

“Today was the first day he [Gundogan] came back to the locker room, but he didn’t train with us,” said Guardiola at his pre-match press conference.

“He will train with us during the international break and we will see.”

On Jesus, he added: “He is not ready. Hopefully after the international break he will be ready. 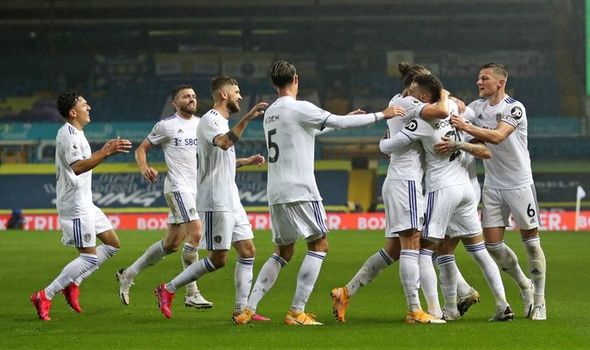 However, new signing Ruben Dias is available to face Leeds.

The 23-year-old has trained twice since completing his move from Benfica on Tuesday, though Guardiola is yet to decide whether he will hand the defender his debut at Elland Road on Saturday.

“He settled good. He is part of the team, we have a training session this afternoon.”

Raul Jimenez ends Man Utd transfer speculation as he signs new Wolves contract
Arsenal dealt Houssem Aouar transfer blow as Lyon make decision on midfielder
Best News
Recent Posts
This website uses cookies to improve your user experience and to provide you with advertisements that are relevant to your interests. By continuing to browse the site you are agreeing to our use of cookies.Ok