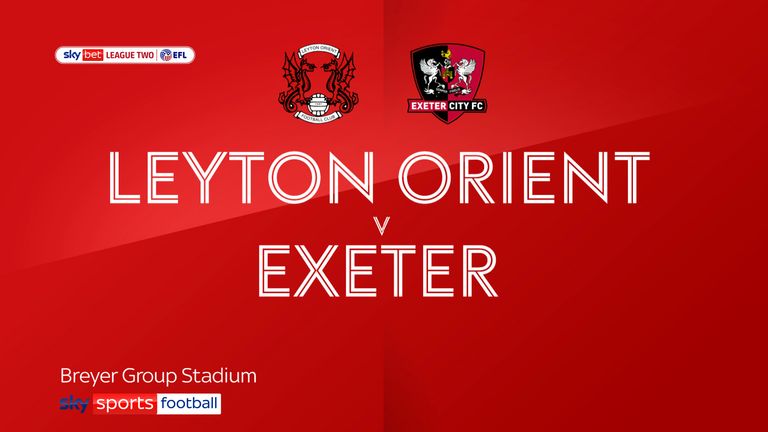 Leyton Orient and Exeter had to settle for a 1-1 draw in their League Two encounter at Brisbane Road.

Exeter handed a debut to goalkeeper Jokull Andresson, signed on emergency loan from Reading just four hours before kick-off, but the 19-year-old from Iceland was beaten after just four minutes of his league debut.

A superb delivery from Jordan Maguire-Drew into the danger area found Craig Clay, who played the ball into the path of Conor Wilkinson for the striker to record his sixth goal of the season in all competitions.

Five minutes before the break, an inswinging corner from Maguire-Drew grazed the crossbar before dropping behind for a goal kick.

The Grecians came close when a powerful effort from Matt Jay was palmed away for a corner by Lawrence Vigouroux, who earlier had been well-positioned to collect a snapshot from Jay.

But the visitors did find the net two minutes into the second period when Jake Taylor hooked in a cross by Josh Key.

Despite the honest endeavours of both teams, defences remained resilient thereafter, with the Grecians extending their unbeaten run to six matches .

AFC Wimbledon 1-0 Blackpool: Dons claim first home win
Barcelona president Josep Maria Bartomeu and board of directors resign
Best News
Recent Posts
This website uses cookies to improve your user experience and to provide you with advertisements that are relevant to your interests. By continuing to browse the site you are agreeing to our use of cookies.Ok