Lincoln 2-7 Liverpool: Clinical Reds ease past League One opponents as Curtis Jones and Takumi Minamino score twice to send Jurgen Klopp’s side through to fourth-round tie with Arsenal

Lincoln City’s goalkeeper was a Liverpool fan as a little boy and had spent the last week relishing the opportunity to face the champions.

Sometimes, though, you need to be careful for what you wish. Palmer found himself stuck between the posts as a helpless bystander for a night when Liverpool’s second string team decided to cut loose to see who could score the most spectacular goal.

No blame could attached to Palmer but he must have found it difficult to comprehend what was happening in the opening 45 minutes, when Liverpool wasted no time in securing their progress into round four, and a date with Arsenal, with four quite beautiful strikes. 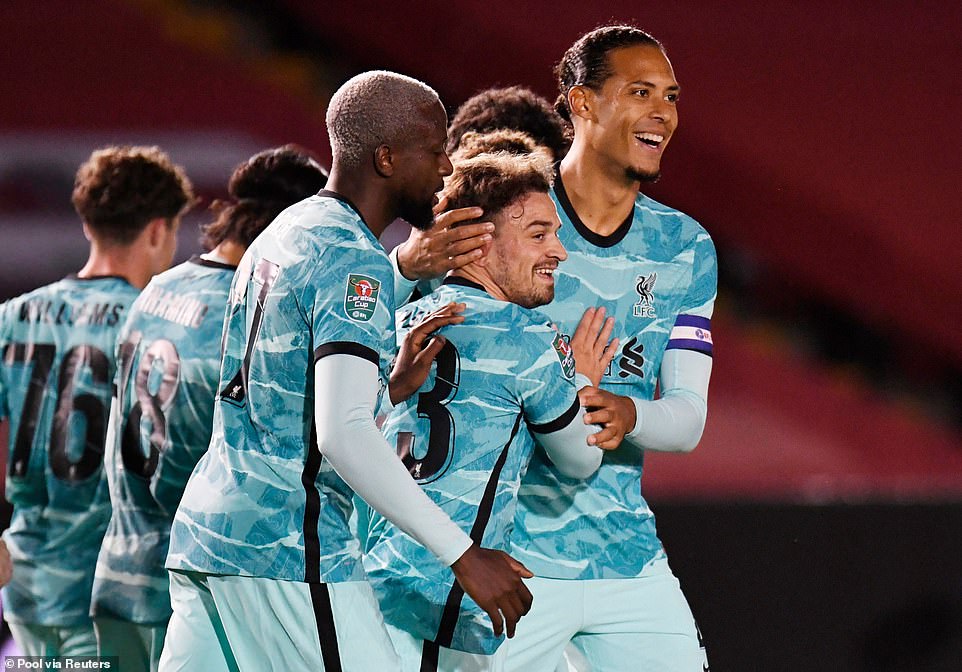 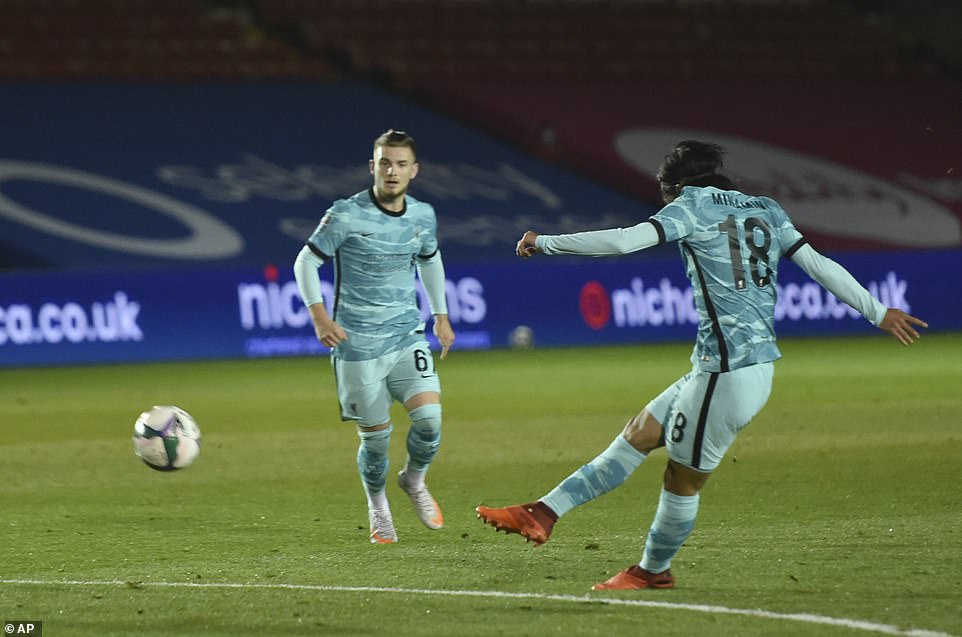 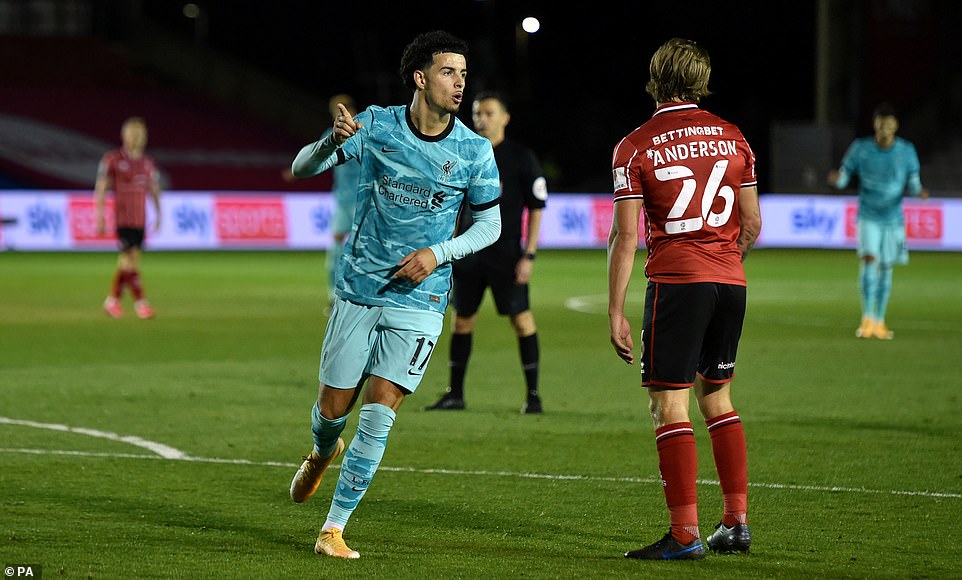 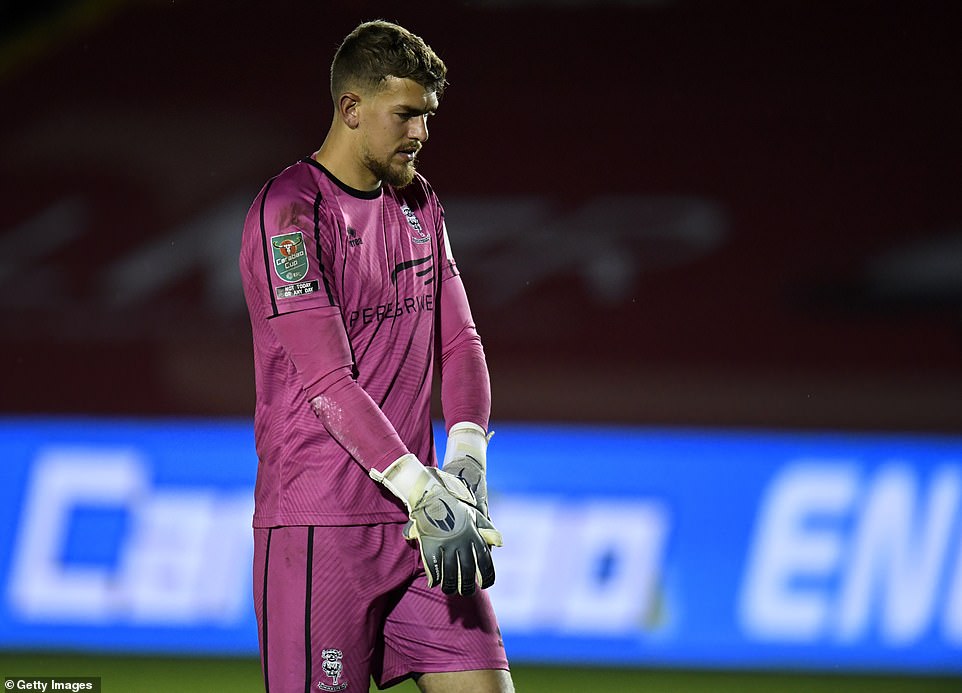 There was a point during that period, as the goals flew in, that Jurgen Klopp was heard shouting: “I love it!” and he had every reason to be so effusive. Lincoln had waited 60 years for Liverpool to visit Sincil Bank but, after this, they will hope it is another 60 years before they meet again.

Xherdan Shaqiri started the rout, with a glorious free-kick, in the ninth minute, and from that point Liverpool showed no mercy. Yes, they were given space to play by a team riding high in League One, but, even still, it was the ruthless way that they put Michael Appleton’s team away.

By the end, Liverpool had scored six and you could not help but wonder whether Klopp is going to have a proper assault on a trophy the club have won eight times. The squad he brought over cost more than £230million and it certainly has the ability to go a long way.

Take Shaqiri. He had only played eight minutes for Liverpool in 2020, the product of two substitute appearances against Tottenham in January and Arsenal in July, but he reminded everyone of his prodigious ability with the first strike that whistled beyond Palmer. 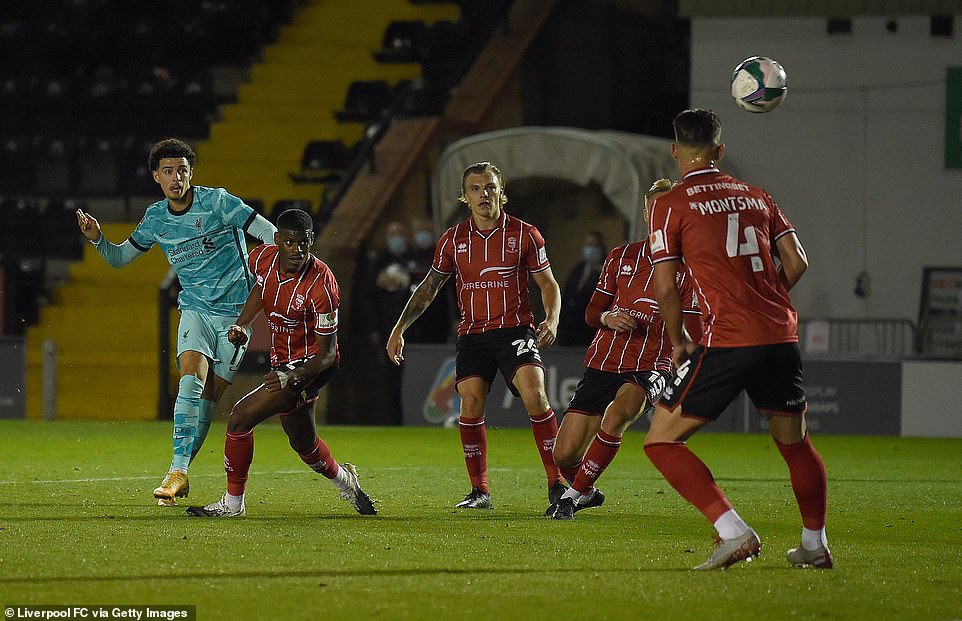 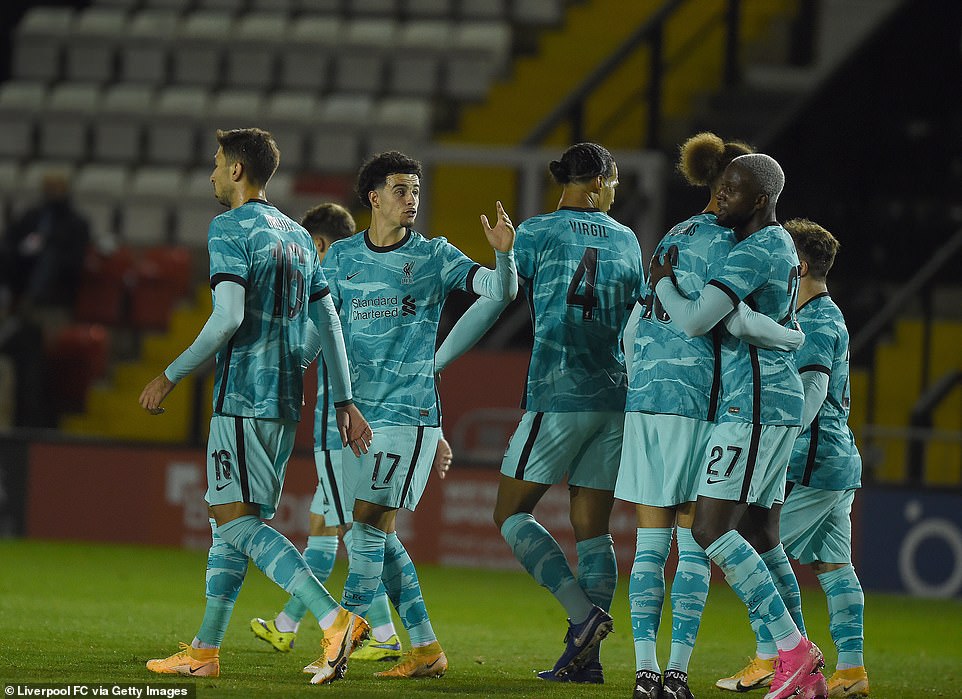 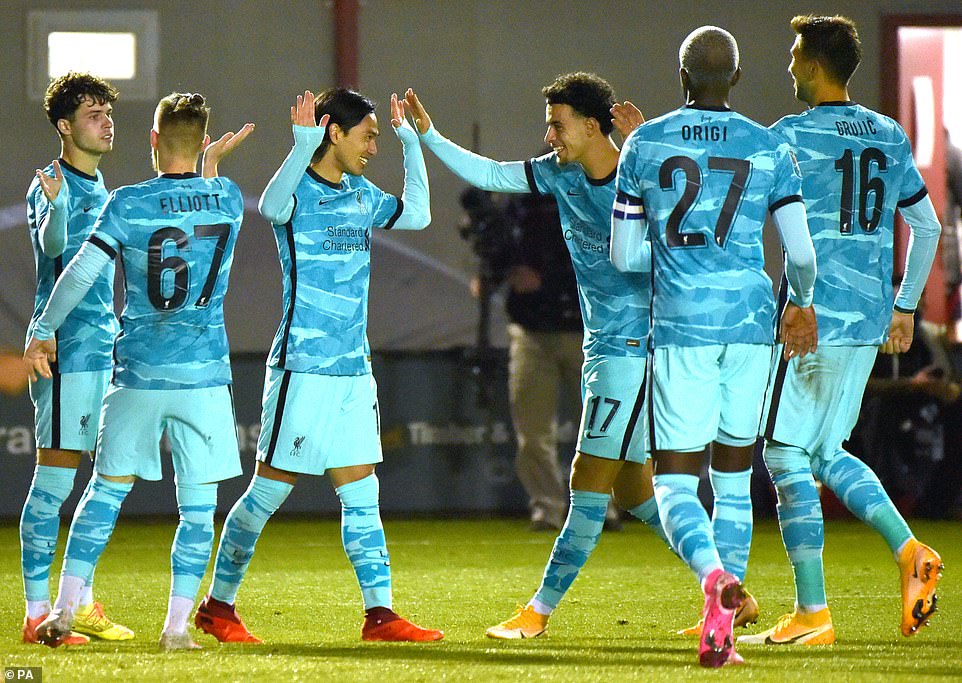 Minamino grabbed his second goal of the evening just after half-time, following up Shaqiri’s saved effort for a simple tap-in

His free-kick from 25 yards, awarded after Neco Williams had been fouled, was so accurate that Palmer simply watched it sail into the top corner. If this was an attempt to find himself a new club before the window, potential suitors would have taken note.

Whether Shaqiri is at Liverpool for the long haul is a moot point but there are no doubts about Taki Minamino’s place in the squad and the Japan international was next to get in on the act, taking a knockdown from Divock Origi in his stride before putting his effort in the same spot as the Swiss.

Liverpool’s players rave about Minamino but when he struggles to start in the Premier League, it gives you an idea of the depth of talent from which Klopp can choose – at many other clubs, Minamino would be a first name on the team sheet.

You could even say the same about Curtis Jones, the Academy product who has been desperate to be selected. He conjured goals three and four, with right-footed shots that bent past Palmer, the first strike following another Origi lay-off was the pick.

Any idea that Liverpool would take things easy in the second period were instantly dismissed as Minamino bundled in from close range with the first attack after the restart and you feared, then, that Lincoln would end up being routed.

As it was, they showed courage and refused to give up. Admittedly, they were assisted by some erratic Liverpool defending and they helped themselves to a couple of consolation goals from Tayo Edun and Lewis Montsma.

They were well received in the Directors Box by the locals who were thrilled to have seen the Imps save face and a measure of how serious Klopp was taking it all was measured by his exasperated reaction to the space Edun was afforded in the 60th minute to score.

Klopp’s response was to send on Diogo Jota for his debut, following his £41million move from Wolves, and he saw Marko Grujic sweep in Liverpool’s sixth strike of the evening, that sneaked in under Palmer’s grasp.

He will have felt he could have done better in that moment but for the rest of it? Not a chance. Divock Origi added a seventh in the 89th minute after Liverpool turned defence into attack. Minamino broke from his own half to slot a perfectly -weighted pass into the path of the Belgian forward who fired across the goalkeeper and into the back of the net.

The gap between the top of the Premier League and the top of League One is colossal. Palmer would have issue testifying. 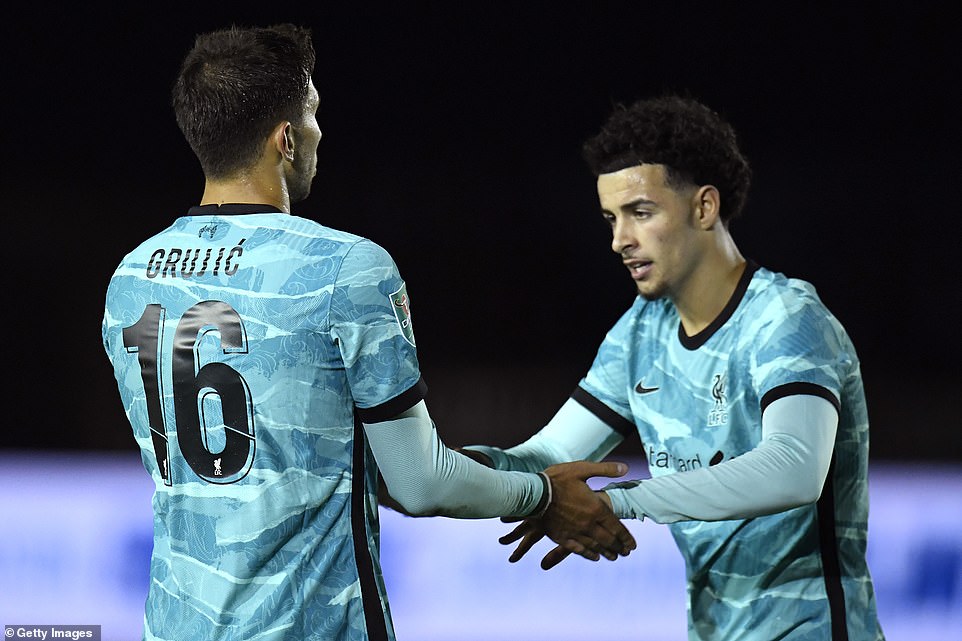 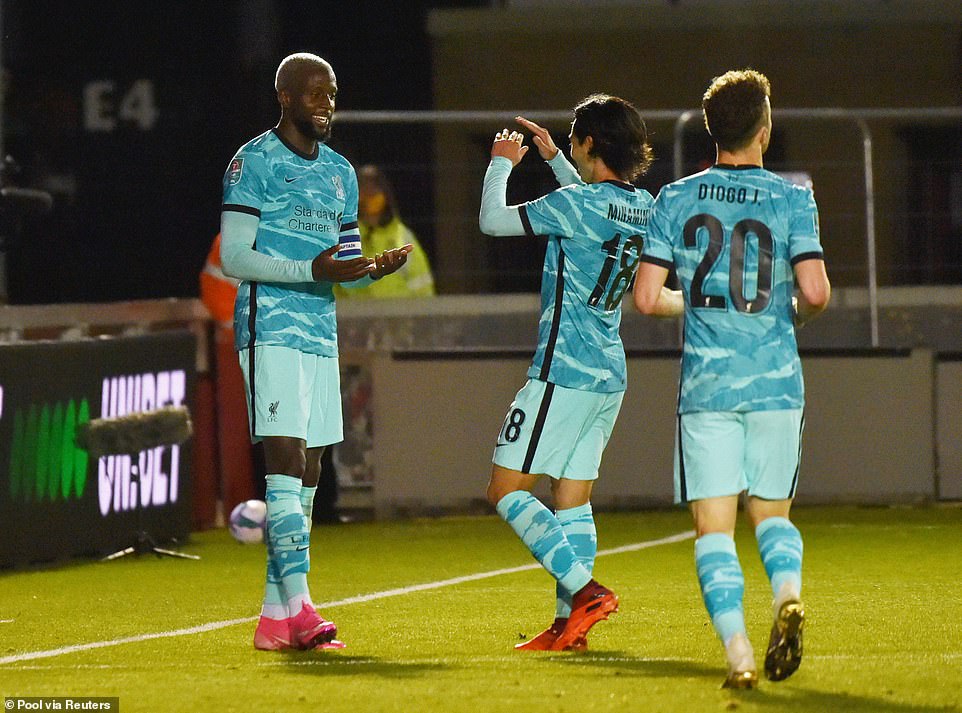 Houssem Aouar to Arsenal: Gunners ‘can be hopeful’ on transfer because of Juventus

David Silva is officially announced as a Real Sociedad player

Man Utd to submit final take-it-or-leave-it offer for Jadon Sancho next week
Ryan Reynolds and Rob McElheneny to hold Zoom call with Wrexham fans in buy bid
Best News
Recent Posts
This website uses cookies to improve your user experience and to provide you with advertisements that are relevant to your interests. By continuing to browse the site you are agreeing to our use of cookies.Ok