Lionel Messi to leave Barcelona: Which club would be in the strongest position to sign him? 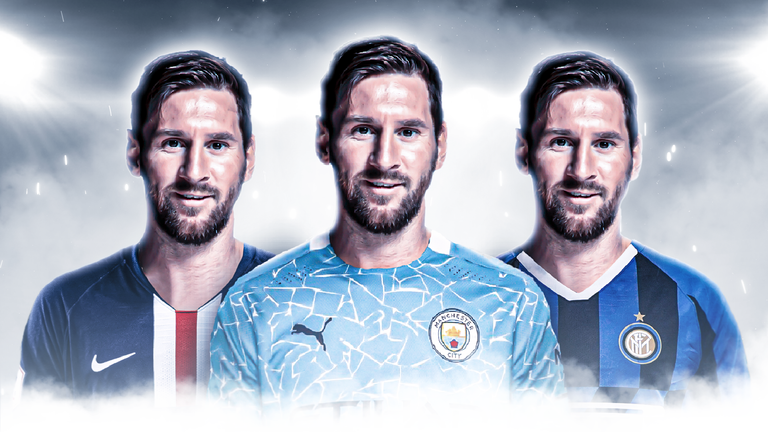 Lionel Messi could be on his way out of Barcelona – but which club would be best-placed to land the player everyone dreams of signing?

Tuesday night’s announcement that Messi had informed Barcelona he wanted to leave sent shockwaves through football and no doubt had senior executives at the world’s most powerful clubs frantically drawing up financial packages they could offer the six-time Ballon d’Or winner.

The cost, of course, would be enormous – even if there is no transfer fee involved – but the rewards could also be huge. Here, we look at the clubs in contention of pulling off this unexpected mega deal… 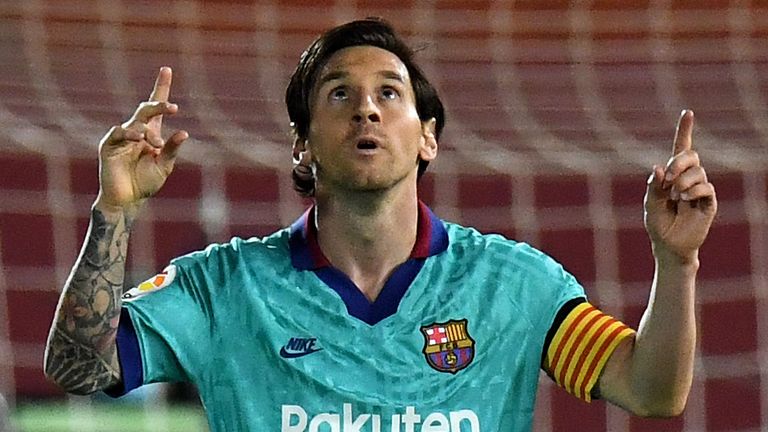 For years Manchester City laid the groundwork to attract Pep Guardiola to the club – and that same set-up will appeal to Messi as well.

In the boardroom, former Barcelona executives Txiki Begiristain and Ferran Soriano – both so influential in Barcelona’s success a decade or so ago – play key roles in the running of Man City, as director of football and chief executive respectively. On the touchline, Guardiola co-ordinates the club’s wealth of playing talent. Messi will see the opportunity to repeat the Barca glory days with that trio in Manchester. 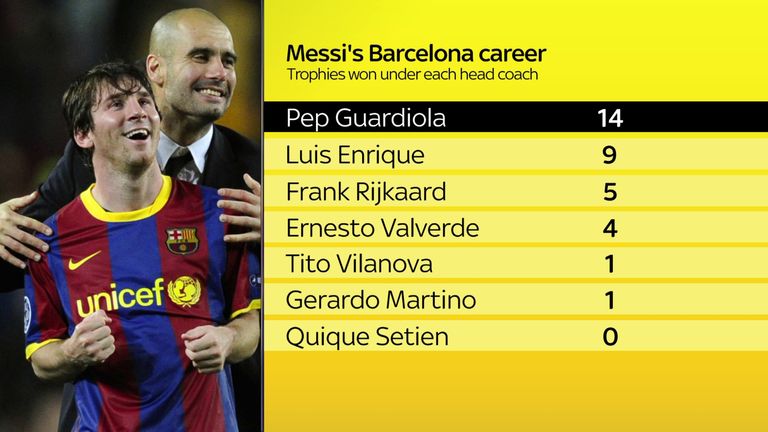 Then there is the added bonus for Messi of linking up with his close friend Sergio Aguero, too. But sentiments and friendships won’t drive Messi’s decision. Ambition will.

“Messi’s obsessed by winning the Champions League again,” Spanish football expert Graham Hunter told Sky Sports News, and that is an obsession shared by City and Guardiola. Messi has added just one more Champions League to his collection since Guardiola left Barcelona in 2012. The manager hasn’t tasted success in the competition since. It’s a title they are both desperate to reclaim – and they would have a better chance of doing that together.

Spanish newspaper Mundo Deportivo reported on Wednesday morning that Messi asked Guardiola a few days ago if Man City were willing to sign him but it is surely a move which would suit both Messi and City perfectly.

The Champions League is a title Guardiola and Messi are both desperate to reclaim – and they would have a better chance of doing that together.

City’s owners, of course, have deep pockets and the club – which overcame UEFA’s Financial Fair Play charges with their appeal to CAS earlier this summer – will surely have plans in place to make a deal work. This is a scenario they’ve been readying themselves for.

“Manchester City is the best option because of the money, because of the Premier League and because of Pep Guardiola,” says Spanish football journalist Alvaro Montero. “Put everything together and it is a good situation for Lionel Messi.” While Liverpool have ruled themselves out of any potential move for Messi, if he is open to a Premier League switch, then there is little doubt Manchester United will also be weighing up how they can attract the brilliant Barcelona maestro to Old Trafford.

While the coronavirus pandemic has hit clubs across the world financially, United chief executive Ed Woodward has backed the club’s “strong and resilient commercial business which has supported long-term investment” in the team. And while he added United would proceed with caution during this uncertain period, the club’s pursuit of Jadon Sancho highlighted they are able to spend big money when others may not. With Borussia Dortmund so far rebuffing United’s interest in Sancho, could those funds now be diverted towards project Messi? It would be a diversion from United’s new policy of targeting rising young talent but, for the world’s best player, exceptions can be made.

The signing of Messi would also, surely, fast-track United’s return to Premier League title contenders and European heavyweights once more. A price worth paying.

Lionel Messi. Kylian Mbappe. Neymar. It would be the greatest front three in football. Perhaps the most talented frontline ever assembled. And it is a combination PSG’s owners will be working out how to make a reality. 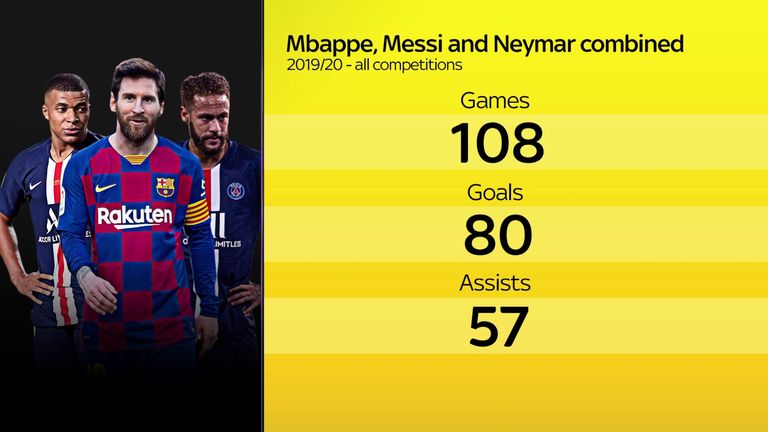 They have already shown they are not afraid of huge – huge – investments in player recruitment when star names become available, forking out £198m for Neymar and £166m for Mbappe, and if Messi is able to escape his Barcelona contract without a transfer fee required, PSG will have the funds to meet his wage demands.

While the Champions League is a huge focus for Manchester City, it is the focus for PSG, given their already utter dominance of French domestic football. Their defeat in this season’s final to Bayern Munich hurt badly but showed they are progressing from a side which fell short year-in, year-out in the knockout rounds to one which can seriously compete for the crown. Perhaps Messi is just what they need to get them over the line. 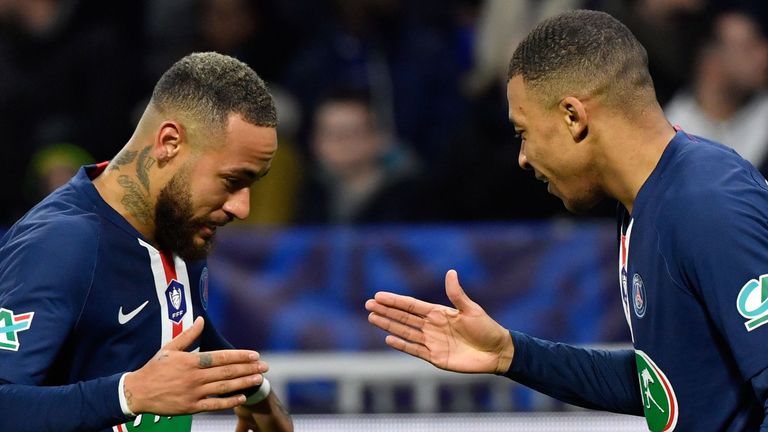 “President Zhang would talk about the transfer market and say, ‘I want Messi,’ but we had to explain it wasn’t possible due to Financial Fair Play. I can assure you that Messi is more than a dream for Inter.”

I can assure you that Messi is more than a dream for Inter.

Those were the words of former Inter Milan director Massimiliano Mirabelli earlier this month to an Italian radio station, when asked about the ambitions of the club’s mega-rich Chinese owner Steven Zhang.

Zhang – who took charge of the club in October 2018 – is attempting to transform the club back into the superpower it once was, working with AC Milan on new £1bn stadium away from the San Siro, and setting out his aim to make Inter “one of the most successful clubs in the world”. Messi – as with each of these clubs in contention – would help Inter take a giant stride towards that ambition.

A couple of weeks ago there were transfer rumours suggesting Cristiano Ronaldo could leave Juventus and join Barcelona. The speculation was dismissed as fantasy football. But perhaps there is now a realistic possibility the two rivals could be united on the pitch in Turin? 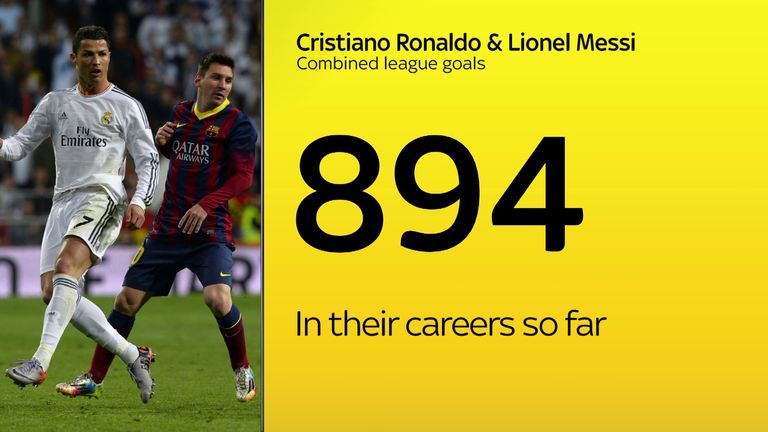 Ronaldo’s huge salary demands would mean Juve would take on an enormous financial burden if they were to recruit Messi as well but the returns for having the two greatest players of the modern era – perhaps of all time – on the pitch together would be mammoth. 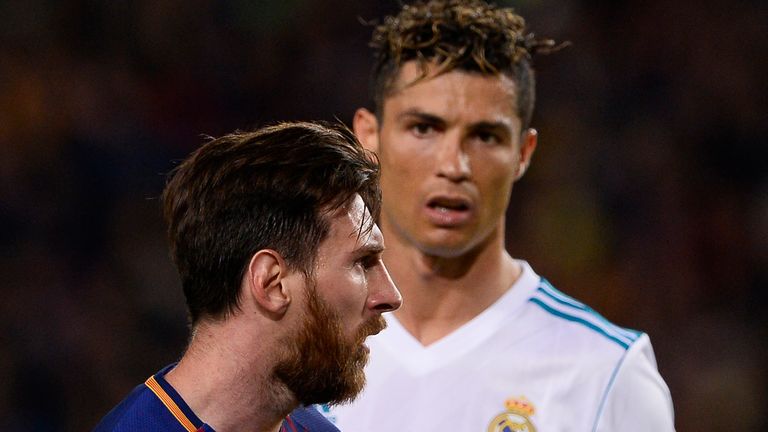 Suddenly the whole world would want to watch every Juventus match to see how the two great individuals combine. Juventus shifted 520,000 replica Ronaldo shirts in the first 24 hours after they were released following his arrival in the summer of 2018. That is just a hint of the marketing explosion which would take place if Messi turned up at Juve as well.

How would Ronaldo feel about playing alongside his great rival? That is an intriguing question and one which the Juventus board would have to find the answer to before any move was made.

After 16 years at Barcelona could Messi cross the divide and join Real Madrid? He wouldn’t be the first to make the controversial switch – Luis Figo and Ronaldo Nazario are among the most high-profile – but it would be a huge shock for Messi to sign for Barca’s great rivals, given his long association with the Catalan club.

From Real Madrid’s side, it would be an incredible coup to land him – not least for the bragging rights over Barcelona – but it would also require a significant shift from their initial transfer plans for this summer. Real’s focus is currently on selling players to reduce the size of Zinedine Zidane’s over-inflated squad.

Manchester United 'will listen to offers for SIX players this summer'

Monaco respond to Manchester United's £22m transfer offer for Benoit Badiashile
Ainsley Maitland-Niles: Wolves’ opening £15m bid rejected by Arsenal
Best News
Recent Posts
This website uses cookies to improve your user experience and to provide you with advertisements that are relevant to your interests. By continuing to browse the site you are agreeing to our use of cookies.Ok