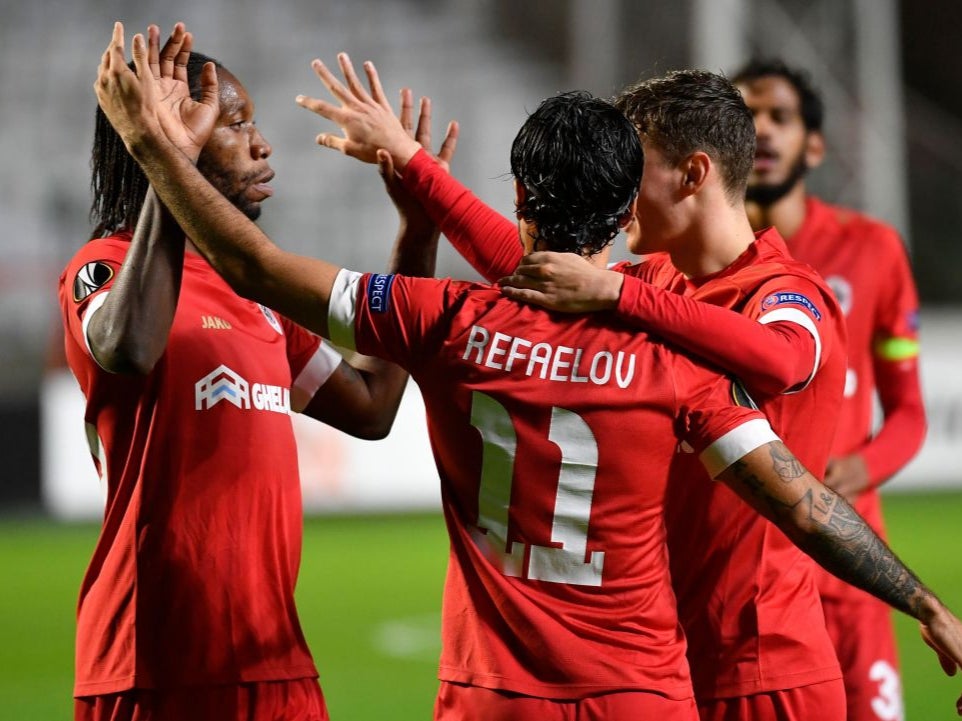 Antwerp, leaders of the Belgian Pro League, were well worthy of their win, which could have been more handsome, and they remain unbeaten at home in 14 months, taking an early lead in Group J.

Mourinho had made nine changes to the side that won at Burnley on Monday night, with Bale handed the second start of his Spurs return.

The Welshman and his fellow incomers had plenty of the ball in the final third, but tried to be too intricate with their final pass.

That restricted them to half-chances as Bale fired an ambitious effort well wide, Giovani Lo Celso’s curling effort was easily saved by Jean Butez and then Steven Bergwijn also trickled an effort at Butez.

Things slowly began to grind to a halt in an attacking sense as Antwerp came into the game and they took a 29th-minute lead.

Ben Davies was at fault as he was caught in possession by Dieumerci Mbokani and he raced away, teeing up Refaelov to fire home in clinical fashion.

Mourinho had seen enough at half-time as he hauled four players off, including Alli, who must be left feeling frustrated at his plight. 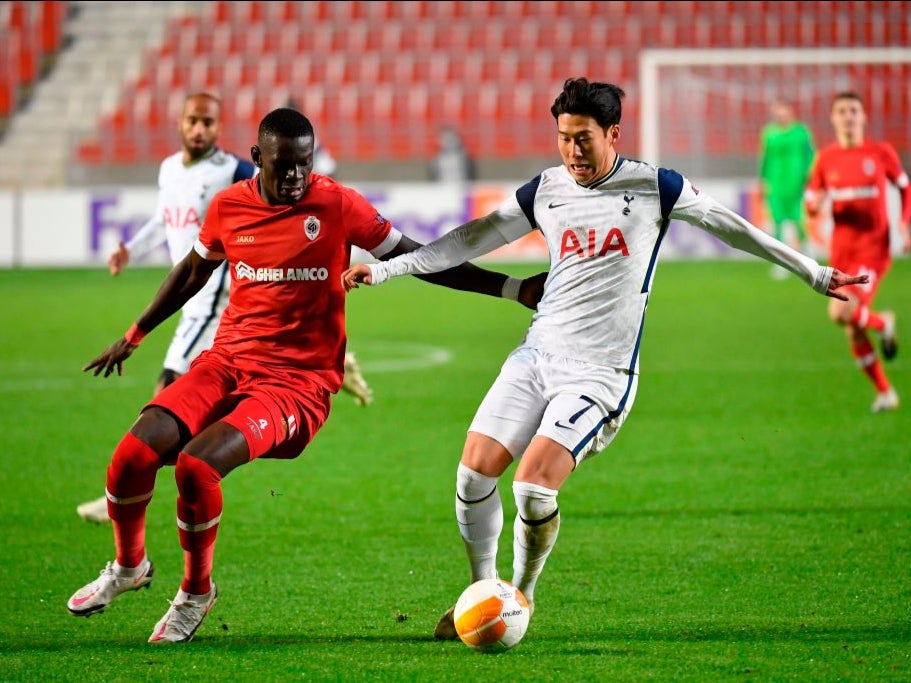 Son Heung-min was helpless to inspire a flat Spurs

If the Portuguese was doing it for effect, then it did not have the desired one as Antwerp should have extended their lead.

Harry Winks’ dreadful backpass played Refaelov in and only a goalsaving block by Davinson Sanchez stopped the Israeli doubling his tally.

They had another let-off five minutes later as Mbokani inexplicably blazed over from two yards out after Koji Miyoshi’s cross had laid it on a plate for him.

Mourinho then turned to Kane just before the hour, replacing Bale, and the dynamic of the game changed.

Son had an effort blocked by Abdoulaye Seck as Spurs began to press while Erik Lamela could not get on the end of a dangerous cross.

But it was Antwerp who continued to have the best chances as they sliced Spurs open on the break.

Simen Juklerod had a golden opportunity as he raced clear on goal, but he blazed over and then Birger Verstraete saw an effort blocked.

Spurs never threatened an equaliser, despite some late territorial, and continue a quirky record of never having won in Belgium.

Jose Mourinho tears into Tottenham stars after Europa League defeat to Antwerp
Man City youth boss opens up on tragic death of Jeremy Wisten
Best News
Recent Posts
This website uses cookies to improve your user experience and to provide you with advertisements that are relevant to your interests. By continuing to browse the site you are agreeing to our use of cookies.Ok