Liverpool boss Jurgen Klopp believes the Reds have found a solution to the current complications of the transfer market in the form of Neco Williams, Harvey Elliott and Curtis Jones. All three youngsters have now shown their senior credentials at Anfield and have forced their way into Klopp’s thinking.

The youngsters have all benefited from the Premier League’s new rules regarding substitutes, with managers now allowed to make five changed.

Jones continued his memorable season on Sunday when he netted his first Premier League goal against Aston Villa.

The midfielder fast-tracked his name into stardom in January following his stunning 25-yard winner against Everton in the FA Cup.

Williams and Elliott have also received minutes since the restart with both earning impressive reviews at Melwood for their performances on the training field. 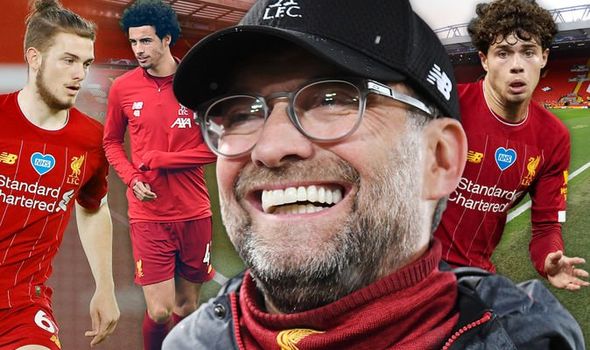 Liverpool are expected to oversee a quiet summer in the transfer window following the impact of the coronavirus crisis on the club’s finances.

But Klopp believes the Premier League champions have saved millions thanks to the fine work of the club’s academy.

“Neco (Williams) made exactly the same steps as Harvey (Elliott) and Curtis (Jones),” Klopp said, when asked about the development of the trio.

“It is a little bit easier for him to have minutes than it is for example Harvey (because of the position he plays in at full-back) who has made really good steps and is unbelievable.

“The more players you can produce yourself is better it saves you money.

“Whatever we can save out there in the crazy world of the transfer market that helps.

I’m so happy with the two boys’ new contracts (Jones and Elliott). We are here for preparing careers until the boys are ready to play week in, week out.

“I proved in the past at Dortmund and here it is not about how old you are but how good you are.”

Klopp has already unearthed a gem in the form of Trent Alexander-Arnold and the right-back is helping provide inspiration for the next school of talent.

Alexander-Arnold was handed his Premier League debut as an 18-year-old at Old Trafford in Liverpool’s 1-1 draw with Manchester United in 2017.

The England international has not looked back since stepping in for the injured Nathaniel Clyne, who departed the club last month on the expiry of his deal.

Earlier this year, Klopp went as far as labelling Alexander-Arnold his best Liverpool signing when asked to make the judgement by Guillem Balague. 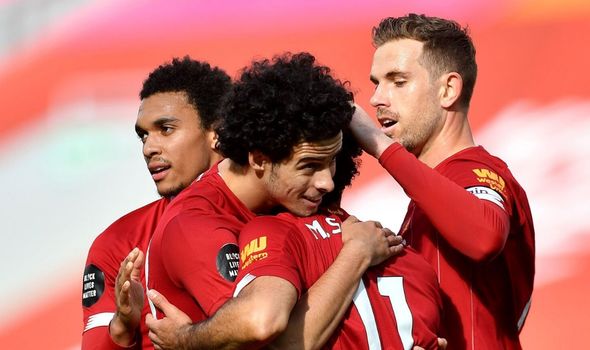 “We didn’t have to buy him but Pep Lijnders my assistant brought him around and said: ‘He played No.6 [role] for me. He played full-back, he played right-wing, left-wing’.

“Then he came and there was only one problem: Trent was not fit enough.

“But he was a kid so he was not fit enough but we saw immediately, wow, football-wise no doubts.

“But [he was] not fit enough so we had to work on that. But then he made steps by himself that were really unbelievable and that was really nice to see. Then he made mistakes and didn’t give up.”

Charlie’s Premier League predictions: Could Aston Villa earn vital point against in-form Man Utd?
Jurgen Klopp dreams of a Liverpool team 'full of Scousers'
Best News
Recent Posts
This website uses cookies to improve your user experience and to provide you with advertisements that are relevant to your interests. By continuing to browse the site you are agreeing to our use of cookies.Ok