Jordan Henderson has revealed he was forced to sit down with Jurgen Klopp to discuss his position following Fabinho’s arrival at the club. The Liverpool skipper is set to lift the Premier League title in a matter of weeks after captaining the side to glory.

Yet with the ups which also include last season’s Champions League triumph in Madrid, there have been plenty of downs.

Jamie Carragher recalled speaking to Henderson’s father at Anfield after the 3-0 win over Bournemouth last season.

Henderson had found himself out of the side with the Reds in the hunt on both the domestic and European front.

At the time, Henderson was disappointed that he was out of favour and was slightly fed up of his lack of involvement. 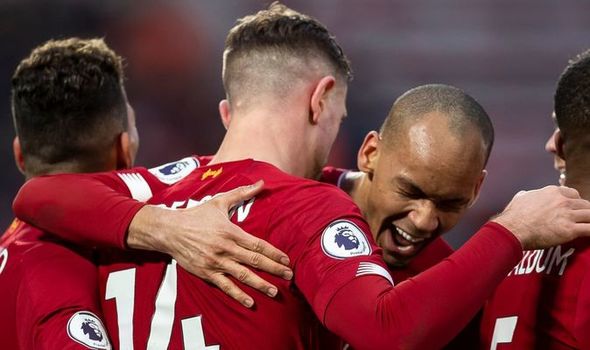 The arrival of Fabinho in 2018 gave him extra competition in midfield, particularly given that the Brazilian was their only natural holding midfielder.

After a slow start on Merseyside, Fabinho became a mainstay in the starting line up at the expensee of Henderson.

That’s when he spoke to Klopp about moving into a more advanced midfield role.

“A year ago we had a conversation when Fabinho signed,” Henderson told The Guardian.

“He was fantastic in that deeper role, definitely one of the best No 6s in the world, and it was an opportunity to move a little further forward.

“That was over a year ago, and since then I’ve played No 6 and No 8 as much as each other. It doesn’t really matter.”

Henderson made an immediate impact, scoring in the 3-1 win at Southampton in April 2019.

He hasn’t looked back since and has been a starter ever since with the exception of the odd rotation and injury. 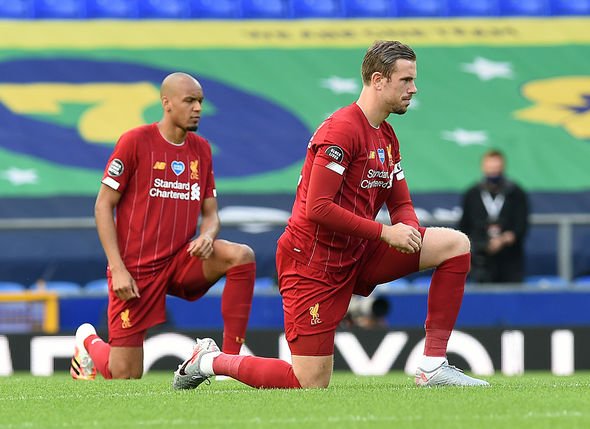 “As time goes on, you learn different things tactically,” he added.

“I always felt as though my best position was a box-to-box midfielder who could get up and down. Tackle. Work hard. Assist. Get in the box, but do the defensive side. Counter-press.

“When the gaffer came, I changed from wanting to be the player that maybe I thought I was – in terms of doing everything – to focusing on what the team needed.

“When you’re a No 6, you’ve got to be a lot more disciplined. You’ve always got to be thinking about protection, counter-pressing, being aware of the counterattack.

“Ultimately I wanted to become successful. If it meant playing a certain position, that was fine with me.”

Ole Gunnar Solskjaer knows importance of Manchester United getting it right in ‘strange transfer window’
Liverpool strike personal terms agreement with Thiago with £31m transfer offer to follow
Best News
Recent Posts
This website uses cookies to improve your user experience and to provide you with advertisements that are relevant to your interests. By continuing to browse the site you are agreeing to our use of cookies.Ok