Mohamed Salah and Sadio Mane will be knocking on Jurgen Klopp’s door and demanding they are still included in Liverpool’s starting line-up once the Reds win the Premier League title, because both will still be vying for individual awards come the end of the season. That’s the opinion of former Liverpool midfielder Danny Murphy, who insisted players won’t want to be rested even once Klopp’s side wins the league.

Liverpool moved to within touching distance of winning their first league title in 30 years on Wednesday night.

Having beaten Crystal Palace 4-0 at Anfield, they will be crowned champions if Manchester City fail to beat Chelsea tonight.

If City win, Liverpool will have to wait for next week’s trip to the Etihad to have the chance to win the title.

As it seems inevitable that Klopp’s charges will get over the line and win the league, discussions are already taking place about what the German boss will do to tinker with his team once the title is wrapped up. 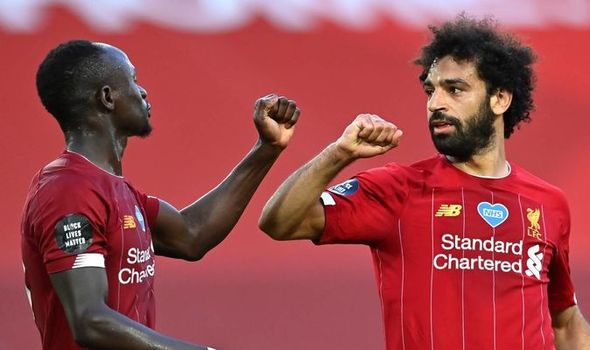 Klopp appears to be willing to rotate his team around in order to avoid injuries, despite Liverpool having no other competitions to play for.

But Murphy believes if he tries to rest his front three, he’ll face stiff opposition due to their Golden Boot chances.

Salah currently has 17 league goals in the current campaign – two behind current top scorer Jamie Vardy – while Mane has 15.

And speaking on Match of the Day, the former midfielder explained that players will want to be a part of history, with Liverpool having the chance to break the Premier League’s all-time points total record.

Liverpool have 86 points from 31 games, and could break Manchester City’s points total by a single point if they win all their remaining games.

“If they were in the Champions League, I’d understand [resting players] more,” Murphy said.

“But if I’m Mo Salah and I’m going for the golden boot or Mane or Trent [Alexander-Arnold, on track to challenge for the record of Trmost assists in a Premier League season], I’d be knocking on [Klopp’s] door saying I want to play these last few games.

“You want to be a part of the greatest team in Premier League history.” 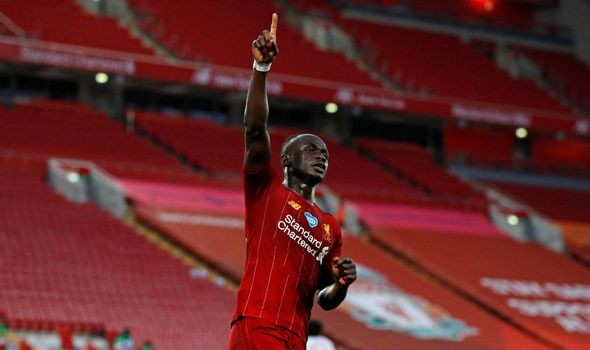 Salah explained that he feels it is Liverpool’s time to win the league, having gone 30 years without lifting the league title.

Speaking after the 4-0 demolition of Palace at Anfield, he said: “I feel great. Since I came here I said I want to win the Premier League with the team.

“The city didn’t win it for a long time, so it was the right time.

“Maybe last year we had a chance to win it but Man City also performed really good and they won it. It’s our time to win it and it’s great.”

Liverpool ace Fabinho praised for unlocking one Reds player’s potential in Palace win
Arsenal boss Mikel Arteta urged to make striker decision ahead of Southampton game
Best News
Recent Posts
This website uses cookies to improve your user experience and to provide you with advertisements that are relevant to your interests. By continuing to browse the site you are agreeing to our use of cookies.Ok