Liverpool have reportedly opened talks for Watford forward Ismaila Sarr in a deal that would see him move to Anfield in January. The jet-heeled winger is set to miss the opening game of the Championship season tonight against Middlesbrough at Vicarage Road.

Beyond that, he remains part of the club’s plans to seal an immediate return back to the Premier League.

The Hornets were relegated on the final day of the Premier League season after going down 3-2 at Arsenal.

New boss Vladimir Ivic and the Watford board do not intend to sell Sarr, who they value at around £50million.

Liverpool are keen on the 22-year-old and have weighed up a summer swoop.

JUST IN: Liverpool transfer for Nabil Fekir did not collapse due to medical as new twist emerges 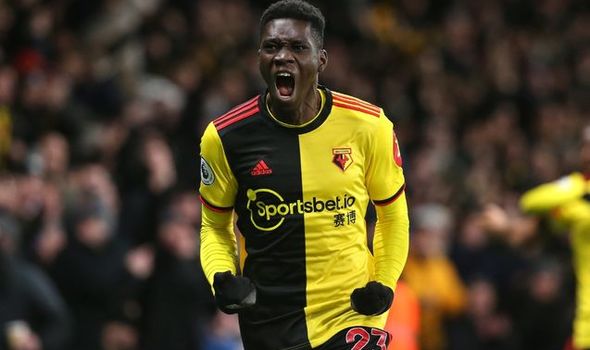 According to Football Insider, the Reds have opened talks over a deal but not for this summer.

The report claims that Liverpool do not have the finances to complete the deal now and are keen to wait until January to get it over the line.

The Premier League champions have a free run at Sarr, with no other clubs believed to be interested.

Jurgen Klopp is keen on adding another forward to his ranks to ease the pressure on Mohamed Salah, Sadio Mane and Roberto Firmino.

Sarr is close friends with Mane, who he describes as his older brother.

He has followed a similar pathway to his compatriot into Europe, having come through the Generation Foot academy based in Dakar before joining Metz.

In Mane, Sarr would have the perfect role model to learn from on a daily basis and it could help him reach the next level.

Former Liverpool striker Neil Mellor believes Sarr is the perfect fit for Klopp and it’s a transfer worth pursuing. 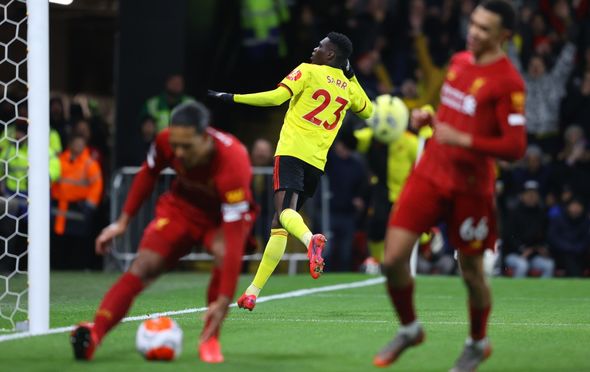 “When you look at players like Sarr, you think if he was to go and maybe work under a manager like Jurgen or someone, he could take him to the next level,” Mellor told Gentingbet.

“I think he has that ability and he showed that. He’s had a good season at Watford even though they’ve been relegated and he cost them a lot of money.

“The thing is with Sarr, he’s got a big future if the right sort of manager can be around him and guide him in these important times.

“He’s good mates with Mane, and we all know about players helping deals get over the line with friends. Sarr wouldn’t start but he’s a player who could certainly offer help to the front three and say, well, I can freshen it up for this game so there isn’t an overuse for the front three.

“I think he’s a really exciting player, a top talent who somebody like Jurgen at Liverpool could get more out of in a few years.

“But I think he will be very much in demand this window and the price would have to be right, and that could be something that could put Liverpool off. He’s young and still got so much to learn, so I think Jurgen would help him.”

Owen Hargreaves identifies the 'problem' with Arsenal signings Saliba & Gabriel
Manchester City legend Yaya Toure targets a move to Serie A
Best News
Recent Posts
This website uses cookies to improve your user experience and to provide you with advertisements that are relevant to your interests. By continuing to browse the site you are agreeing to our use of cookies.Ok