Steven Gerrard hailed the achievements of Jurgen Klopp and his players after Liverpool officially wrapped up the Premier League title. The Reds are English champions for the first time in 30 years following Manchester City’s defeat against Chelsea.

Gerrard came within touching distance of breaking Liverpool’s baron streak during his twilight years at the club, but it wasn’t to be.

The Reds missed out on the title by just two points in Gerrard’s penultimate season at Anfield.

Instead, fans were forced to wait another six years to see the team back on top of English football, long after Gerrard had left to go and manage Rangers.

But after it was confirmed that Liverpool were Premier League champions for the first time on Thursday night, the club icon took to Instagram to praise everyone involved at Anfield. 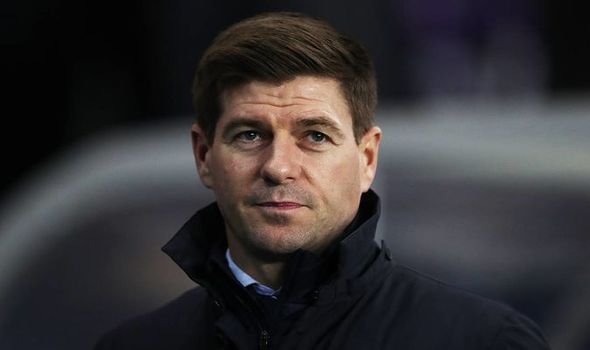 He wrote: “Congratulations to all @liverpoolfc on winning the premier league.

“Incredible achievement from a fantastic squad of top players.

“Lead by a world class manager and coaching team also a special mention for the backing from FSG.

“And lastly and most importantly the fans who have waited 30 years.

The Citizens went 1-0 down to a Christian Pulisic goal, before Kevin de Bruyne levelled the scoring with a tremendous free-kick.

Fernandinho was then shown a red card with just over ten minutes to play after handling the ball in the area, with Willian stepping up to slot home the penalty. 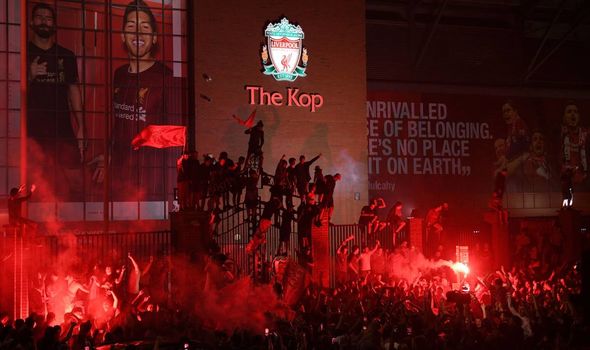 Liverpool’s first-team squad – as well as the coaching team – watched the game live from an unnamed hotel and errupted with celebrations after the full-time whistle.

Club captain Jordan Henderson, who took the armband after Gerrard left for LA Galaxy, struggled to fight back the tears speaking immediately after the league was wrapped up.

Henderson said: “It’s amazing, I didn’t want to talk about it until this moment, so it’s great to finally get it over the line.

“I’m so happy for all the boys, the fans, the whole club, the city.

“It was amazing. Having won the Champions League on the pitch that was a lot of emotion, but it was a different experience watching the game.

“The final whistle went and to be with everyone, staff and everyone together, was amazing really. Another moment in our lives that we’ll never forget.

“It feels pretty good. To be honest I’m lost for words really, it hasn’t sunk in.”

Arsenal coaches surprised by what Pierre-Emerick Aubameyang does after training

Carragher: Liverpool could sign Sancho next year if Man Utd miss out

Carragher taunts Neville with picture of him 'celebrating' title glory
How Liverpool manager Jurgen Klopp went from ‘idiot’ to legend in 10 steps
Best News
Recent Posts
This website uses cookies to improve your user experience and to provide you with advertisements that are relevant to your interests. By continuing to browse the site you are agreeing to our use of cookies.Ok