Former Liverpool star Dietmar Hamann believes Jurgen Klopp would get “three or four” good years out of Thiago, but he doubts whether the Bayern Munich star would fit into the current team. Bayern CEO Karl-Heinz Rummenigge has confirmed Thiago will leave the club this summer after negotiations over a new deal broke down.

The Bundesliga champions don’t want to lose Thiago for free next summer and the 29-year-old has reportedly earmarked a move to the Premier League.

Liverpool are said to be his preferred destination but both Manchester United and Arsenal have also been touted as being interested.

Central midfield though isn’t a position where Jurgen Klopp is short of options.

While the positions in defence and attack virtually pick themselves, Klopp has chopped and changed between Jordan Henderson, Georginio Wijnaldum, Fabinho, Alex Oxlade-Chamberlain, Naby Keita, James Milner and Adam Lallana. 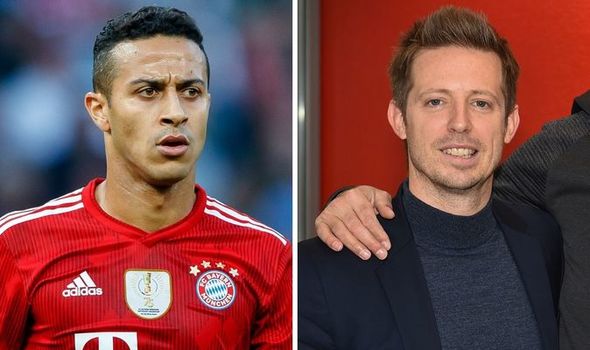 Curtis Jones has also emerged as a huge prospect with Klopp tipping the youngster for a bright future at Anfield.

That makes Hamann question whether Liverpool would be the right fit for Thago.

“The question is whether there really is a position in the team for a player like Thiago,” he told The Athletic.

“The midfield is workmanlike. They get most of their creativity from other areas. In most games, they attack with five players — the full-backs and the front three.

Liverpool may already have a free alternative to Timo Werner

Liverpool boss Jurgen Klopp ‘has his eye’ on transfer targets

“The protection provided by the midfield means Liverpool are rarely caught on the counter-attack.

“There’s a nice balance. You don’t want to lose that balance but for me there should always be room for someone of the calibre of Thiago.”

He added: “But you could still get a very good three or four years out of him.

“And with his contract situation, the fee would be relatively low. I’d be happy to get him for £25 million. 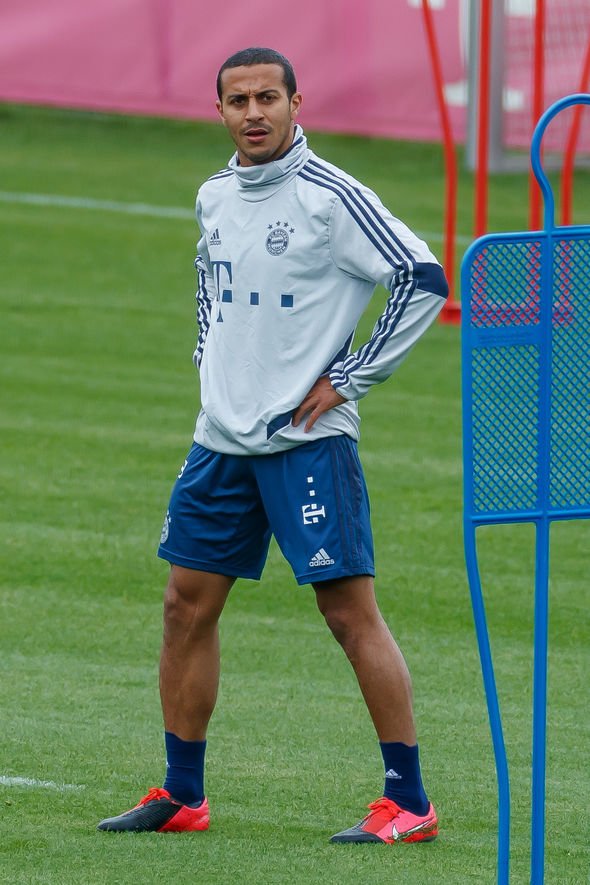 “Thiago isn’t someone who relies on his pace. He’s smart. He uses the ball well.

“There were doubts about him when he first came to Bayern but in the last 18 months he’s been really good. That’s why they offered him a new contract. They don’t want to lose him.

“He’s not a holding midfielder. Thiago is a No 8. My one criticism of him is that he doesn’t score enough goals.

“There’s such a fear factor about Liverpool now. Teams come to Anfield and just try to frustrate them and that’s likely to get worse next season.

“Thiago has huge quality in terms of unlocking defences. He could be very useful. I think if there’s one area of this team that Liverpool can improve it’s probably the midfield.”

Man Utd qualifying for Champions League could END Jadon Sancho transfer chances
Manuel Pellegrini to take charge of Real Betis next season
Best News
Recent Posts
This website uses cookies to improve your user experience and to provide you with advertisements that are relevant to your interests. By continuing to browse the site you are agreeing to our use of cookies.Ok