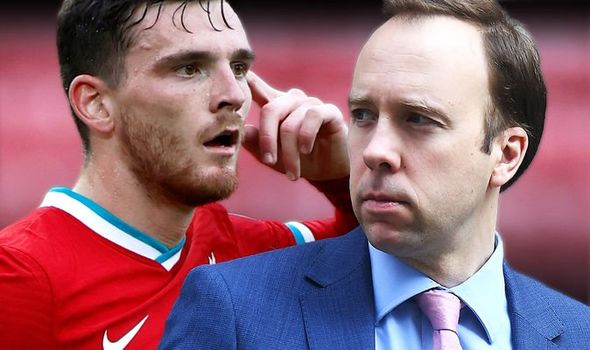 During the peak of the coronavirus pandemic when the entire UK was under lockdown, health secretary Matt Hancock used his daily press conference to bizarrely call out Premier League footballers to request they take a pay cut.

“Given the sacrifices people are making, including some of my colleagues in the NHS, who have made the ultimate sacrifice and gone into work and caught the disease and have sadly died, I think the first thing Premier League footballers can do is make a contribution; take a pay cut and play their part,” Hancock said on the evening of April 6.

Like the rest of us, Andy Robertson was watching on and wondering when he could get back onto the field to help Liverpool wrap up their first top-flight title in 30 years.

That day would eventually come, in August, and Robertson decided it was time to pen his thoughts after a chaotic 14 months.

Writing in his new book, Robbo: Now You’re Gonna Believe Us, which will be released by Reach PLC on Thursday, the full-back wrote: “The government’s daily briefings became must-watch TV in the Robertson household.

“Rach and myself would make sure we made time for them because it was so important that we knew what was going on and were able to understand it. 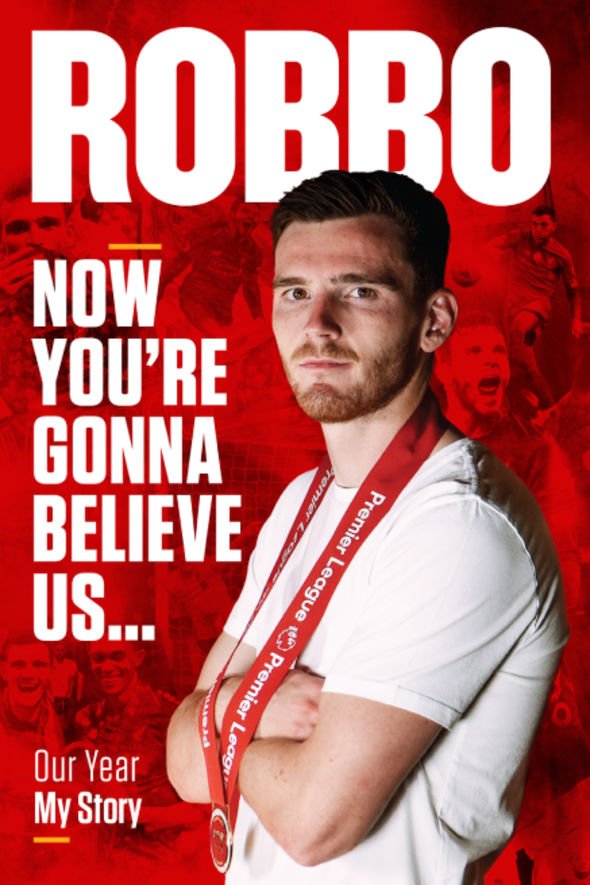 “Like most people in the country, I was struggling with the way that the government was handling the situation but I also recognised that there were so many complexities at play that even the very best administration would have had a battle on its hands.

“As it was, we had Matt Hancock, the secretary of state for health and social care no less, using up valuable time to tell Premier League footballers that they should be doing more to help.

“I was sat on the couch, on the same seat I had bounced on when (Scott) McTominay sent me into raptures a few weeks earlier (when he scored the second goal for Manchester United to beat City), when he said it.

“This time I didn’t move. My jaw dropped and I just stared at the television in total disbelief. Premier League players ‘should take a pay cut and play their part,’ he said.

“It was baffling how he could come out with something like that, particularly as reducing our pay would also have slashed the amount that we would contribute to the exchequer at a time of financial crisis.

“I would be the first to admit that footballers at the very highest level are privileged, having come from a background in which money is much harder to come by.

“I also accept that we have a responsibility to contribute and fully support the principle that our taxes are used to support the NHS, state schools, social care and the welfare state as a whole. Most footballers are the same in this respect.

“We tend to come from humble backgrounds, often working class, and we know how tough some people have it.

“It is this kind of knowledge and experience which means the collective social conscience in our sport is as strong as it has ever been.

“We don’t need to be singled out, held up as a symbol of selfishness when the opposite is true more often than not.

“Mr Hancock’s comments were unfair and they were also uninformed. There was no mention of other wealthy individuals, in sport or other industries. The only people in the crosshairs were footballers.

“Whether it got publicised or not, a lot of players were very active at that time.

“I knew that from my own experience with team-mates making anonymous donations to local hospitals, children’s charities, care homes, foodbanks, mental health organisations and other good causes besides.

”Hendo had already set up a coronavirus fund for the NHS – Players Together – which the captains of all Premier League clubs got involved with on behalf of their team-mates.

“It only became a big story later in lockdown but Marcus Rashford was supporting kids who were wondering where their next meals were coming from. 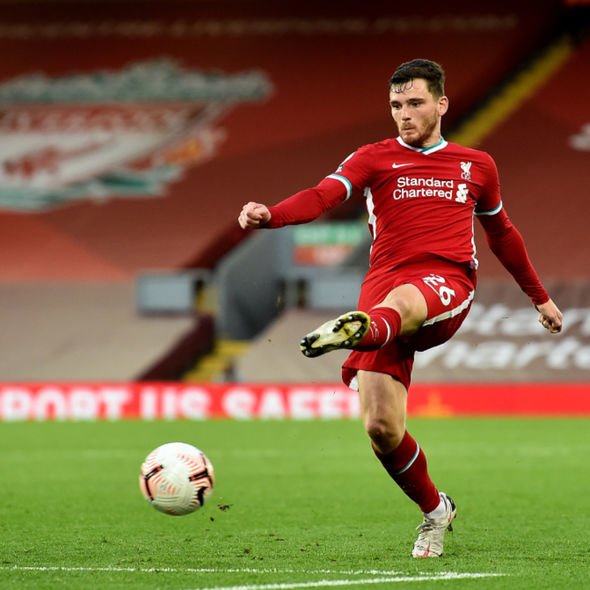 “The health secretary may not have been aware of this but when you’re a government minister it’s pretty easy to find out what individuals and groups are doing, but he didn’t bother.

“He shot from the hip and we were the ones in the firing line. I did have some guilt.

“Personal wealth was never something that I expected to have and I doubt I will ever be totally comfortable with it because I know a lot of people are struggling but I also saw the unfairness in the debate being taken in this particular direction.

”If anyone from the government had wanted to have a conversation about how society can come together to ensure foodbanks are no longer a necessity, fine. I would have been all ears.

“Until then, footballers including myself will continue to support those causes because we know without that kind of support the type of poverty that is far too commonplace in cities like Glasgow and Liverpool will only worsen.”

Robbo: Now You’re Gonna Believe Us is on sale Thursday September 17 from reachsportshop.com for 25% off. ebook also available, audiobook coming soon. Andy Robertson will be making a donation from his book proceeds to his charity AR26.

Benfica swoop for Jan Vertonghen on a free transfer from Tottenham

EXCLUSIVE: Gareth Bale COMPLETES stunning move back to Tottenham
Liverpool ace Robertson says Hancock left him furious with ‘unfair’ comments
Best News
Recent Posts
This website uses cookies to improve your user experience and to provide you with advertisements that are relevant to your interests. By continuing to browse the site you are agreeing to our use of cookies.Ok