Liverpool captain Jordan Henderson has vowed to make it back fit for the start of the new Premier League season after confirming he is to miss the remainder of the current campaign with a knee injury.

Henderson went down clutching his knee against Brighton on Wednesday and was substituted off.

The England midfielder scored a brilliant long-range goal in Liverpool’s 3-0 win over the Seagulls on the south coast.

Henderson underwent a scan back on Merseyside and the results showed that surgery wouldn’t be needed. 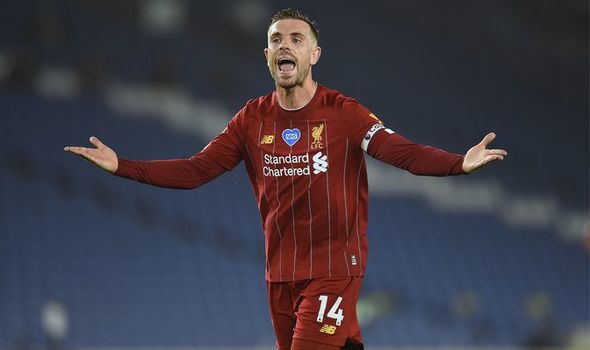 The Premier League winner is now focussed on getting back to peak fitness.

“Unfortunately following the knee injury I picked up against Brighton on Wednesday I will now miss the last two weeks of the season,” he wrote on Facebook.

“However, my rehabilitation will start immediately.

“I’ll be working hard to be back to full fitness in just a matter of weeks in order to be fully ready for the start of the new season.

“Of course it’s not the way I’d have preferred to have finished the season on a personal level.

“But it’s been an incredible campaign for us so far as a team and as a club.

“I’ll be doing everything I can to support the boys for the final games from the sidelines. 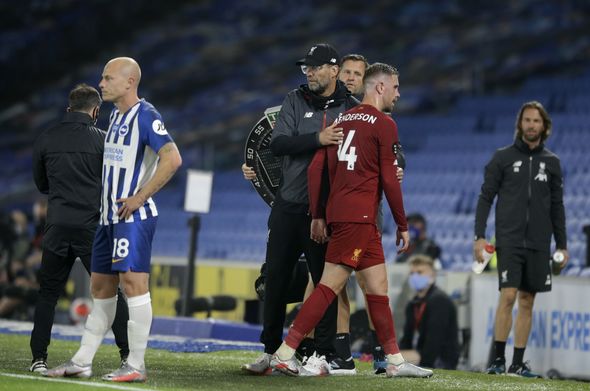 “I’m sure the lads will ensure we finish the season off on a high.

“Thanks to everyone for the messages of support and I look forward to being back our there as soon as possible.”

Manager Jurgen Klopp promised that Henderson would lift the trophy for Liverpool, whenever that time comes.

“It was an awful moment when Hendo went down,” he said.

“In Germany we would say he’s an animal – he fights with everything.

Man Utd boss Solskjaer urged to axe one player and seal transfer to challenge Liverpool
Manchester City have option on Algerian starlet dubbed the next Mahrez
Best News
Recent Posts
This website uses cookies to improve your user experience and to provide you with advertisements that are relevant to your interests. By continuing to browse the site you are agreeing to our use of cookies.Ok