Jurgen Klopp could potentially have up to seven stars missing for today’s clash with Arsenal in the Community Shield. It will be the club’s last run out before their Premier League title defence kicks off at Anfield on September 12 at home to Leeds United.

The players are set to depart for international duty after the clash before returning to Melwood ahead of the new campaign.

It’s not been the ideal preparation for Klopp already, who has been without a number of first-team players.

That includes captain Jordan Henderson, who is continuing to step up his recovery from a knee injury sustained against Brighton.

Klopp confirmed that Trent Alexander-Arnold, Joel Matip, Xherdan Shaqiri, Alex Oxlade-Chamberlain and Harry Wilson are all unlikely to feature against the Gunners. 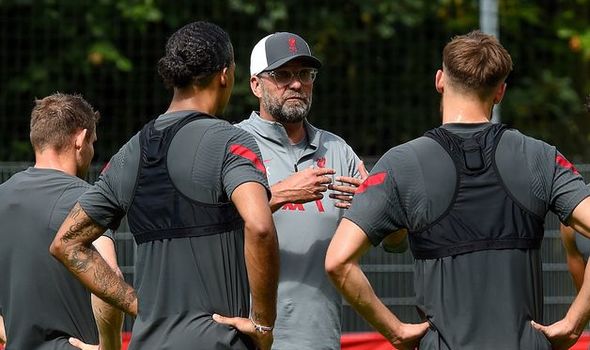 “All the boys which were not involved so far or got slight knocks in pre-season will not be available for tomorrow, but [are] getting closer, really closer, closer and closer so hopefully the majority of them can start training completely normal after the Arsenal game, but this game is now a bit too early for them. Maybe one or two [will be] involved in the squad, we have to see,” Klopp said when addressing the media on Friday.

Alisson is set to start between the sticks with a back four of Neco Williams, Virgil van Dijk, Joe Gomez and Andy Robertson ahead of him.

Van Dijk will be fit despite a nasty gash to his head sustained in the 2-2 draw with RB Salzburg in Austria earlier this week.

Fabinho, Gini Wijnaldum and Naby Keita are expected to start in midfield.

Klopp was coy when asked about the future of Wijnaldum amid links to Barcelona.

He is yet to agree a new contract as he enters the final year of his deal, but he should still be involved at Wembley.

Mohamed Salah, Sadio Mane and Roberto Firmino will line up in attack barring any late change of heart. 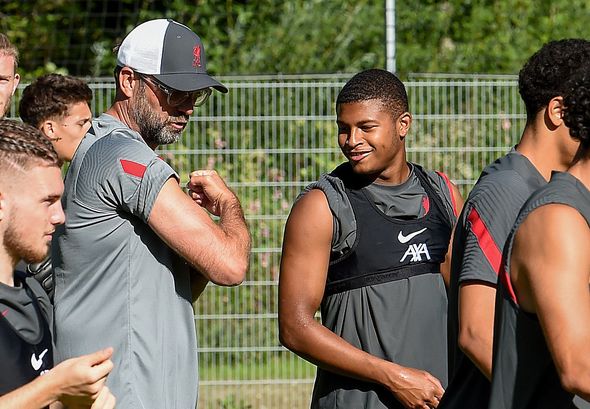 Rhian Brewster will also be involved following his impressive three-goal haul in pre-season but off of the bench.

Express Sport understands that Sheffield United remain keen on a loan but Klopp looks keen to keep him at the club this season although no final decision has been made.

Divock Origi remains absent from the squad and is not expected to feature at Wembley due to an apparent injury.

Leeds United set for three-way battle to sign Rico Henry transfer from Brentford
How much Man Utd could earn by selling six out-of-favour first-team stars
Best News
Recent Posts
This website uses cookies to improve your user experience and to provide you with advertisements that are relevant to your interests. By continuing to browse the site you are agreeing to our use of cookies.Ok