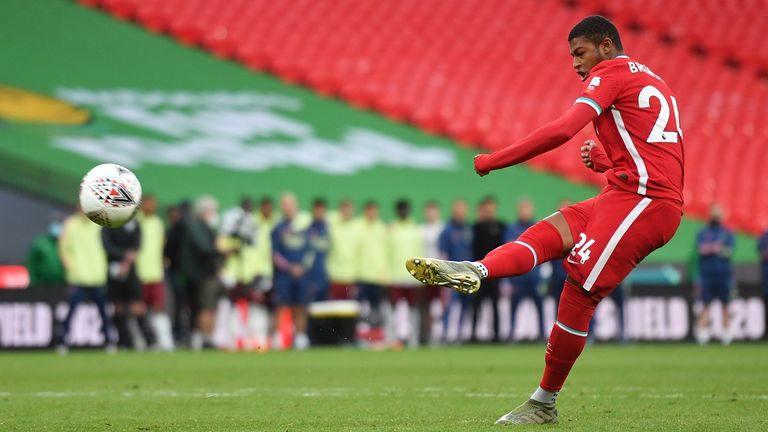 The latest transfer news and gossip on the players linked with Liverpool – and those who could leave the club.

The latest players linked with a move to Liverpool…

Thiago Alcantara – The Bayern Munich midfielder has denied telling the Champions League winners that he wants to leave (Sunday Mirror, September 6); Alcantara is “waiting for Liverpool’s call” over a move to Anfield, although no bid has been made yet (The Athletic, August 28); Liverpool yet to approach Bayern over move for midfielder and will not pay pay 30m euros for a player shortly out of contract (Sky Sports News/Sky in Germany, August 26).

Javi Cendon – Liverpool are weighing up a move for the Spanish goalkeeper after inviting the youngster to their training camp in Austria (Daily Mirror, August 25)

Adama Traore – Wolves may sell the winger after Nuno Espirito Santo was told he needed to raise transfer funds which leaves Liverpool and Manchester City to battle it out (Sunday Mirror, August 23)

Diego Carlos – Liverpool have been told they must meet the defender’s £68m release clause if they want to purchase him from Sevilla (Star, August 11); Liverpool will face competition from Manchester City as they look to sign the Sevilla centre back (Daily Mirror, August 1).

Victor Osimhen – The Lille striker has joined Napoli for £74m after turning down Liverpool and Manchester United (Liverpool Echo, August 1).

Aissa Mandi – Liverpool are facing a transfer battle with West Ham for the signature of the Real Betis defender (Mirror, August 7).

Mateusz Musialowski – Liverpool have stolen a march in the transfer market and signed the 16-year-old Polish sensation from SMS Lodz (The Sun, August 1).

Ricardo van der Laan – Arsenal and Liverpool are reportedly chasing the 17-year-old goalkeeper from Portuguese side Belenenses (The Sun, August 1).

Lloyd Kelly – Liverpool are ready to revive their interest in the Bournemouth defender after missing out on him last summer (Daily Express, July 31).

Adam Lallana – Brighton have signed the midfielder on a free transfer from Liverpool (Sky Sports July 28).

Dejan Lovren – The Croatia defender has completed his move from Liverpool to Zenit St Petersburg for a fee of around £11m (Sky Sports July 27).

The latest on players linked with a Liverpool exit…

Rhian Brewster – Liverpool are considering allowing Rhian Brewster to leave on a permanent deal in this transfer window with the possible protection of a buy-back clause (Sky Sports, September 8); Aston Villa want to buy Brewster from Liverpool as their search for a striker goes into overdrive (The Sun, September 8); Liverpool manager Jurgen Klopp has reportedly blocked an approach from Newcastle to take Reds striker Brewster on loan next season (Daily Express, September 8); In-demand Brewster is ready to wait as Klopp weighs up Liverpool transfer offers (Daily Mirror, July 19); The young Liverpool star is wanted on loan by Sheffield United in a three-way fight (Sun, July 26).

Georginio Wijnaldum – Liverpool have told Barcelona it will cost them £15m to land Wijnaldum (Sunday Mirror, September 6); The Netherlands international’s agent is closing in on an agreement for his client to join Barcelona this summer (Daily Star, September 5); Barcelona manager Ronald Koeman wants Wijnaldum to play a pivotal role in his rebuilding project at the Nou Camp (Sky Sports, September 2).

Marko Grujic and Harry Wilson – Wilson will only leave Liverpool on a permanent deal this summer – otherwise he will be part of Jurgen Klopp’s squad (Sky Sports News, August 25); Liverpool are prepared to ignore further loan deals for both Grujic and Wilson this summer as the Reds seek to bring in around £40m for the in-demand duo (Daily Mirror, August 20); Aston Villa are ready to compete with Leeds United for Liverpool’s £20m-rated winger Wilson (The Sun, August 20).

Loris Karius – Liverpool are hoping to raise £6m from the sale of Loris Karius, with French outfit Montpellier believed to be keen on the German goalkeeper (Daily Mirror, July 23).

Yasser Larouci – The 19-year-old Algerian defender is set to leave Liverpool this summer, with Leeds and Brentford among the clubs interested in signing the full-back (Goal, July 17).

Premier League prize money: How much can Liverpool and co earn?

Man Utd end transfer interest in Kane, Haaland and Jimenez to back Martial
Rob Holding set to start Arsenal's clash vs Fulham after David Luiz injury
Best News
Recent Posts
This website uses cookies to improve your user experience and to provide you with advertisements that are relevant to your interests. By continuing to browse the site you are agreeing to our use of cookies.Ok