Liverpool are reportedly very likely to sign Thiago Alcantara this summer with the star set to quit Bayern Munich, according to reports in Spain. The midfielder recently sat down with club chiefs again to speak about his future in which Bayern were hopeful that he may change his mind.

Instead, Thiago doubled down and was insistent that his time at the club was coming to an end.

He signed for Bayern in the summer of 2013, when Pep Guardiola first took over at the Allianz Arena.

Thiago was keen to join Manchester United but David Moyes decided against the deal.

He has won seven Bundesliga titles during his time in Bavaria and is well respected by his colleagues, staff and supporters despite his desire to move on. 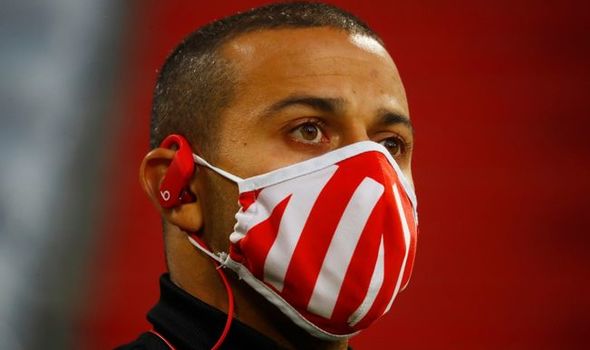 At 29, Thiago feels like this could be his last chance to play for another big club and potentially try another league.

The Spanish international has one year remaining on his deal but Bayern are adamant they do not want to lose a player of his quality on a free transfer.

According to Mundo Deportivo, Liverpool look set to bring Thiago to Merseyside this summer.

Bayern are looking for around £27million having previously requested £31m.

They’re hopeful that the Reds will take Thiago off their hands although Paris Saint-Germain are also in contention.

Jurgen Klopp is said to have told the Liverpool board he is happy for them to pursue a transfer, but the final call will rest with the club’s hierarchy.

Any potential deal is likely to hinge on the future of Gini Wijnaldum, who has one year remaining on his current deal.

Bayern chief Karl-Heinz Rummenigge confirmed earlier this week that Thiago has u-turned his decision to sign a Bayern contract, which was virtually agreed earlier in the year.

“In fact, the talks Hasan had with him have always been very productive. And at some point it actually seemed that it was done [a new contract at Bayern],” Rummenigge told Sky Germany. 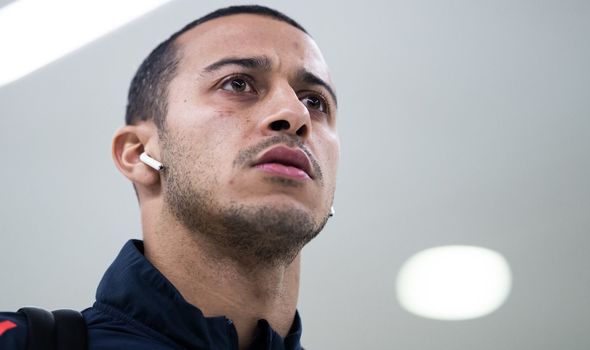 “But then Thiago informed Hasan that he would like to do something new. We have to accept that.

“We have a contract with Thiago that is still valid for one year and if he reaches an agreement with any club then that club should pay a transfer fee of a certain amount,” he added.

“I do not want to make any public comment about the fee that we have in mind. As I have already said, we’ll not have a summer sale at Bayern. There will always have to be a certain amount that will make us sell a player.

“I’m not angry at all, I like him. I think he’s a great footballer and he has a good character too.

“You shouldn’t forget either that at 29, he is at an age where, if he wants to do somet

Chelsea losing Arsenal FA Cup final clash shows three players Frank Lampard must sell
Arsenal boss Mikel Arteta sent message to Mesut Ozil and Matteo Guendouzi after FA Cup win
Best News
Recent Posts
This website uses cookies to improve your user experience and to provide you with advertisements that are relevant to your interests. By continuing to browse the site you are agreeing to our use of cookies.Ok