Brazil had never lost a World Cup qualifier at home, a run that stood at 54 matches going into Friday’s game, and they never looked in danger of losing that record.

Marquinhos put the home side 1-0 up with a header after 16 minutes before Firmino scored after 18 and 49 minutes, both times by getting on the end of low crosses into the penalty box. 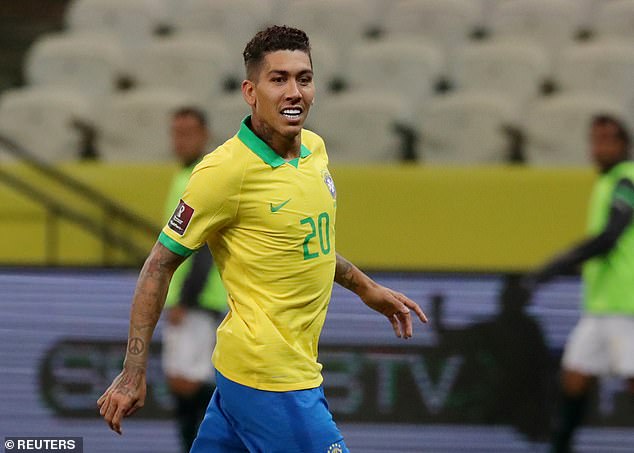 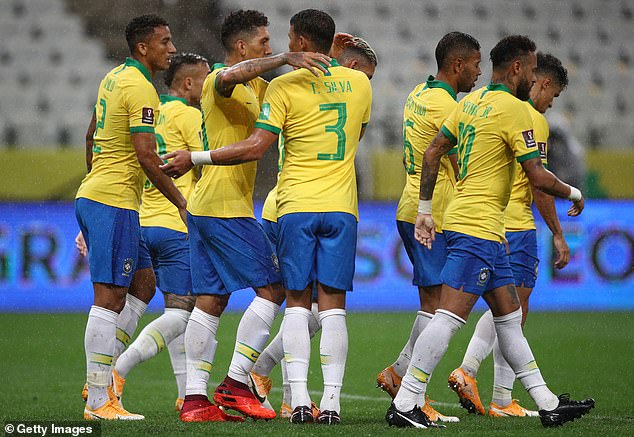 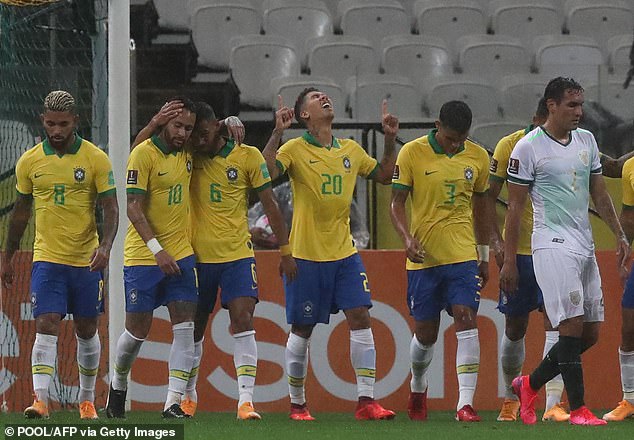 Brazil were rampant down the flanks and the Bolivian defence had little answer to the crosses of Renan Lodi and Everton and the dangerous midfield promptings of Neymar, who was unlucky not to get his name on the scoresheet.

The fourth came after 66 minutes, when a glancing touch from Rodrygo deflected off defender Jose Maria Carrasco’s shoulder and Coutinho completed the rout with a header seven minutes later.

Bolivia, who last qualified for the World Cup finals in 1994, started with an inexperienced side under a torrential rain at Corinthians’ Neo Quimica Arena and had just one shot on target compared to Brazil’s 10. 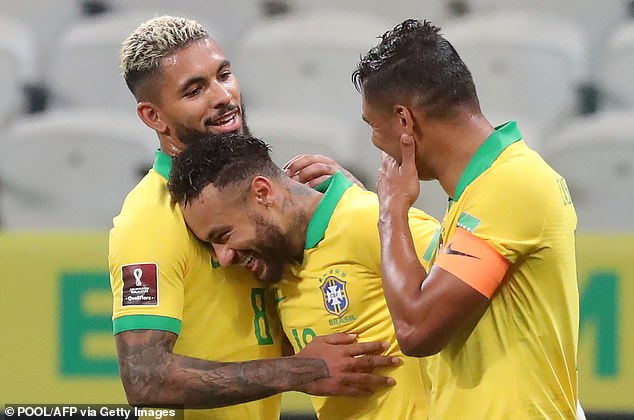 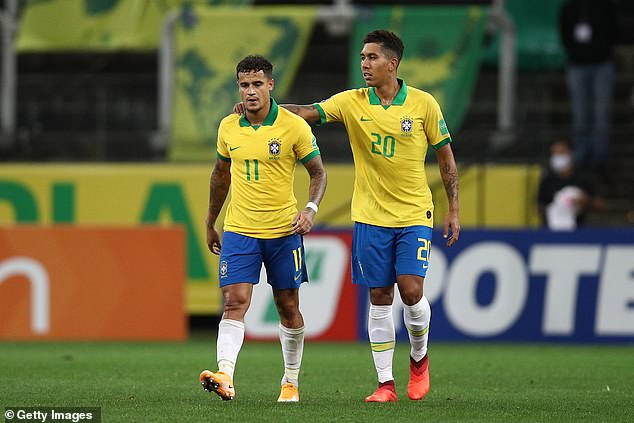 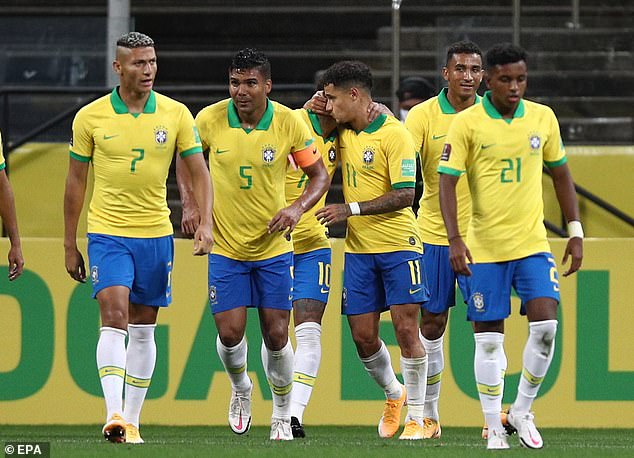 The top four teams in the 10-team South American group qualify directly for Qatar 2022 and the fifth-placed side goes into an inter-regional play-off.

Brazil now travel to Lima to face Peru on Tuesday, while Bolivia are at home the same day to Argentina, who opened their campaign with a 1-0 win over Ecuador on Thursday.

Brazil captain Casemiro put the impressive performance down to his team’s single-minded approach to the game.

‘Without a doubt, we have to highlight the fact that we took this seriously,’ the Real Madrid man said. 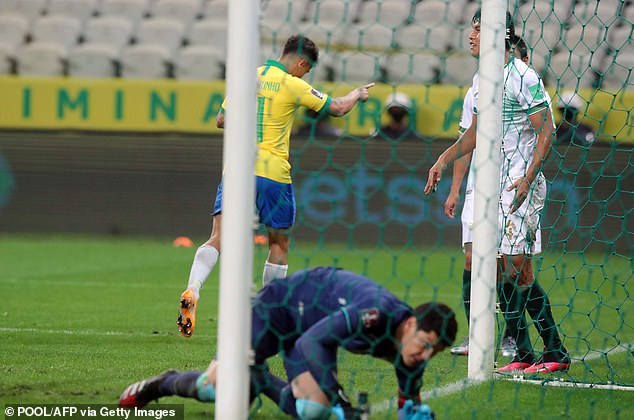 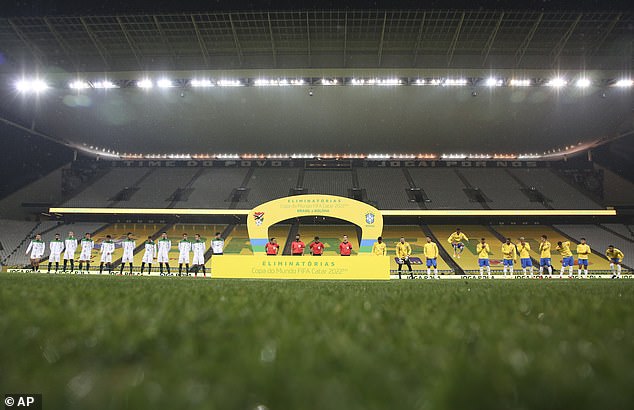 ‘At no time did we try any funny stuff, we were always respectful. That’s football, if you have the opportunity, then try and score more. We took this game 100 per cent seriously.

‘I think there’s always room for improvement, what’s important is getting used to playing together.

‘We’ll adapt better as we play more games. That’s what is important. We deserve congratulations today. We were always looking for goals.’

Chelsea star Olivier Giroud opens up on Serie A transfer interest and admits he may leave
Inside football’s ‘Red Zone’ as clubs fight to survive without supporters
Best News
Recent Posts
This website uses cookies to improve your user experience and to provide you with advertisements that are relevant to your interests. By continuing to browse the site you are agreeing to our use of cookies.Ok