Luton Town 0-3 Manchester United: Juan Mata penalty and late double from Marcus Rashford and Mason Greenwood send Ole Gunnar Solskjaer’s team through to the next round as Dean Henderson makes his debut

These are, of course, unprecedented times, although Ole Gunnar Solskjaer discovered there are some things that simply do not change.

Juan Mata remains a delightful footballer at the age of 32, with an ability to illuminate and influence any contest, and Manchester United will usually get a penalty. 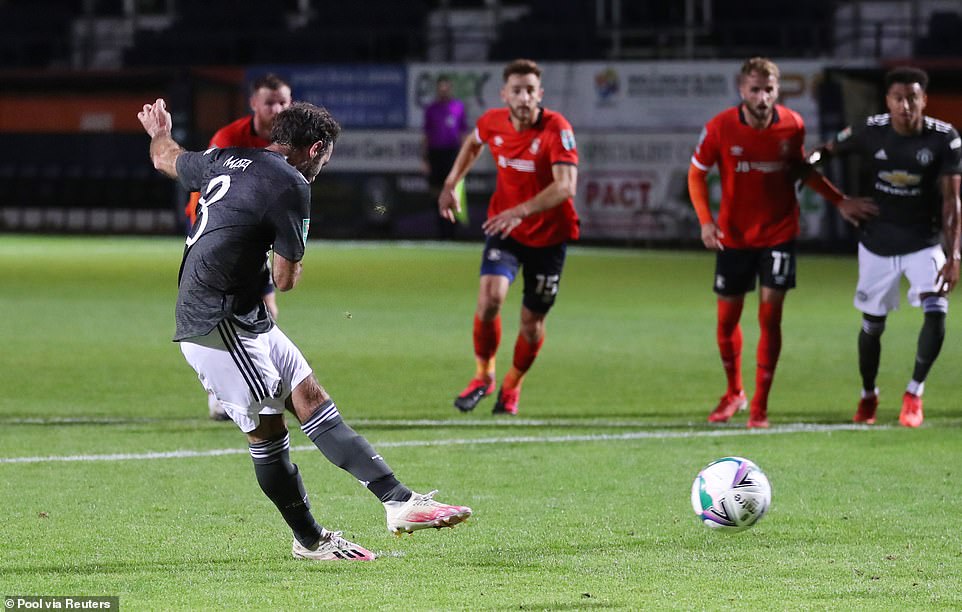 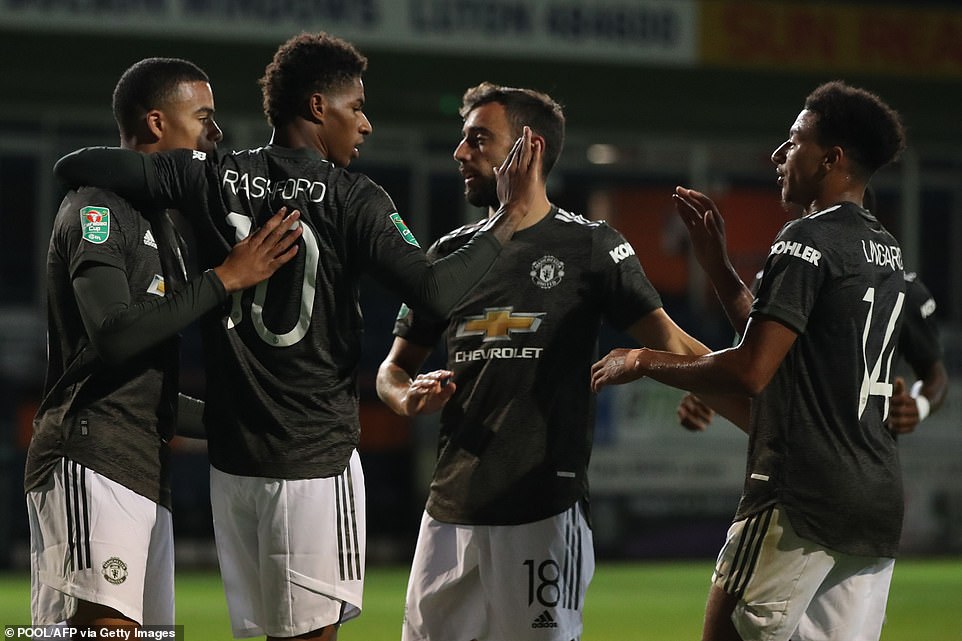 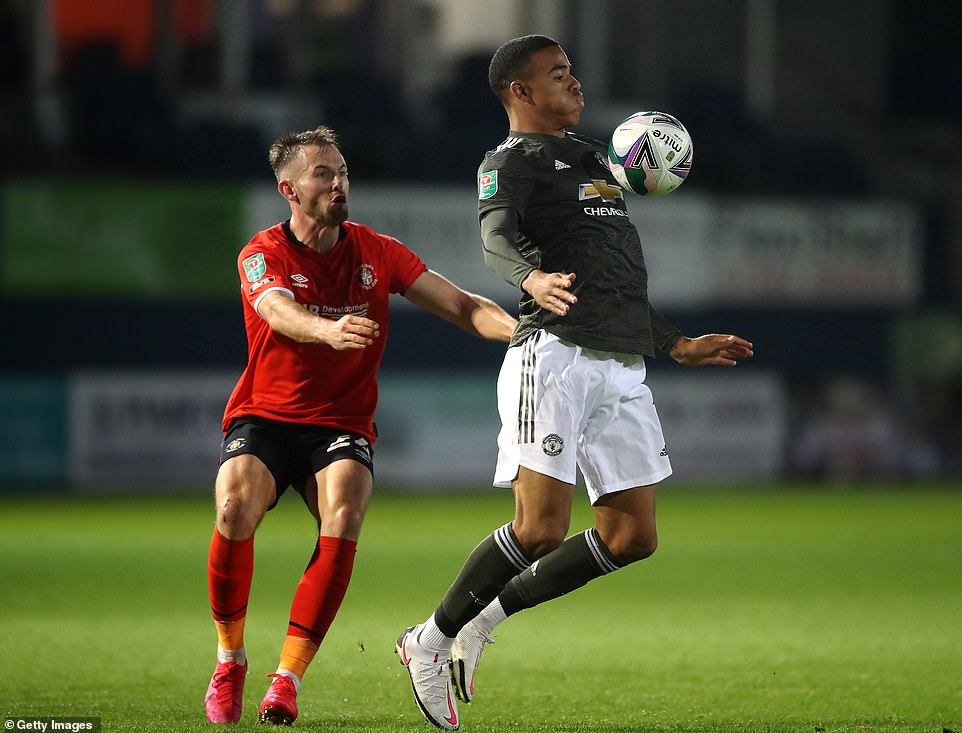 Mata flickered, sparkled and scored from the spot, just before half time, and it put United in control against spirited Luton Town of the Championship.

It was United’s 23rd penalty in all competitions since the start of last season.

They have converted 19 of them, and this was the one to help their season creep into life, after a belated start and an unexpected home defeat against Crystal Palace.

Luton refused to yield until Solskjaer sent on Bruno Fernandes, Marcus Rashford and Masno Greenwood and added gloss to the score line with two late goals.

Rashford claimed the second, in the 88th minute and Greenwood added the third, which added gloss to the scoreline and secured a place in the fourth round of the Carabao Cup. 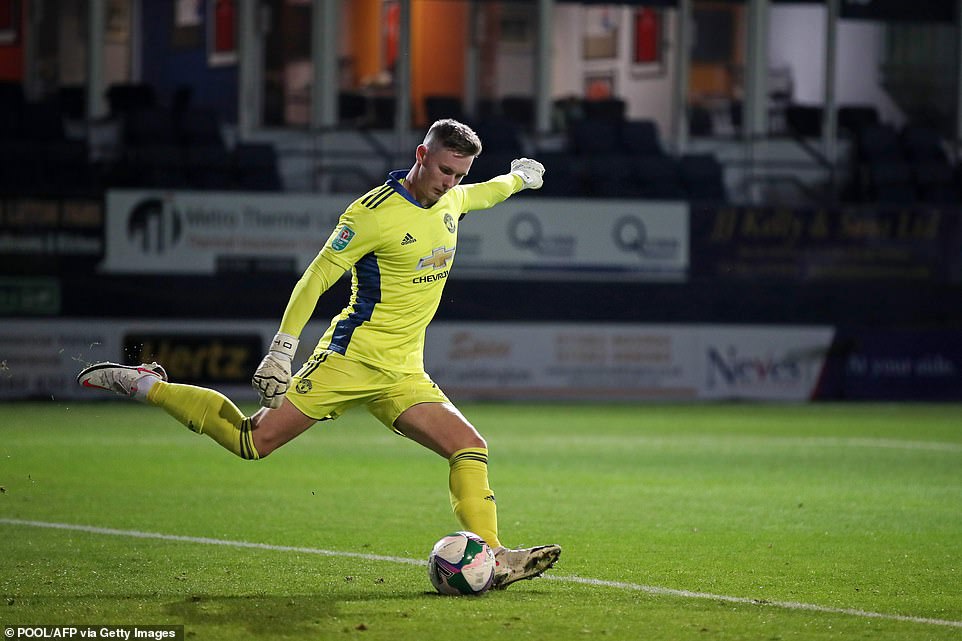 Dean Henderson made the start for Manchester United, as he competes for the job with usual number one David de Gea 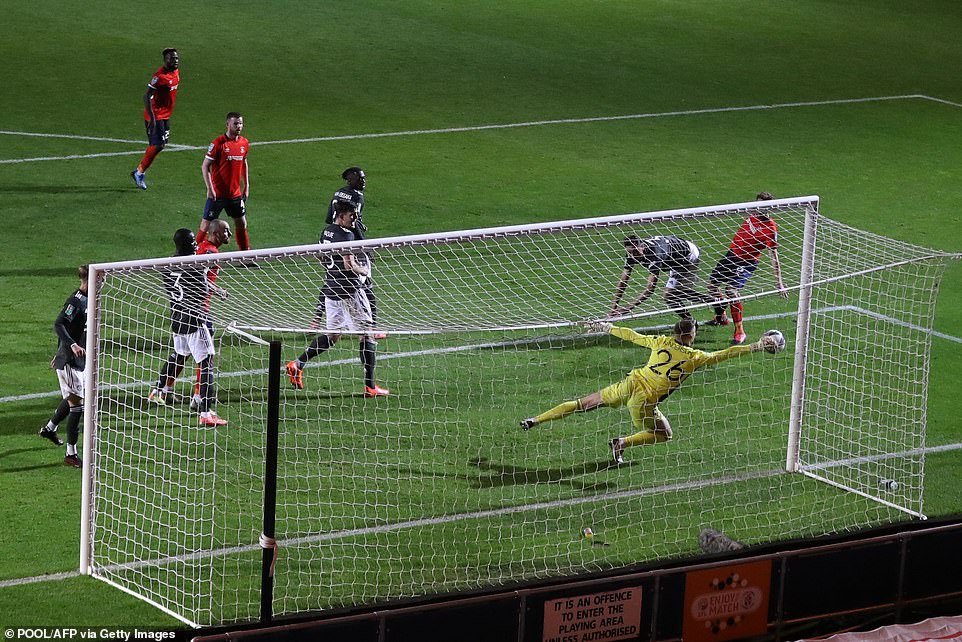 Henderson’s first Manchester United save was an excellent one, diving to his right to deny Luton Town an equaliser

Solskjaer made 10 changes to the team beaten by Palace on Saturday, with recalls for some of his forgotten squad men, including Jesse Lingard, who opened brightly, and Mata, who tested Luton goalkeeper James Shea twice inside the opening quarter of an hour with lows shots from the edge of the penalty area.

Manchester United started at a brisk tempo and dominated possession. Fred whistled a shot narrowly wide but Luton did not come into the tie to defend and were bubbling with confidence after performing a stunning escape from relegation last season under returning boss Nathan Jones, and starting the new campaign with four wins on the bounce.

Jones, like Solskjaer, made wholesale changes to his team, with only two surviving from the win against Derby on Saturday. They weathered United’s early efforts, grew into the game and began to threaten the United goal.

Danny Hylton, released by Ryan Tunnicliffe, was disappointed to slice a shot wide and an effort from distance by Jordan Clark took a deflection and swerved over. Clark headed another chance wide at the back post. 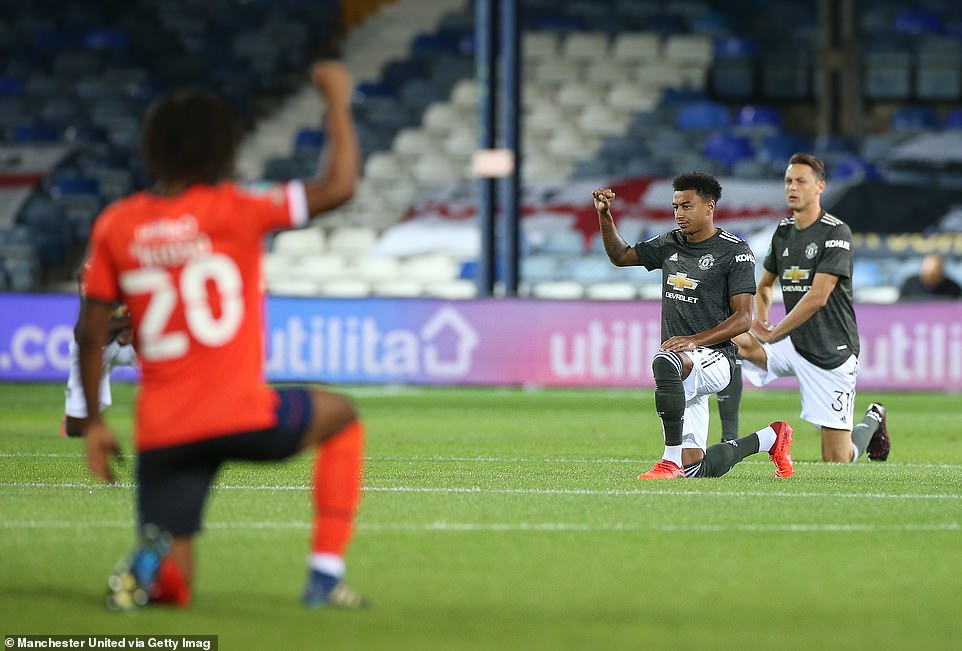 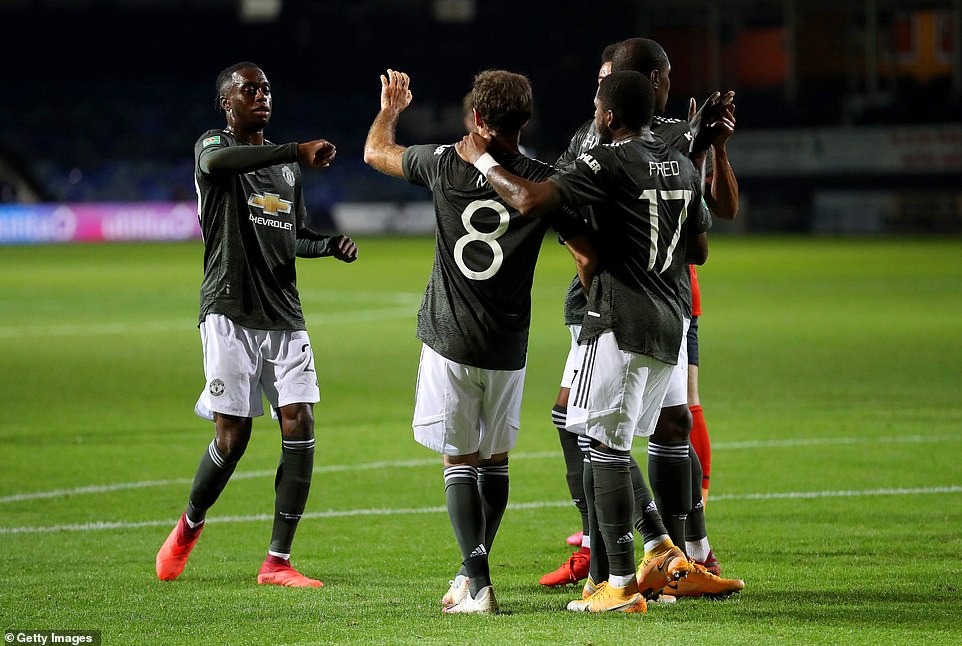 Dean Henderson, making his debut for Manchester United in goal, dealt cleanly with the ball when it came his way in the first half without having to make a save.

United went ahead seconds before the interval. Brandon Williams, surging forward from left-back, produced an explosive change of pace and was tripped by George Moncur as he moved inside the penalty area.

There was not a lot of contact but Williams was caught and went down in a flash. Referee Tim Robinson did not have any doubts. He pointed to the spot and Mata stepped up to send goalkeeper Shea the wrong way to claim his first goal since he scored in the 5-0 Europa League win at LASZ Linz, in March. 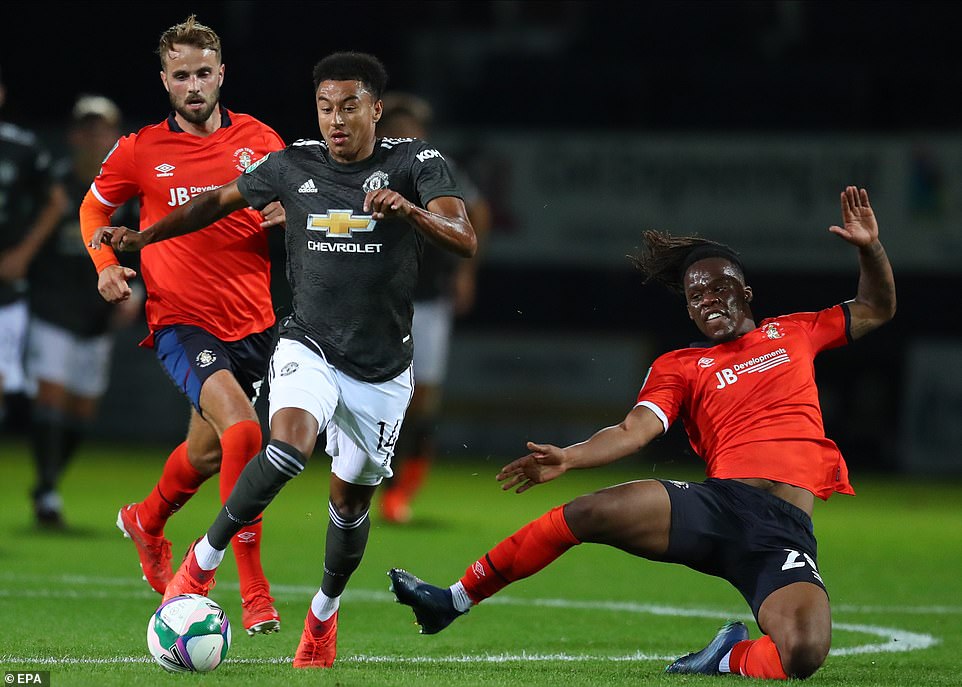 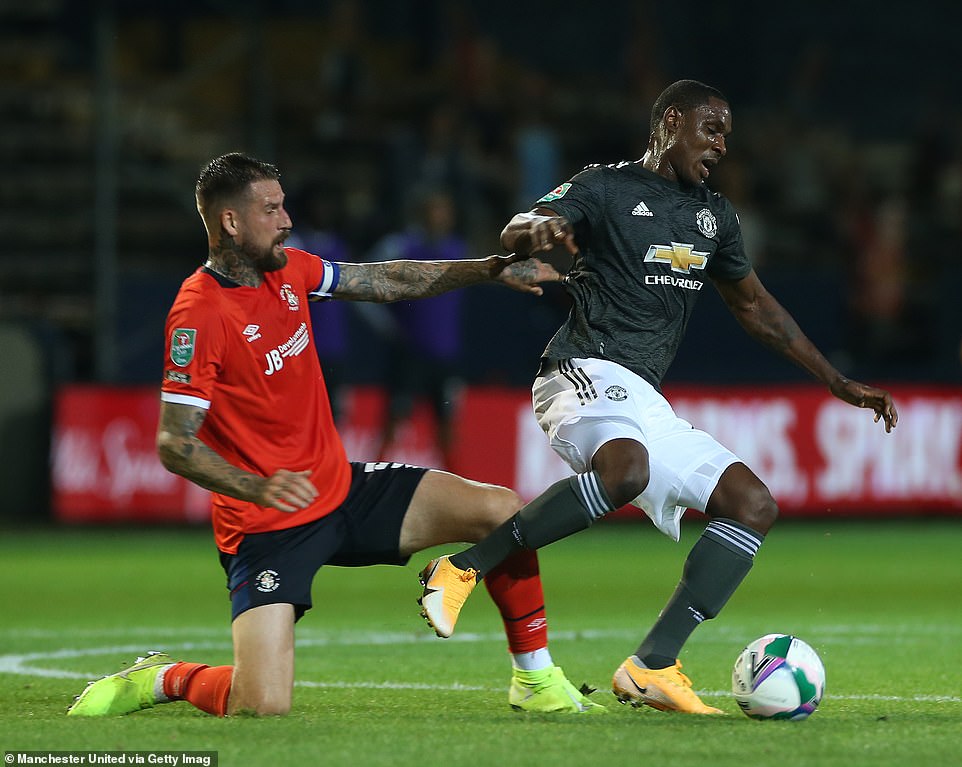 It was Luton’s first clash with United since they were top-flight rivals in 1992 and Mick Harford was in his pomp, and they refused to be subdued by the body-blow of the goal just before half time.

The Championship side continued to play with ambition and purpose. Hylton flashed the ball low across Henderson’s goal, soon after the restart, but there was no-one up in support.

Williams booked for taking down Kazenga LuaLua to halt a dangerous break but United had opportunities to extend their lead.

Centre half Sonny Bradley blocked from Odion Ighalo and made a crucial clearance to deny Lingard on the goal line, and Shea saved from Nemanja Matic as the visitors took control, midway through the second half. 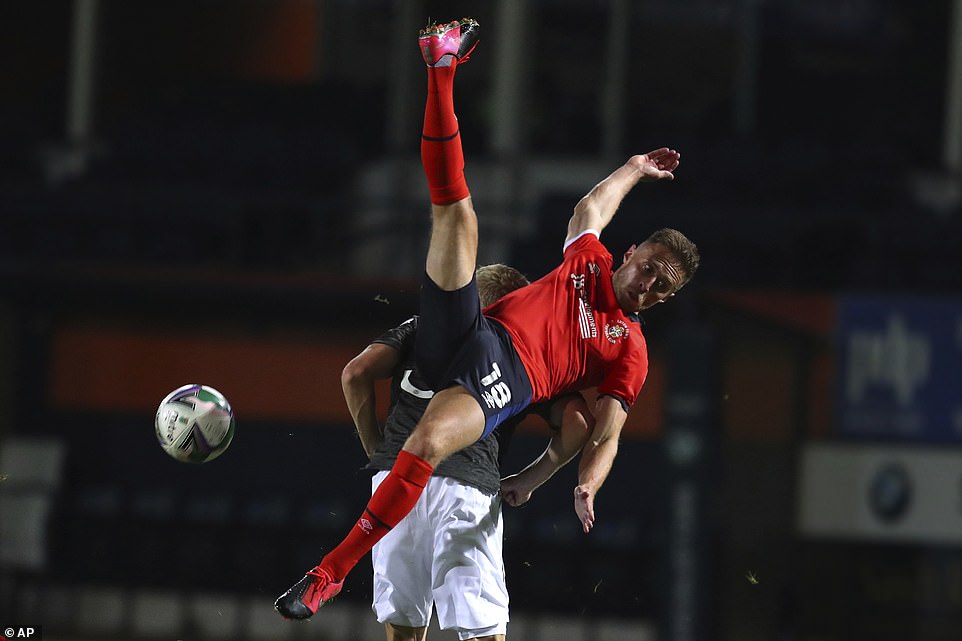 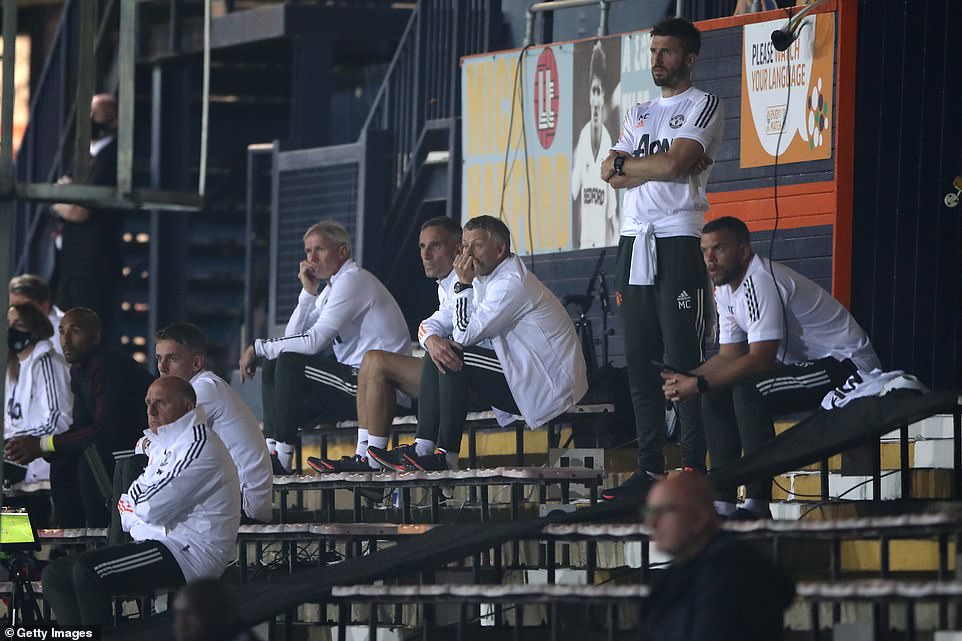 Manchester United boss Ole Gunnar Solskjaer sits on the side lines, socially distanced from most of his staff members

Donny van de Beek, starting for the first time since his £35m transfer to Old Trafford from Ajax, produced his best touches during this phase of the game. Van de Beek found Lingard who fired over.

Tom Lockyer was closest to an equaliser in a late scramble when Henderson made a strong save and Eric Bailly cleared off the line.

It was the warning Solskjaer required. On went the big-hitters and punished Luton as they poured forward in search of an equaliser. 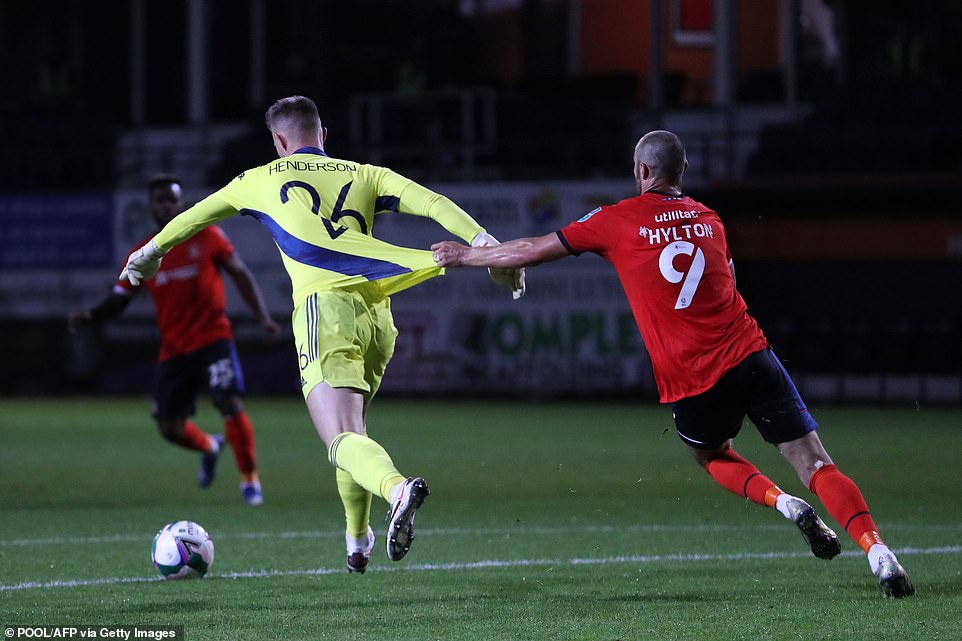 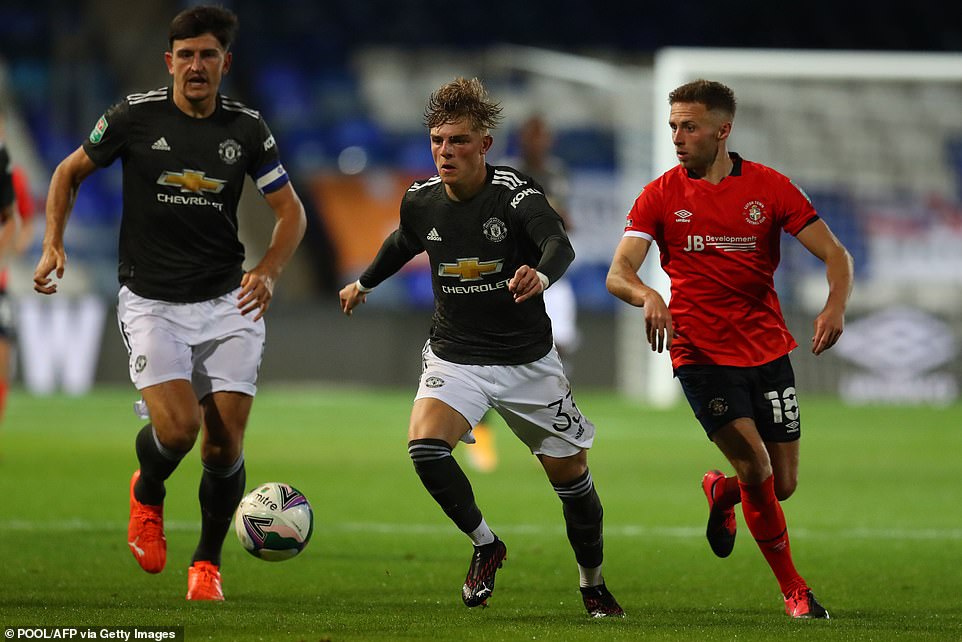 Man Utd boss Solskjaer coy over Jesse Lingard future amid Tottenham transfer links
Premier League clubs facing rebate demands from Asian rights holders
Best News
Recent Posts
This website uses cookies to improve your user experience and to provide you with advertisements that are relevant to your interests. By continuing to browse the site you are agreeing to our use of cookies.Ok