‘Sign the contract!’: Ainsley Maitland-Niles urges Arsenal team-mate Pierre-Emerick Aubameyang to commit his future to the club after he bagged his 50th Premier League goal

Arsenal star Ainsley Maitland-Niles has encouraged team-mate Pierre-Emerick Aubameyang to pledge his future at the Emirates after he netted his 50th league goal for the club.

The striker, who has been heavily linked with a move away from north London, scored a brace in the 4-0 win against Norwich on Wednesday night to reach the landmark – the fastest player to reach it in Arsenal’s history.

His manager Mikel Arteta admitted after the game that he was hopeful the Gabon forward would agree a new deal with Arsenal, and Maitland-Niles joined him after speaking with Aubameyang on social media. 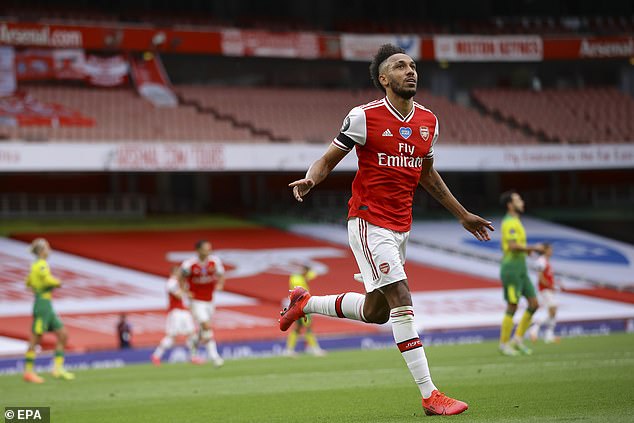 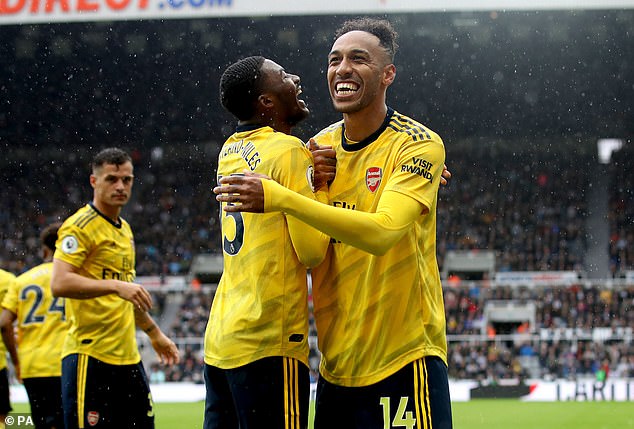 To celebrate his half-century of goals, the forward wrote a post on Instagram, alongside a picture of him celebrating, saying: ‘Its a privilege to be a football player!!! You can have this type of feelings that gives you goosebumps. 50!!!!!!’

Aubameyang himself responded with his own laughing emojis, although question marks will remain over his future, with his current deal set to end next summer.

After the game at the Emirates, Arteta had plenty of superlatives for his star man, admitting he was optimistic about the prospect of him staying, but added the issue was ‘not in my hands’. 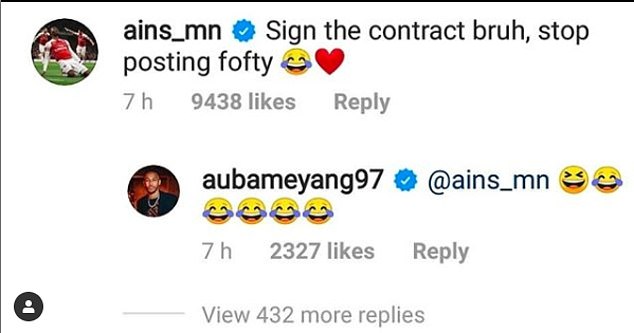 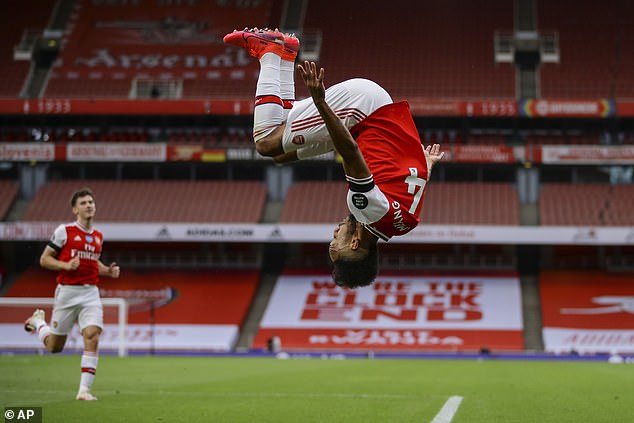 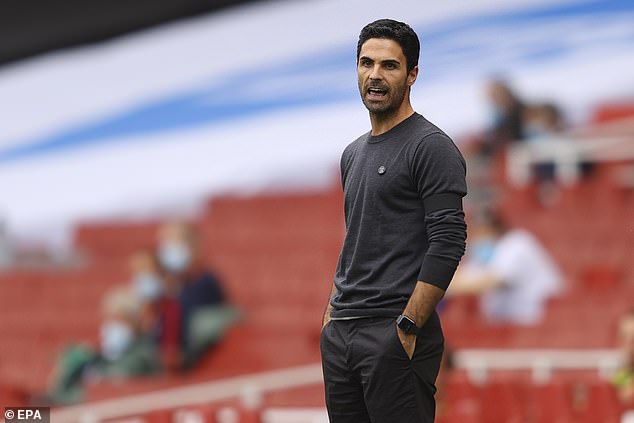 ‘A player that is able to score as many goals as he has done in that short space of time tells you everything about the importance that he has for us,’ Arteta said.

‘Players that can make the difference in any moment in the game every three days in competitions. That is a big task and he has done that at different clubs.

‘He is willing to stay with us,’ added Arteta. ‘He is really happy where he is. He can see what we are trying to do and hopefully he can evolve as well some parts of his game he might feel he can improve. We are pushing him every day. 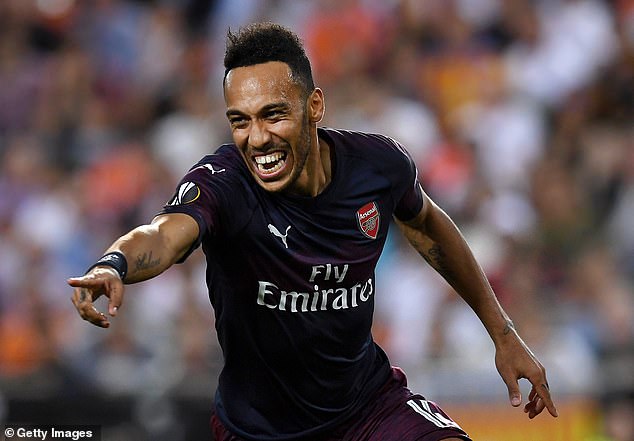 ‘I leave that to the football club and the senior people that finalise the contracts. Auba knows really well what my thoughts are towards him and the project that I want to create, and how much he is part of that. And after that it is not in my hands.’

The 31-year-old has 63 goals in all competitions since arriving at Arsenal from Borussia Dortmund in 2018. He recently hit 100 games for the Gunners.

He is reportedly a target for Barcelona and the Spanish giants are thought to have made enquiries about him in January, while Juventus are also said to be interested.

Man Utd end transfer interest in Kane, Haaland and Jimenez to back Martial

Barcelona risk throwing away Griezmann as well as the LaLiga title
Sky Sports Fanzone & Watchalongs: What is it, how it works, where to experience
Best News
Recent Posts
This website uses cookies to improve your user experience and to provide you with advertisements that are relevant to your interests. By continuing to browse the site you are agreeing to our use of cookies.Ok