Chelsea v Man City – a matchup that is usually one of the Premier League’s biggest in its own right thanks to some money that has been very well spent.

More will be required to ensure it features potential champions once again and is not, to outsiders at least, mainly about the title hopes of a team elsewhere.

The broadcasters would have been licking their lips back in June when the fixture computer paired two of the division’s most successful recent sides together for a run-in head to head. 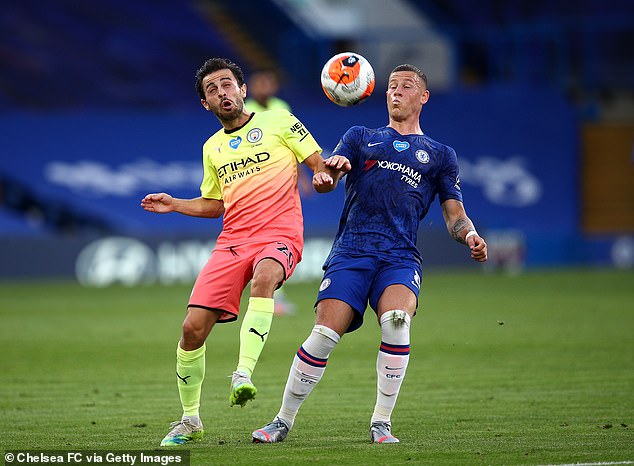 Nine of the last 15 Premier League titles won between them. Both in the top three in six of the last nine years.

Their meetings had developed into some of the league’s more decisive ones thanks to the considerable investment of Chelsea’s owner Roman Abramovich and Manchester City’s Sheikh Mansour.

There was still some significance on Thursday night, especially for top-four chasing Chelsea who dug in to claim a dogged victory befitting their greater need, though not quite as much as in more recent times.

It was sweltering Stamford Bridge’s turn to sample the eerie, muted atmosphere of behind-closed-doors football for the first time.

Liverpool was the place to be for the buzz of real excitement, the red half of Merseyside eagerly awaiting the outcome after 30 years of hurt without a top-flight title. 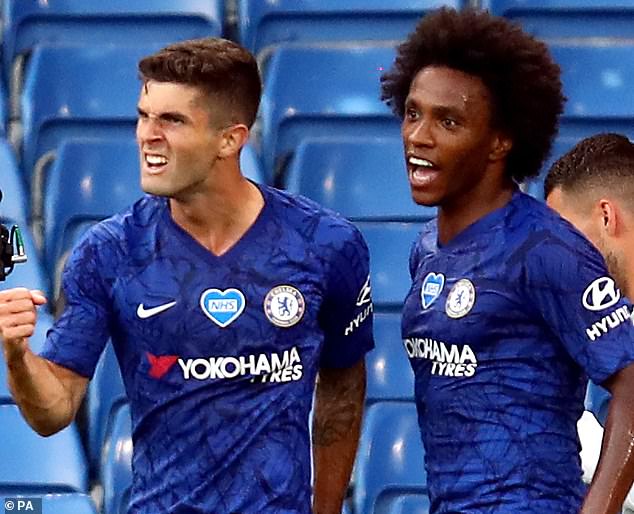 Liverpool legend Steve McManaman painted the likely scene at the beginning of the evening in a city relaxed knowing the title would eventually be theirs but still ready to celebrate: ‘There’ll be televisions in the garden, lots of beer, nice and chilled. That’s what I’d be doing.’

By full-time, the streets were locals had spilled out on to the streets and the red flares were lighting up the night.

For differing reasons City and Chelsea have been among the clubs left trailing in Liverpool’s wake this season.

City might be kicking themselves, especially when they remain so capable of blowing sides away. Ask Arsenal and Burnley, thumped since the restart.

Chelsea experienced irresistible City at times but were also able to exploit their frailties at the back too. 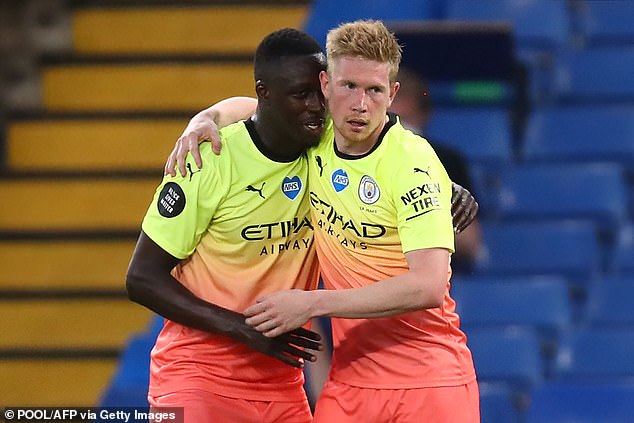 Their failure to replace Vincent Kompany last summer was baffling especially as they clearly wanted a centre-back, pursuing Harry Maguire before he joined Manchester United.

That decision was quickly compounded when Aymeric Laporte suffered a long-term knee injury in August.

A defensive vulnerability absent in the previous two seasons has been well and truly present this. Chelsea’s opener, gifted by Benjamin Mendy but brilliantly taken by Christian Pulisic, one of the latest examples.

Midfielders have been emergency centre-backs too often, Fernandinho, sent off for a second half handball, once more against Chelsea.

The result? Too many costly points dropped, Liverpool turning a predicted two-horse race into a one-horse canter.

City fully intend to address that centre-back issue in the summer, among other things, though how damaging a Champions League ban might be to their transfer plans remains to be seen. 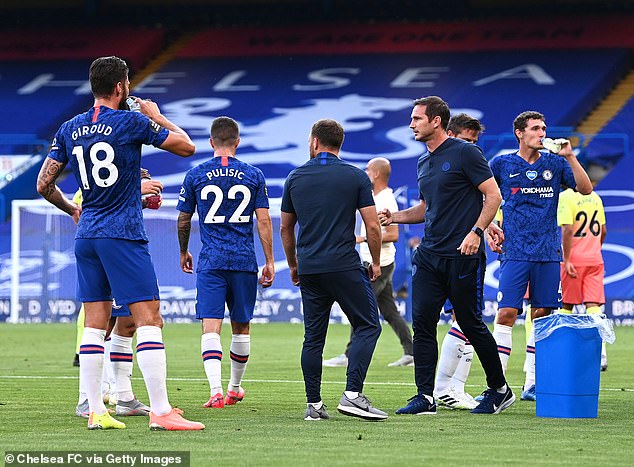 There is mitigation for Chelsea. When Frank Lampard took over a club with a transfer ban who had also just lost their best player Eden Hazard the odds were against a top-four finish despite his belief the doubters could be defied.

There have been some disappointing defeats, sticky patches and repeated failings, including a lack of ruthlessness in front of goal and defensive wobbles too, but those pre-season expectations should always be remembered when assessing Chelsea’s campaign.

With seven games to go they are where many thought they wouldn’t be. In the top four with their fate firmly in their own hands.

They have already made moves to rectify their deficiencies. Clinical in the transfer market to sign Hakim Ziyech and Timo Werner, they hope the pair will help provide the same qualities on the pitch. There will be more Chelsea spending too.

Statement-of-intent responses will be required from both clubs to jump from kingmaker or distant chaser to genuine challengers to champions Liverpool next season.

Liverpool: Ranking the squad that delivered the Premier League title player-by-player
Chelsea vs Man City team news: Gabriel Jesus on bench for City, Olivier Giroud starts again
Best News
Recent Posts
This website uses cookies to improve your user experience and to provide you with advertisements that are relevant to your interests. By continuing to browse the site you are agreeing to our use of cookies.Ok