It appears Manchester United are edging closer to the signing of Jadon Sancho. It’s an open secret the Red Devils have been hoping to recruit the England international, who enjoyed a stunning Bundesliga campaign for Borussia Dortmund. Yet if news of him agreeing personal terms is bang on the money then that spells trouble for Daniel James and Tahith Chong.

In their eyes he’s the replacement for Cristiano Ronaldo they’ve been hunting for in the 11 years since the Portugal international upped and left for Real Madrid in a huge £80million transfer deal.

Sancho was terrific for Dortmund in the Bundesliga, scoring 17 goals and registering 17 assists from 34 matches.

And United believe he’s got all the attributes to succeed at Old Trafford as Ole Gunnar Solskjaer and Ed Woodward plot a path back to the top.

On Friday, The Transfer Window Podcast’s Ian McGarry claimed Sancho had agreed personal terms with the Red Devils ahead of a potential move to the Theatre of Dreams.

“It is our understanding that Sancho has agreed in principle in the last two weeks a five-year contract with Manchester United which will pay him initially £140,000 per week but increasing to around £200,000 per week over the course of that deal,” he said. 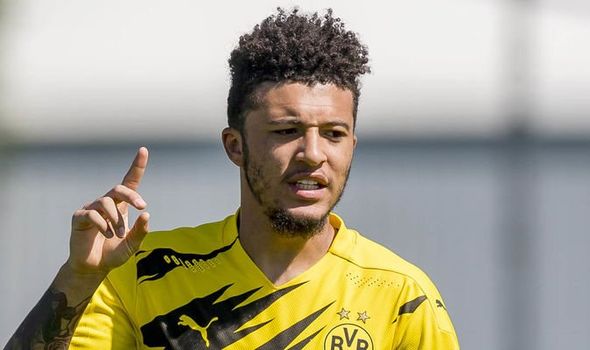 “The player’s agent has recently been busy doing other deals, notably with Saka’s new deal with Arsenal but is still hopeful that United will be able to agree a fee with Borussia Dortmund.

“Manchester United have been rather robust in a briefing this week that they will not pay any more than £50m for Jadon Sancho which of course is at least less than half of Borussia Dortmund’s original valuation of the England international.”

And that’s bad news for United duo James and Chong.

James was signed as a Sancho alternative last summer after the Red Devils’ failure to qualify for the Champions League cost them a shot at the Dortmund star.

But James has struggled for consistency in the time since and is currently behind Mason Greenwood in the Old Trafford pecking order. 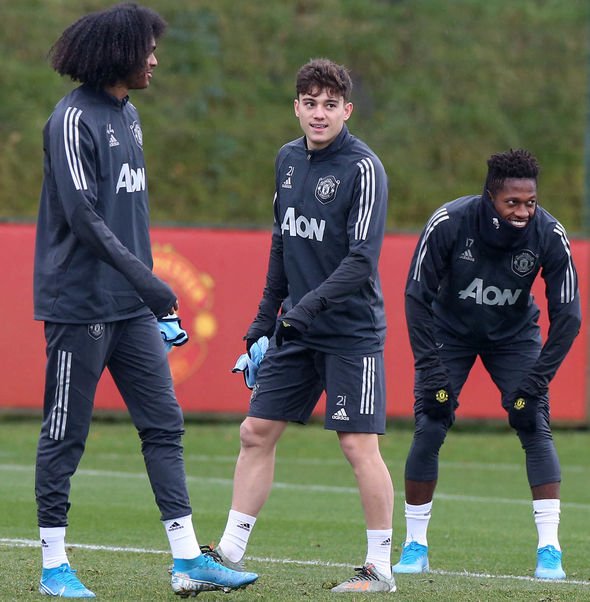 That means that, should Sancho arrive, the 22-year-old may struggle to get the sort of opportunities he’s been afforded this term.

When United signed James they envisaged him being more of a squad player.

But with the club loaning out Alexis Sanchez in the summer – and selling Romelu Lukaku – James has had to step up.

He’d have Mason Greenwood and Sancho ahead of him at United next term and that means he may be destined to warm the bench, rather than be a regular starter.

It would also spell danger for Chong, too.

United managed to convince the Dutchman into penning a contract extension earlier in the season, with Solskjaer making it clear he’s a part of his plans.

But with the winger also getting chances on the right wing, Sancho’s arrival would further complicate his path to the first team.

Both Chong and James are capable of playing on the left, too.

But neither would get in ahead of Marcus Rashford, while Solskjaer also has the luxury of fielding Anthony Martial there as well.

Fans have a right to be excited about the prospect of Sancho moving to United when the transfer window reopens.

But Chong and James can be forgiven for feeling apprehensive about a potential blockbuster deal for the Dortmund star.

Manchester United transfer news and rumours
Manchester United vs Bournemouth predicted line-ups: Team news ahead of Premier League fixture today
Best News
Recent Posts
This website uses cookies to improve your user experience and to provide you with advertisements that are relevant to your interests. By continuing to browse the site you are agreeing to our use of cookies.Ok