Manchester United are “in a war” with Borussia Dortmund over Jadon Sancho’s future, as the striker has reportedly agreed personal terms with the Red Devils. That’s according to transfer expert Duncan Castles, who believes the forward could look to stay an extra year with a release clause inserted into his contract for next season.

United are desperate to bring Sancho to the club in the upcoming transfer window.

Despite the emergence of Mason Greenwood in the right-wing position, club chiefs are still keen on bringing in the wide man.

However, they will only pay a maximum of £50million per transfer target in the upcoming window, creating a significant divide between the two clubs.

Dortmund are standing firm on their £90m valuation of the youngster, and are unlikely to accept much less. 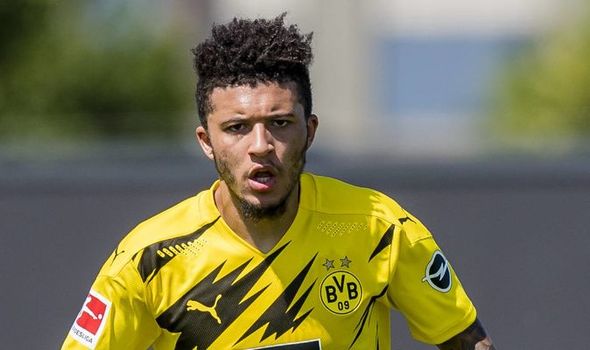 The Bundesliga runners-up have also now decided that if a deal is to be done this summer, it must be completed before August 10.

However, his contract only has two years to run, so they could be forced into selling him for less in 12 months’ time as he will be entering the final year of his current deal.

Another potential outcome could be that Sancho signs a new contract at the Signal Iduna Park, but with a release clause active for next summer allowing the German club to receive their valuation.

Speaking on the Transfer Window Podcast, Castles explained that United and Dortmund are at war over Sancho’s signature, and that there are various factors which will impact the 20-year-old’s future.

“They’re in a war with Borussia Dortmund at the moment,” he said. “They’ve agreed in principle some salary terms with Jadon Sancho. They’ve got the player in place in terms of agreeing he’ll be ready to come to Manchester United next season.

“Dortmund are in that difficult area where they have two years left on his contract, he is one of the most valuable players in Europe at present.

“In fact, football observatory and the Switzerland Academic Institute – very strong in football finances – published a report this week using their transfer market value calculator, which isn’t by any means a perfect tool, but they valued Jadon Sancho on their algorithm at €180million with his two years of contract remaining, and suggested that if Dortmund were able to access an extra year on his contract, which could be possible if they don’t receive the fee they believe he’s worth – that value will go up to €223million.

“I’m sure that will be cited in discussions by Dortmund, and will also be used by Jadon Sancho’s representatives in any discussions with Dortmund should it come to a point where he ends up staying at Dortmund and extending his contract – with a release clause in place next season. 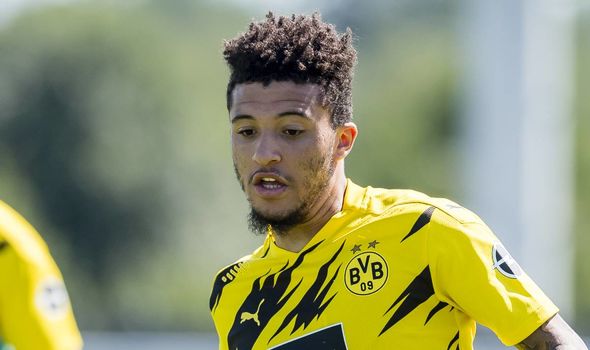 “There has been no formal bid from Manchester United at this stage, what you have is noise from the club and briefings that they won’t go above £50million, and that fits with some information I have from within the club about limitations and caps they want to put on spending, that is that they do want to limit a maximum transfer fee on a deal for a player coming in to £50million, if they can.

“Therefore you get into this haggling process, and you have to see what pressure the player will place on Dortmund to get out, and I guess you find out from that to what extent Sancho sees United this summer as absolutely the place he wants to go to, or if he’s prepared to wait another year and agree improved financial terms with Dortmund and see if there’s a broader market for him with more clubs with the financial capacity to do the deal Dortmund want to do.”

Chelsea offered two midfielders in exchange for Jorginho as Juventus plan instalment deal
Man Utd star Paul Pogba set to spark Ole Gunnar Solskjaer transfer decision on six players
Best News
Recent Posts
This website uses cookies to improve your user experience and to provide you with advertisements that are relevant to your interests. By continuing to browse the site you are agreeing to our use of cookies.Ok