Manchester United will have a good chance at winning the FA Cup and Europa League this season, as well as finishing in the top four in the Premier League, provided they keep the squad fit and keep playing like they did against Sheffield United on Wednesday night. That’s the opinion of former Liverpool midfielder Danny Murphy, who was full of praise for United’s performance against the Blades.

United coasted past Chris Wilder’s side at Old Trafford on Wednesday night.

Anthony Martial bagged a hat-trick – his first as a professional – as the Red Devils inched closer to qualifying for the Champions League next season.

They are still fifth in the table, level on points with Wolves, but are four points ahead of Tottenham.

Their attention will shift to the FA Cup this weekend, as they travel to Premier League basement boys Norwich on Saturday. 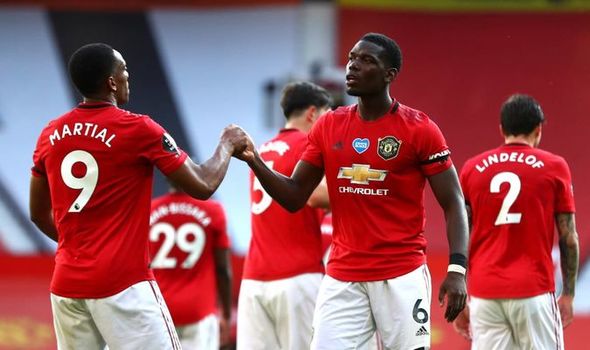 Ole Gunnar Solskjaer’s side won’t have to worry about the Europa League until after the domestic campaign is over, but there is still a chance they will win two trophies this season.

And Murphy explained that they will have a great chance of doing so if they are able to keep their key players fit and continue their good form.

United welcomed back Paul Pogba and Marcus Rashford when the league season resumed, and both have looked impressive since the restart.

Speaking on Match of the Day, Murphy explained that keeping the likes of Pogba and Rashford fit will give them a huge boost as they compete on three fronts.

“[They could win] Potentially two trophies, which would be a phenomenal season,” he said.

“Players are playing with confidence, creativity.

“There was a strut about Manchester United today.

“If they keep playing like that and keep players fit, they’ve got a chance in all of them. 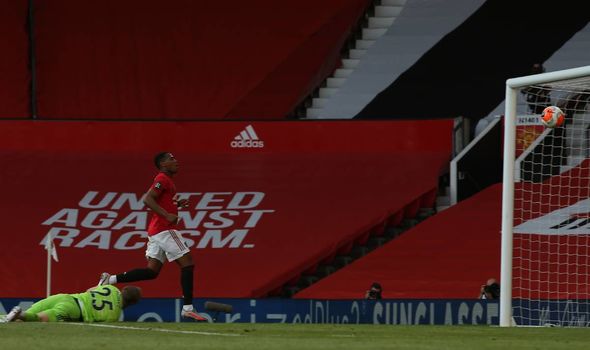 “Against Norwich in the cup, the way Norwich are playing and conceding, they’re going to fancy themselves at Carrow Road.”

Speaking after his side’s drubbing of Sheffield United, Solskjaer fired a warning shot at Chelsea and Leicester by insisting he wants to challenge for third place.

He said: “I’ve never said fourth is our aim, we want to go up to third but we have to focus on each game as it comes and there’s two cups for us there as well.

“In the end, we can count the points and maybe have only two teams in front of you.”

Chelsea boss Frank Lampard has ‘food for thought’ thanks to one player after new signings
Tottenham face transfer decision as Barcelona make contact over summer move
Best News
Recent Posts
This website uses cookies to improve your user experience and to provide you with advertisements that are relevant to your interests. By continuing to browse the site you are agreeing to our use of cookies.Ok