Manchester United wonderkid Hannibal Mejbri has been compared to Bruno Fernandes by former Red Devils star Ben Thornley. The 17-year-old joined the club from Monaco back in the summer transfer window. And big things are expected of him in the coming years.

Manchester United have been keen to keep Mejbri under the radar, with the 17-year-old immensely talented.

And Thornley has now praised the youngster, comparing the teenager to Fernandes.

“Hannibal Mejbri is a very talented player,” he wrote in his column for Tribal Football.

“Obviously United paid money to bring him in from France and I’ve watched him numerous times.

“We are still waiting to hear if United’s FA Youth Cup semi-final against Chelsea will go ahead. And Hannibal Mejbri will play a big part if United are going to go on and win that tournament.

“He is a little bit like Fernandes in that he does get himself into places where defenders are reluctant to come out and mark him. 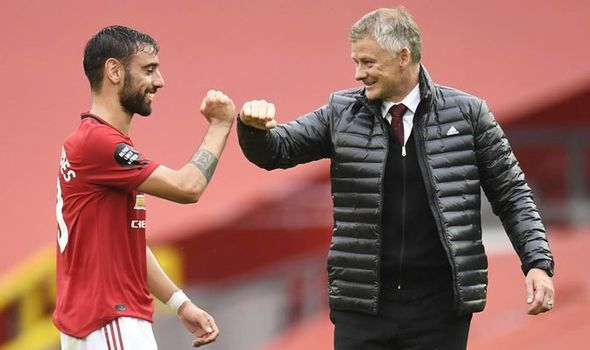 “He takes a kick and he draws fouls as well and he can go either way. He is a very, very talented player.

“I do think that sometimes his temperament needs to be curtailed a little bit.

“We like a fiery character, no doubt about that, but it’s just knowing where to draw the line before you start getting told off by the referee and cards start coming out, and before it affects you on the pitch.

“If you’re thinking too hard about remonstrating with the referee it’s going to take away from what you’re supposed to be doing on the pitch.

“So he just needs to get that balance right. We love a fiery character, we’ve had plenty at our club. Mejbri is definitely one, but he is also very, very talented.

“Along with Teden Mendi, who looks like a solid centre-half, the two of them with one or two of the others, they’ve got a chance of lifting the FA Youth Cup. 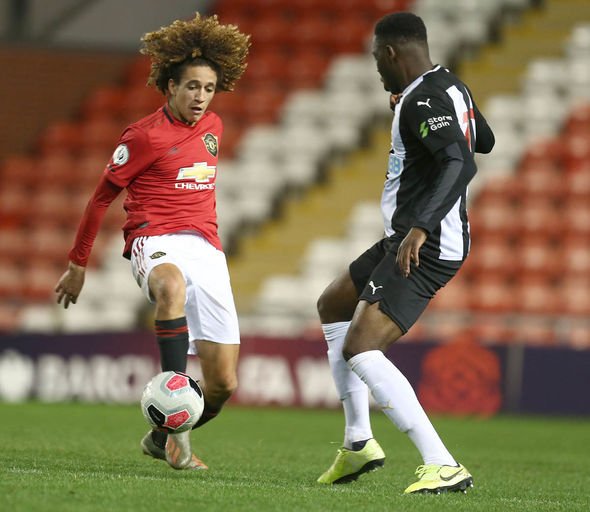 “They knocked Chelsea out in the third round last year, a team who have dominated that competition.

“They’ve got as far in the competition as they have in the last seven years and I think that they can get themselves into the final and go on and win it.”

Thornley also gave his thoughts on Angel Gomes’ departure, with the playmaker leaving Old Trafford as a free agent.

“His contract came to an end and the club obviously wanted to keep him, but he had ambitions to want to go and play, which you can completely understand when you are coming into your early 20’s.

“The decision doesn’t come as a surprise to me that he has opted to go and seek first-team football elsewhere.

“He is a talented player but it has quickly become apparent in these opening four games that Gomes, along with Chong, Garner,and Levitt, admittedly they’re a little bit younger, but they’ve not even appeared in the squad or on the bench, it’s only really Greenwood and Williams, so that just shows what an uphill fight that they’ve got to break into the squad, let alone get into the team.

“Largie Ramazani is another very talented player, but I’m not altogether certain that his attitude from time to time was not an issue for the coaching staff at Manchester United.

“But there are always rumblings that come out of clubs and as talented as Largie is, and I’ve seen him play and score some wonderful goals, and he is good enough to play in United’s first-team, his overall demeanour and attitude was what ultimately swayed the club to make that decision that he was going to leave.”

Man Utd transfer round-up: Mata eyes exit, battle hots up for Torres
Tottenham vs Everton live stream: How to watch Premier League fixture online and on TV tonight
Best News
Recent Posts
This website uses cookies to improve your user experience and to provide you with advertisements that are relevant to your interests. By continuing to browse the site you are agreeing to our use of cookies.Ok