Manchester United have been tipped to sign Raul Jimenez from Wolves, with reports in Portugal suggesting the player is ‘on his way’ to Old Trafford. But the Red Devils have been quick to downplay speculation and that should be no surprise. Because, in Odion Ighalo, they’ve already got their own version of the Mexico international.

Manchester United have insisted there’s ‘nothing’ in reports linking Jimenez with a move to Old Trafford.

And, after signing Ighalo in the January transfer window, it’s easy to see why.

The Red Devils needed a new centre-forward in the New Year. Anthony Martial was too inconsistent and Mason Greenwood, too raw and inexperienced, for the crunch months of the campaign.

Had all gone to plan they’d have landed Erling Haaland from Red Bull Salzburg. Ole Gunnar Solskjaer, certainly, thought he had a deal wrapped up.

But that didn’t happen. And that prompted a change of plan from the Old Trafford hierarchy.

United attempted to prise Josh King away from Bournemouth, with the Norway international sharing an agent with Solskjaer and coming through the Red Devils academy. 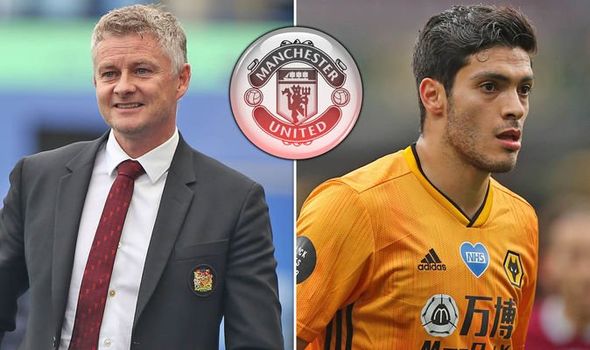 And when the Cherries said no, they then turned to Ighalo. Cue much mocking from across the world.

Just about everybody was quick to write off the Nigeria international. At the age of 30 (upon arrival), having gone off the boil at Watford and spent the last few years rolling in the money of the Chinese Super League, he was seen as a flop in the making.

However, while his contribution to United’s cause after the Premier League restart was minimal, he’s proven to be worth the punt.

Ighalo got his Red Devils career off to a flier with a goal against Club Brugge on his first start, helping Solskjaer’s side win 5-0.

He’s also been on target in wins over LASK, Derby and Norwich since moving to the Theatre of Dreams. 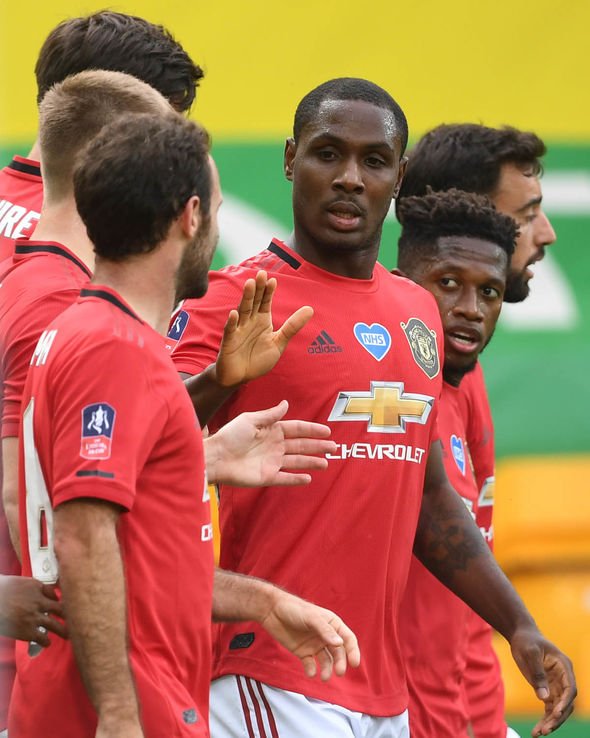 And he’s the reason why United won’t be signing Jimenez.

The Red Devils merely want somebody who is happy to sit on the bench and take their chance when the opportunity presents itself with minimum fuss.

Nobody is ousting Anthony Martial from the side anytime soon after the France international scored 22 goals across all competitions this season.

And the Red Devils don’t want a marquee name to take minutes away from teenage talent Mason Greenwood, who has found the net 17 times.

Ighalo is happy to be on the bench.

It doesn’t matter to him whether he’s starting or not because he’s living the dream, having grown up supporting the Red Devils as a child.

He, like Jimenez, is a striker who thrives with his back to goal. He’s a team player, willing to hold the ball up and help his team-mates in better positions.

And all of that means United won’t be paying the £60million Wolves would want in order to let him go.

Ighalo’s loan expires in January but another renewal, or a permanent buy, can’t be ruled out. He’s previously admitted he’d turn down mega money in China to play for free at Old Trafford.

Jimenez won’t be moving but others might. Jadon Sancho and Jack Grealish remain their top two transfer targets.

Chelsea have signed Pierre-Emerick Aubameyang upgrade as Arsenal FA Cup final awaits
Arsenal team news: Expected 3-4-3 line up vs Chelsea – Arteta surprise pick, Saka call
Best News
Recent Posts
This website uses cookies to improve your user experience and to provide you with advertisements that are relevant to your interests. By continuing to browse the site you are agreeing to our use of cookies.Ok