Manchester United manager Ole Gunnar Solskjaer may already have the perfect centre-back partner for Harry Maguire in his squad. The Red Devils have been slammed for their performances at the back so far this season, conceding 14 goals from their opening seven Premier League games.

Ole Gunnar Solskjaer may have to look no further than his own squad to find the ideal centre-back to line up alongside Harry Maguire.

United captain Maguire has put in some shaky performances himself this season, but is still seen as their main man at the back.

But finding the ideal partner for him has not been an easy task – Victor Lindelof and Eric Bailly are the two currently competing for that role.

However, Solskjaer may need to think a little more outside the box, with usual-midfielder Scott McTominay actually putting in some stellar performances in the position for Scotland. 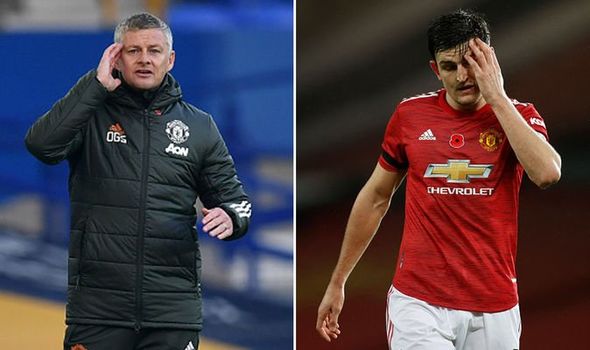 The 23-year-old played an important role on Thursday night from centre-back to fire his side to Euro 2020 with a play-off win over Serbia.

McTominay was deployed as a central defender by Jose Mourinho too, during his time in charge, with the Portuguese almost always complimentary of his showings.

The Scot opened up on being asked by Steve Clarke to fill in at centre-back, insisting he has no qualms with dropping into a deeper role. 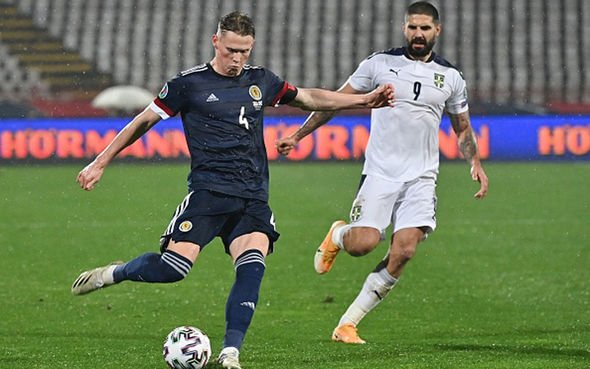 McTominay said: “Before, whenever the manager of Scotland asked me if it was a role I was comfortable with, I was like: ‘Of course’. Whatever the manager asks you to do, you do.

“But I could not remember the last time I played there, which I said to him, but it’s a different role I’m enjoying.

“We have a big game coming up and it is important for us to get a big win there as we’ll be off to the Euros.

“It’s a big chance for everybody involved, a massive chance.

“I feel like you can be having to overthink how big a match it is, though, and we should act like it’s a normal match – just with a little more riding on it. We’ll keep focused and try to do something special for the whole of Scotland.

“For us, to have the Euros at the end of the season would be amazing.”

BRIAN LAUDRUP: Alfredo Morelos must earn his move to a big league

Man Utd Women vs Man City Women: Who will take Manchester derby bragging rights?
West Ham plans for Bobby Moore, Sir Geoff Hurst and Martin Peters statue at London Stadium gets green light
Best News
Recent Posts
This website uses cookies to improve your user experience and to provide you with advertisements that are relevant to your interests. By continuing to browse the site you are agreeing to our use of cookies.Ok