France national team boss Didier Deschamps has taken aim at Ole Gunnar Solskjaer for not keeping Paul Pogba “happy” at Manchester United. Ever since Pogba re-joined United in 2016, he’s been seen as the main man at Old Trafford to try and bring the glory days back to the club.

There have been heavy expectations on the midfielder to perform at the highest level, but he’s struggled for consistency.

At times, Pogba has showcased his obvious talents with his footwork and ability with the ball.

But he’s also frustrated fans at times and now he’s been cast aside by Solskjaer from the starting line-up.

The Frenchman has started just five of United’s 13 games in all competitions and made just an eight-minute cameo off the bench against Everton at the weekend. 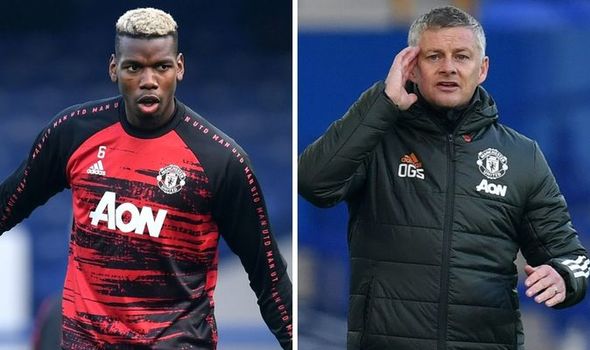 Solskjaer has struggled to find a formation in which Pogba can line up alongside Bruno Fernandes, who has been a revelation at Old Trafford since joining in January.

The United boss has opted to stick with a midfield trio of Fernandes, Fred and Scott McTominay in recent weeks.

And Deschamps suggests the 27-year-old is uncomfortable with his current situation at United.

“He is in a situation with his club where he cannot be happy, neither with his playing time, nor with his positioning,” Deschamps said.

“He is not in his best period, he has had a series of injuries and the Covid-19 which has hit him quite hard.

“He needs to find his rhythm.

“With me, there is no such concern. 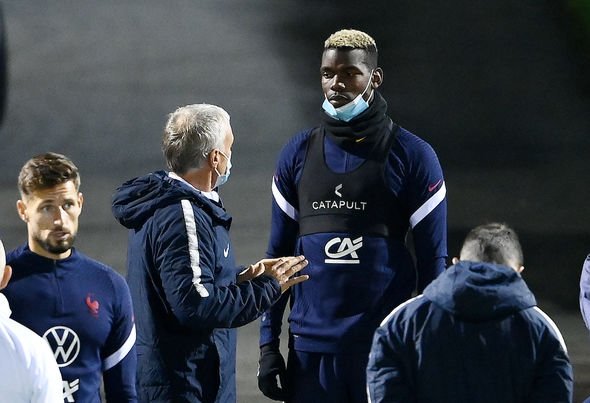 “When a player is in discomfort in his club, obviously, he is happy to play for the France team.

“He will tell me about his feelings and as I know him very well, it will go in a positive direction.”

Pogba is in France’s squad for the upcoming fixtures against Finland, Portugal and Sweden.

France are currently level on points with Portugal in their Nations League group.

Man Utd boss Ole Gunnar Solskjaer slammed after Everton win in Jose Mourinho claim
Paul Pogba: France boss Didier Deschamps believes Manchester United midfielder is unhappy
Best News
Recent Posts
This website uses cookies to improve your user experience and to provide you with advertisements that are relevant to your interests. By continuing to browse the site you are agreeing to our use of cookies.Ok