Manchester United playmaker Juan Mata was buzzing for Anthony Martial after his hat-trick in the Premier League thrashing of Sheffield United. The Frenchman became the club’s first player to score a hat-trick since Sir Alex Ferguson’s retirement in 2013.

Martial opened the scoring in the seventh minute after superbly reacting to Marcus Rashford’s drilled ball across the face of goal.

The 24-year-old doubled the lead on the stroke of half time when he fired Aaron Wan-Bissaka’s cross past Blades keeper Simon Moore, who was standing in for United loanee Dean Henderson.

He completed the treble – his first for the club – after the break when he chipped Moore.

Martial took to social media after the match to mark his brilliant day. 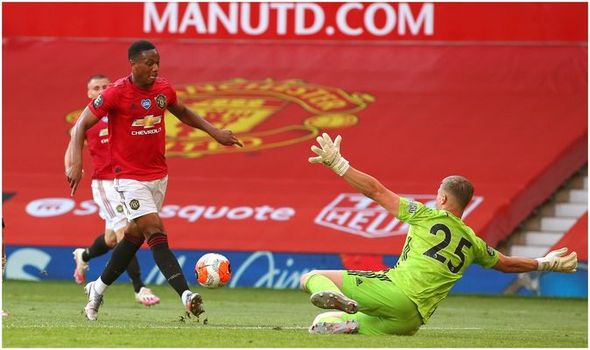 “Thanks God,” he wrote on Instagram. “Great game and happy to score my first hat-trick.”

Mata was quick to spot the post and commented with the nickname he has given his pal.

And United fans lapped up the interaction.

“Compared to the GOAT, Ronaldo should be proud of himself,” wrote one supporter.

“Ronaldo is the Portuguese Martial,” added a third.

While a fourth said: “Cristiano Martial.”

It is not the first time Mata has branded Martial the “French Ronaldo”.

Two years ago, the former Monaco ace shared a clip of Mata saying “Anthony Martial – the French Ronaldo” while the pair were in a swimming pool.

He also wrote the nickname on one of his team-mate’s Instagram posts after scoring in last October’s win at Norwich City.

What is a guard of honour? Is it compulsory? Who has had one?
Arsenal boss Mikel Arteta sends message to Matteo Guendouzi after Southampton win
Best News
Recent Posts
This website uses cookies to improve your user experience and to provide you with advertisements that are relevant to your interests. By continuing to browse the site you are agreeing to our use of cookies.Ok