Manchester United fans believe a move for Jadon Sancho is back on track after Borussia Dortmund emerged as suitors for Crystal Palace forward Wilfried Zaha.

Ole Gunnar Solskjaer has identified Sancho as his top target for the summer transfer window but Old Trafford bigwigs failed to stump up the £108million asking price by Dortmund’s August 10 deadline.

BVB top brass responded to the missed deadline by insisting Sancho would be staying put for the upcoming campaign.

“The decision is final. I think that answers all the questions. 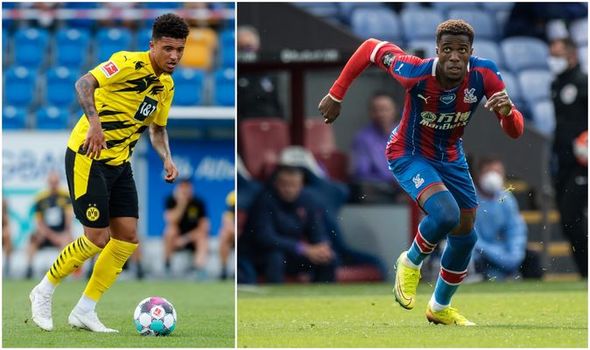 “Last summer we adjusted Jadon’s salary to match the development of his performances. So in context, we had already extended his contract until 2023 back then.”

Dortmund’s interest in Zaha, who endured an unsuccessful spell at Old Trafford between 2013 and 2015, could indicate they are preparing for Sancho’s potential departure with two months left to run in this transfer window.

It has been speculated that the Bundesliga big boys will sell if United chief Ed Woodward slaps down the £108m transfer fee, which would then provide Dortmund with the funds needed to lure Zaha from Selhurst Park.

And United fans took to Twitter to share their belief that all the pieces are falling into place for ex-City winger Sancho to move back to Manchester.

“Can see this happening. Zaha to replace Sancho at Dortmund,” one supporter wrote on Twitter.

“Dortmund want to sign Zaha, but have no money. I wonder what player they need to sell to raise funds,” a second said.

“Now I wonder why Dortmund would want Zaha?” asked a third with a wry comment.

If Dortmund were to sign Zaha then United would net up to 25 per cent of the fee due to a sell-on clause inserted into the deal that took him back to Palace in 2015.

That prompted one fan to commented: “Maybe we can come to an amicable agreement with Dortmund about our sell on clause if they sign Zaha?” 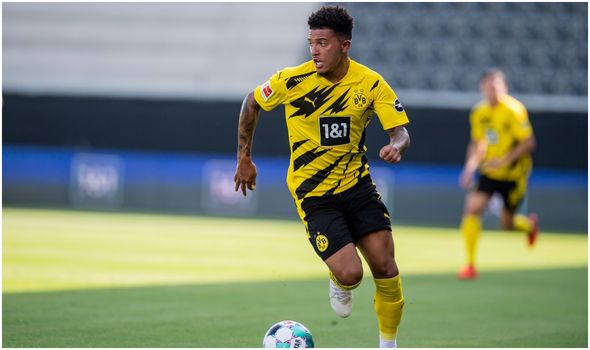 Dortmund CEO Hans-Joachim Watzke addressed the media this afternoon as the club’s accounts showed his side posted losses of £45m for the 2019/20 season.

Watzke said: “We have had ten very, very good years at Borussia Dortmund.

“We made three-digit million profits and wrote deep black numbers. Then corona came and everything changed a little.

“We have succeeded in generating such a high level of liquidity that we can withstand this pandemic for a very long time.”

When asked directly about whether the club needs to sell Sancho, Watzke replied: “We weren’t in a situation where we had to sell at any cost.”

Sandro Tonali 'turned down United and Barcelona' for AC Milan

Barca star 'charged for failing breathalyser after crashing Ferrari'
Six things noticed as Liverpool continue pre-season training camp in Austria
Best News
Recent Posts
This website uses cookies to improve your user experience and to provide you with advertisements that are relevant to your interests. By continuing to browse the site you are agreeing to our use of cookies.Ok