Manchester United issued a swift rebuttal to Crystal Palace’s attempts to sign Mason Greenwood on loan, according to Roy Hodgson. The 18-year-old forward has enjoyed a breakthrough campaign at Old Trafford but could have been turning out for the Eagles had their cheeky enquiry borne fruit.

Greenwood has struck 18 goals in 45 appearances and established himself as a regular fixture alongside Marcus Rashford and Anthony Martial in attack.

Speaking ahead of United’s trip to Selhurst Park this evening, Hodgson said: “Mason is a fantastic player.

“We’ve known about him for a while and in actual fact I think we might even have enquired about him at the start of the season, if there was any chance of him coming out on loan.

“Of course you get the answer ‘no chance’ because they see him as one of theirs. But it wasn’t a difficult spot. 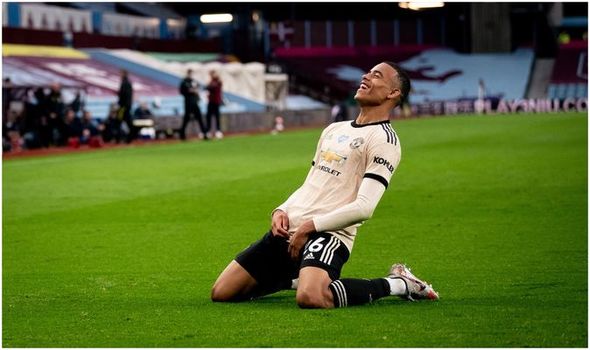 “I think people all over the Premier League have realised there is a real talent on the books of Manchester United and it’s been just a question of time before he gets his chance.

“It was the same with Marcus, he didn’t have to wait either and they put him in early and, as a result, they find themselves with a young but very, very talented forward line.”

Greenwood, perhaps fortunately for Hodgson and co, is doubtful to feature after suffering an ankle injury in Monday’s draw with Southampton following a late challenge from Oriol Romeu.

United boss Ole Gunnar Solskjaer said: “In the heat of the moment he’ll play on and adrenaline gets you going, and then you get a little bit of reaction after.

“I said after the game that my ankles were a bit weak after many years of football. But obviously Mason carried on and I think it should have been looked upon by the referee definitely.”

Solskjaer also has concerns at left-back after Luke Shaw and Brandon Williams were forced off against the Saints.

Shaw will be given “as much time as possible” to prove his ankle has recovered but Williams should be available.

Solskjaer said: “Brandon should be fine, he has a gash over the eye but if he can see out of it then… we’ve not trained obviously this morning yet but we’ll hopefully have two, maybe all three of them.”

Tottenham vs Ludogorets live stream: How to watch Europa League fixture online and on TV tonight

Man Utd team news: Predicted 4-2-3-1 vs Crystal Palace – Solskjaer to make three changes
What channel is Crystal Palace vs Man Utd on? TV, live stream info for Premier League game
Best News
Recent Posts
This website uses cookies to improve your user experience and to provide you with advertisements that are relevant to your interests. By continuing to browse the site you are agreeing to our use of cookies.Ok