It’s an open secret that Manchester United are hoping to sign Jadon Sancho this transfer window, with Ole Gunnar Solskjaer determined to snap him up. That hasn’t stopped the Norwegian and Ed Woodward drawing up a list of alternatives, however. And, out of all the names that have been linked with a move to Old Trafford, Memphis Depay would make the most sense.

If all goes to plan, Manchester United will have Sancho in their squad by the time the transfer window shuts on October 5.

They have tried twice in the past to land the England international but, this time around, they’re hoping it’ll be third time lucky.

United are currently negotiating with Borussia Dortmund, determined to strike a deal for less than the Bundesliga giants’ huge £108million asking price.

But, behind the scenes, they’ve also drawn up a list of alternatives.

Schalke star Rabbi Matondo is on the list with the 19-year-old impressing over in Germany and catching the eye for the Wales national team.

Argentine winger Thiago Almada has also been put on having scored four goals and registered one assist from 22 matches this term.

And Kingsley Coman is also an alternative, with United believing the Bayern Munich star wants to move to Old Trafford if he’s allowed to depart the Allianz Arena. 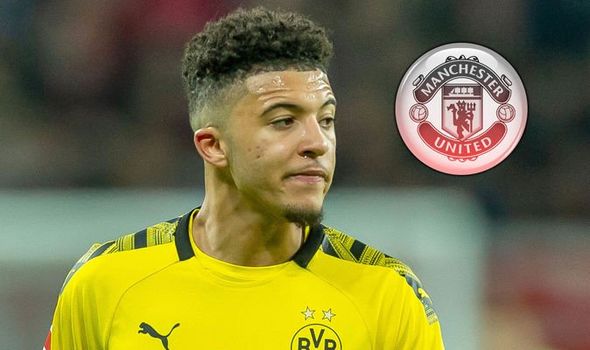 However, while the trio are all good players, it is Depay who would surely make the most sense for the club.

Back in the summer transfer window of 2015 Louis van Gaal sanctioned a move for his compatriot, who had sparkled in the Eredivisie with PSV Eindhoven.

Big things were expected of the forward, whose goalscoring antics and tricky style of play drew comparisons with a young Cristiano Ronaldo.

Things started well enough for Depay with the Netherlands international scoring a brace in a Champions League qualifier against Club Brugge at Old Trafford.

But the player never realised his potential at the club, angering Van Gaal with his off-field activities.

Jose Mourinho promised to give him chances when he replaced Van Gaal in 2016 but that didn’t happen, with Depay sold to Lyon just months later. 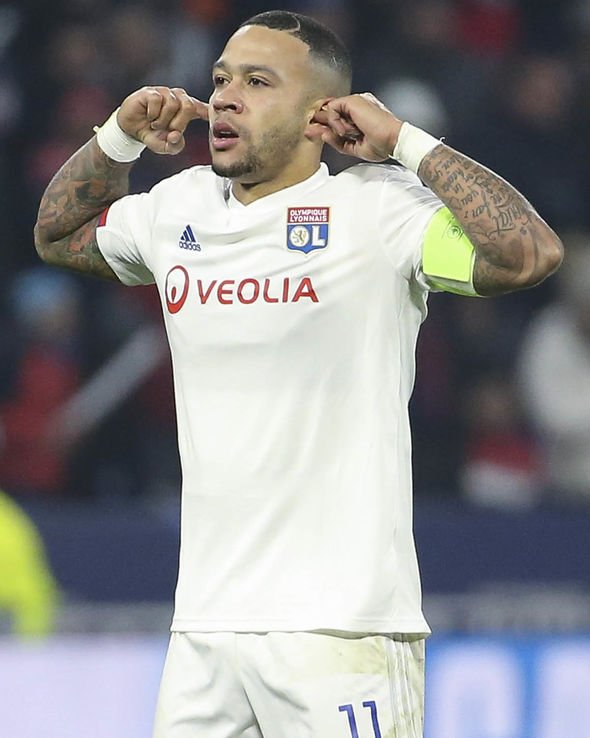 In the time since, though, Depay has done well away from the Premier League – establishing himself as one of the best attacking players in Ligue 1.

He was involved in 20 goals from 36 games the previous year, scoring 10 and assisting 10 as well.

And, in his first full season in France, he bagged 19 goals from 36 matches.

United want Sancho because of his goalscoring prowess and creative instincts, believing he can propel the club back to the top of the Premier League.

But Depay would be a worthy alternative. And, what’s more, is that the Red Devils can sign him easily at any point should they choose to.

It was confirmed by Lyon chief Juninho earlier in the year that United have the priority when it comes to Depay, having inserted a buyback clause into his contract when he left three years ago.

“Manchester [United] has a priority if several clubs line up to buy him,” he said.

“But we have not received any offers so far. He is really happy right now in Lyon. He deserves the armband like others.

“Rudi (Garcia) will soon make his decision. He is a technical leader. We will discuss an extension of contract by the end of the year.”

Matondo, Almada and Coman would all likely set United back financially should they be forced into signing a Sancho alternative.

But Depay would be straightforward and, having flopped at Old Trafford before, would no doubt relish the chance to return and prove his critics wrong.

Arsenal boss Mikel Arteta sent message to Mesut Ozil and Matteo Guendouzi after FA Cup win
Mikel Arteta urged to sign two players after Arsenal beat Chelsea to win FA Cup
Best News
Recent Posts
This website uses cookies to improve your user experience and to provide you with advertisements that are relevant to your interests. By continuing to browse the site you are agreeing to our use of cookies.Ok